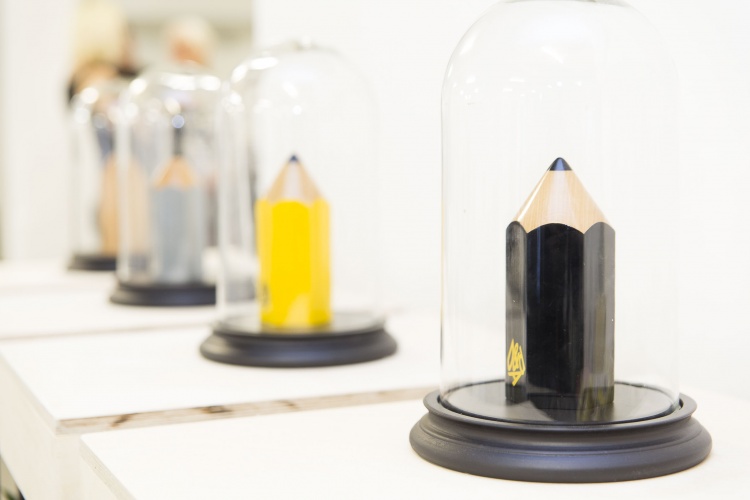 Now in its 55th year, the Design and Art Direction (D&AD) Professional Awards took place last night (27 April) in London, with five of the highest award black pencils being handed out, and more than 700 pencils awarded in total.

There were 62 yellow pencil winners overall, while 180 graphite and 485 wood pencils were also awarded.

Studio Sutherl& is the most awarded design consultancy this year, winning eight pencils overall and two Yellow – one for their work creating limited edition Agatha Christie stamps for Royal Mail and another for its Somos Brasil book design project.

This year’s President’s Award winner is Michael Johnson, creative director at Johnson Banks, who is also a former president of D&AD and Black Pencil winner.

For the first time in the history of the awards the United States has topped the country rankings, winning 182 pencils, while the UK is second with 164 in total.

D&AD CEO Tim Lindsay says: “What an outstanding year for creativity. Five black pencils, all hugely deserving of the Award. What unites them is a clear desire to create a better world, whether it’s promoting diversity, safety or inclusivity but what is really fantastic is that they win this coveted award for their craft. Proof that creativity as a force for good lives outside of a single category but has become an all-encompassing theme.

See the full list of yellow pencil design winners below.

All images courtesy of D&AD