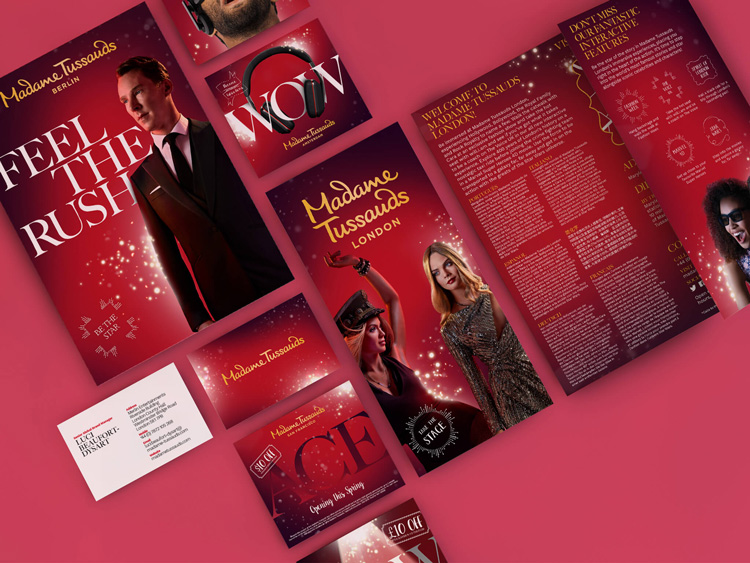 Consultancy SomeOne has designed a new visual identity for London attraction Madame Tussauds, which aims to make the museum more “compelling” for local families as well as tourists, and stop visitor numbers “plateauing”.

The studio has worked on its global print communications and advertising, alongside brand strategy and designing a new version of the museum’s logo. 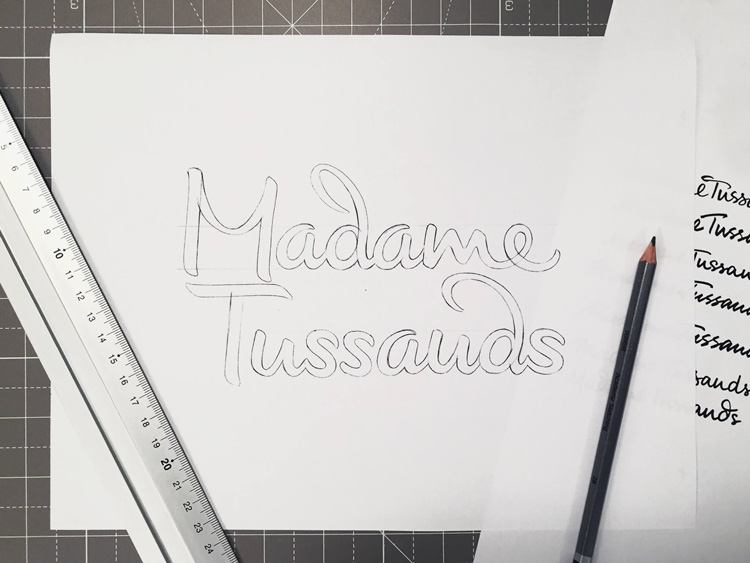 The script typography has now been softened, and the star emblem sitting beneath the logotype has been removed.

SomeOne also employed a red, white and gold colour palette and a new serif typeface for copy across marketing materials, alongside “sparkle” iconography and new portrait photography, taken by photographer Sorted. 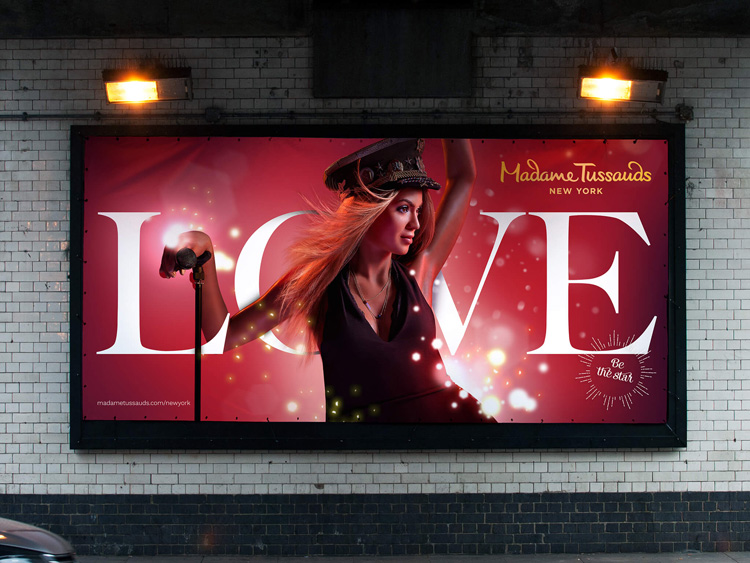 “We are trying to portray the content in a much more compelling way,” says Holt. “We’ve used coloured lighting and the sparkle effect to bring the waxwork figures to life in front of you.”

The new look aims to move Madame Tussauds away from being “just about wax-modelling”, adds Holt, which “feels sedate and not that entertaining”. 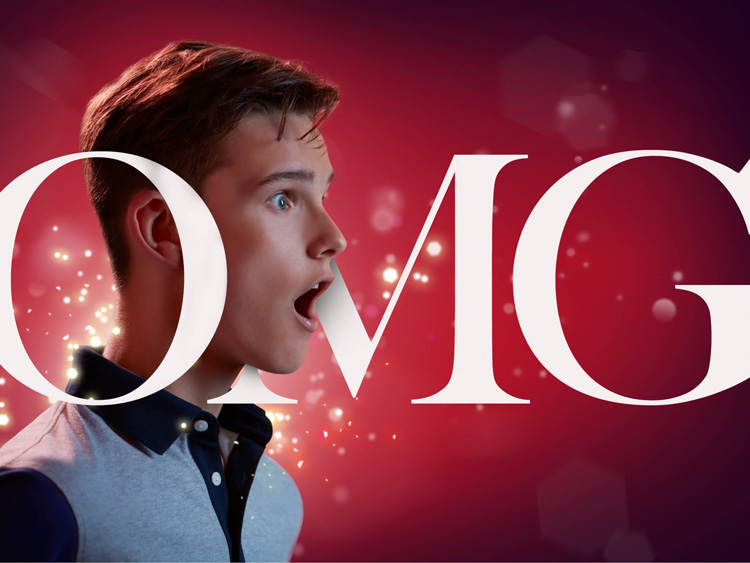 The communications also include “short, sharp statements” that aim to translate easily across multiple languages such as Turkish and Arabic, to work across the attraction’s global sites.

“Madame Tussauds has expanded globally, and now has three-dimensional immersive cinema and theatre experiences,” says Holt. “In terms of waxworks, there’s also something for everyone – it’s not just A-list celebrities, it includes everything from bloggers to cartoon characters. It’s more entertaining, accessible and experimental.”

The new look hopes to boost visitor numbers for the museum, which are “in danger of plateauing”, he says, and “attract new audiences” such as younger people and local families, alongside its existing main demographic of tourists.

Madame Tussauds, which is based on Marylebone Road near London’s Baker Street tube station, was first established as a waxwork museum in 1884. 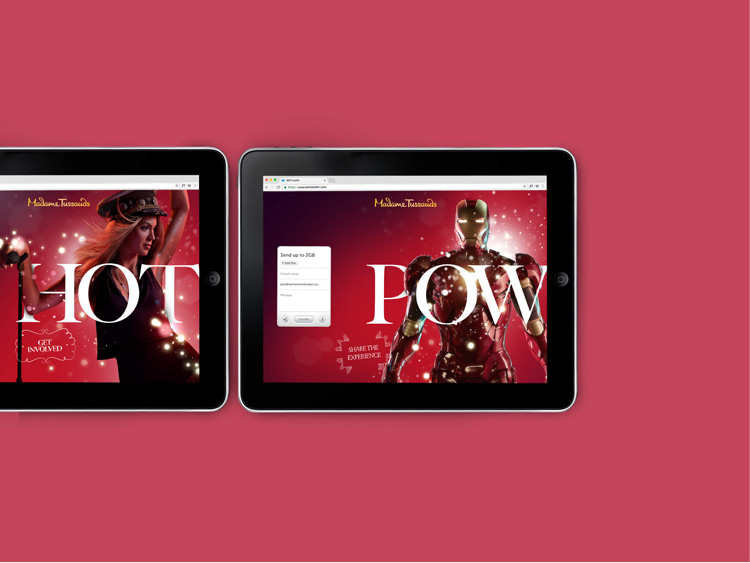 Print and broadcast campaigns, along with a refreshed online presence, will begin rolling out this month.