Computing and software design company Kano has launched a new personal laptop which aims to rethink how computers are used in the classroom.

Traditional laptops brought into a school setting are rarely designed to perform to the needs of teachers and children, according to Kano. Components of computers are usually “locked away”: if one element breaks (and the most common offenders are the battery, speakers and keyboard) research from the company shows the whole laptop is usually thrown out or replaced at great cost to the school.

The Kano PC is designed with “modularity at its core”, according to the company’s industrial design lead Bruno Schillinger, with users able to build and update their devices and learn something in the process.

The new PC features the bright orange, blue and red colours that have become part of the brand’s “recognisable design language”, says Schillinger. Kano fans will be able to recall similar colourways on previous products, like the Barber Osgerby co-designed self-assembly computer kit from 2013, or the DIY coding kit from 2016. This is partly because of aesthetic continuity, but it also serves a practical function.

“With our Kano system, red represents power; blue is audio; green is data; and orange is control,” he says.

With the casing for the laptop being see-through, users can use this colour code to identify different elements of their machine. When the power cord or speakers are plugged in, for example, lights on the inner circuits of the PC flash red or blue respectively.

“We developed this design language so that it would allow not just the teachers, but even the students to repair devices should they break after an extended period of use – they’re designed to be robust enough for classrooms, but at the same time accessible enough to be fixed,” Schillinger says. 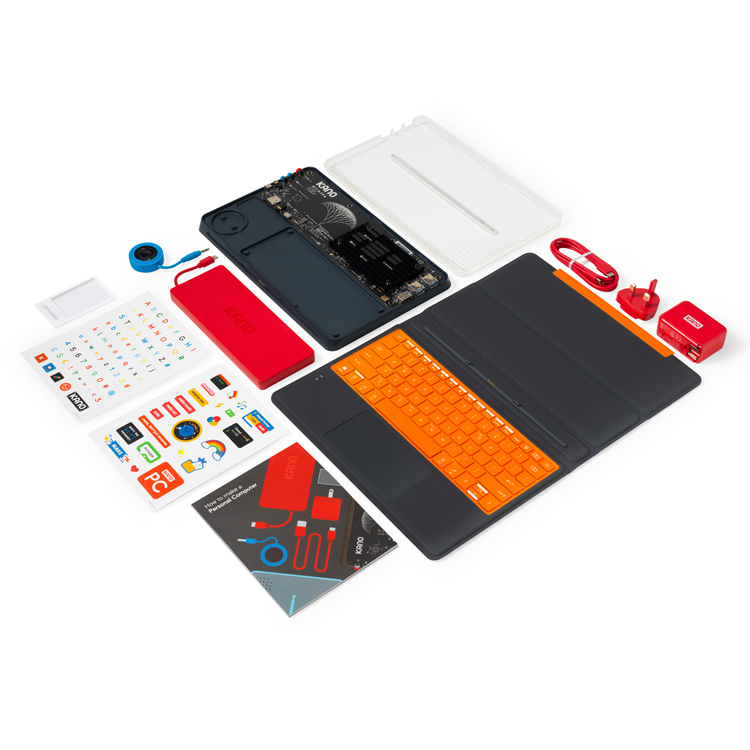 “Anyone should be able to interact with electronics”

Children and teachers were consulted and worked with throughout the process to gauge what it was they actually wanted from classroom PCs. By “unlocking” the electronic connections found inside computers, Schillinger says the Kano PC goes beyond being a passive device: “Its computing that you create, not just consume”.

Rather than being modular “just from a practical standpoint”, he says, this feature also serves an educational purpose. People are often “scared” of electronics, Schillinger tells Design Week, because PC companies often hide circuitry away and make devices “impenetrable”.

“If they’re designed in the right way, anyone, including children, should be able to interact with electronics,” he says, pointing to features of the device like its simplified circuit board and “clip-in” mechanisms. “For the Kano PC, we’ve worked to create something that children can assemble themselves with really tangible feedback – this helps them learn the relationship between different elements.” 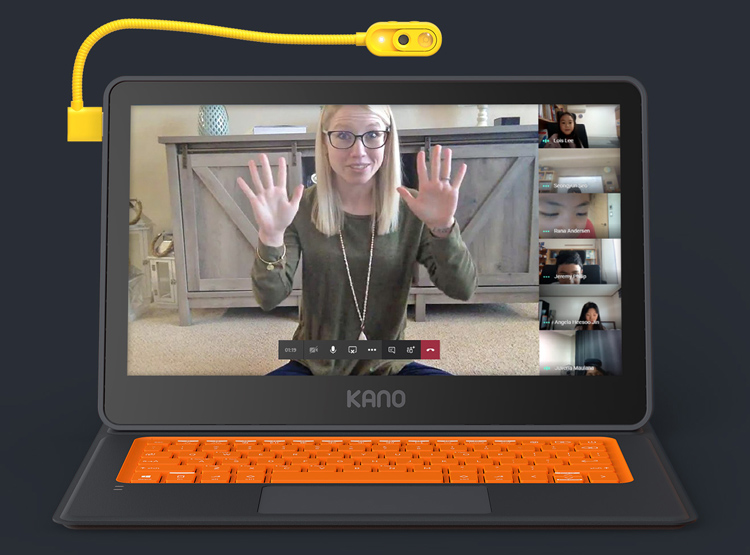 “The timing is good”

Though the Kano PC is the culmination of years of development, its launch in the midst of a global pandemic is “a moment of real serendipity”, according to Kano founder Alex Klein.

“We’ve always had this view that the true test of a Kano product is if you can give it to a 10-year-old and with minimal supervision have them understand it themselves,” he says. “And now somehow we’ve managed to release this machine at a time when individual learning is more important than ever.”

Even before the pandemic, Klein says, features were added to the device that championed individual learning, since this is how most children learn today. For example, an “innovative” webcam can be installed, which can be angled on an arm as needed and comes with a magnifying feature that is “perfect for online science or art lessons”.

“We approached the idea in an end to end way to design a product for the needs of tomorrow, and not the needs of yesterday – the timing is good,” Klein says. 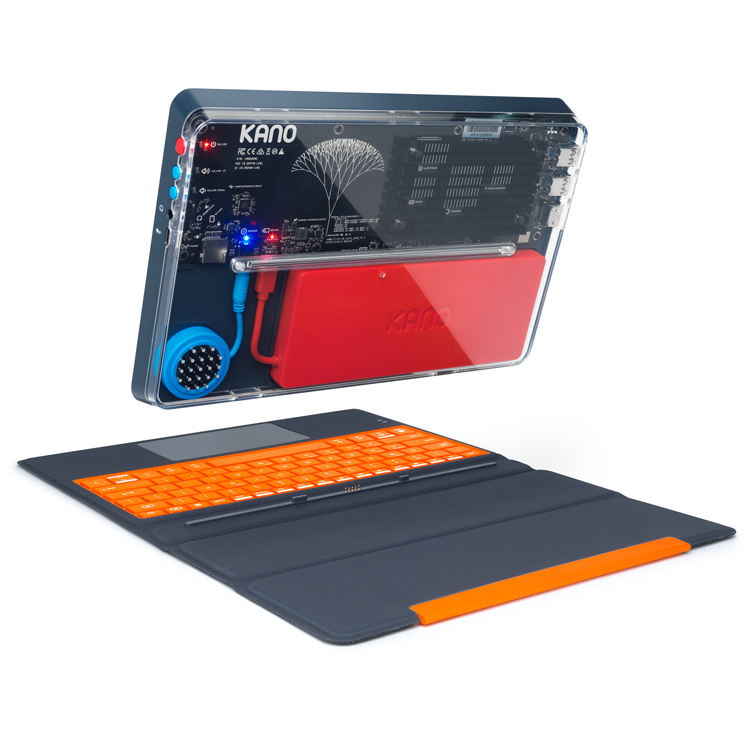 Through Kano’s work with Microsoft, this new PC runs on Windows. The company’s previous devices used a Linux system. Unlike other Windows-powered computers however, the Kano PC features a “simplified” version of the system which removes some of the “noise” and makes it easier and more intuitive for children to use.

“The software we’re launching on the PC is guided by user experience,” Klein says. Additionally, each device comes with a year’s worth of learning tools, with videos on design, coding and science being directly streamed to the laptop for a “step by step guided learning experience for both children and teachers”.

“These will help children to make their first game, draw their first circle and so much more – we want to make it so that maybe one day in the future, the artwork on the family fridge isn’t drawn with crayon, but created digitally with computers,” he says.