The southern American state of Mississippi has reached the final stages of launching its new state flag — its first update in over a century.

Its previous flag was designed in the late 19th century and adopted in 1894, and featured the controversial Confederate emblem. When it was retired earlier this year, the state department asked the public for submissions for a new state flag.

Mississippi Archives and History director Katie Blount has organised the committee in charge of picking the new flag. She tells Design Week that the process, which has attracted more than 3,000 submissions, has been “heartening”. It’s an opportunity for Mississippi to change “perception” of the state, she adds.

Why is the Confederate battle flag controversial?

The Confederate States of America refers to the group of states which fought against the United States during the American Civil War (1861—1865). These states, which include Alabama, Mississippi and Florida among others, relied on slave labour which was threatened by the opposition leader, Abraham Lincoln.

Confederate symbols including the blue saltire (cross shape) with 13 red stars — which appeared on Mississippi’s flag until June — are seen as far-right symbols, often associated with white supremacist groups. In 2003, Georgia redesigned its flag which meant that Mississippi’s was the only remaining flag to feature the Confederate symbol. 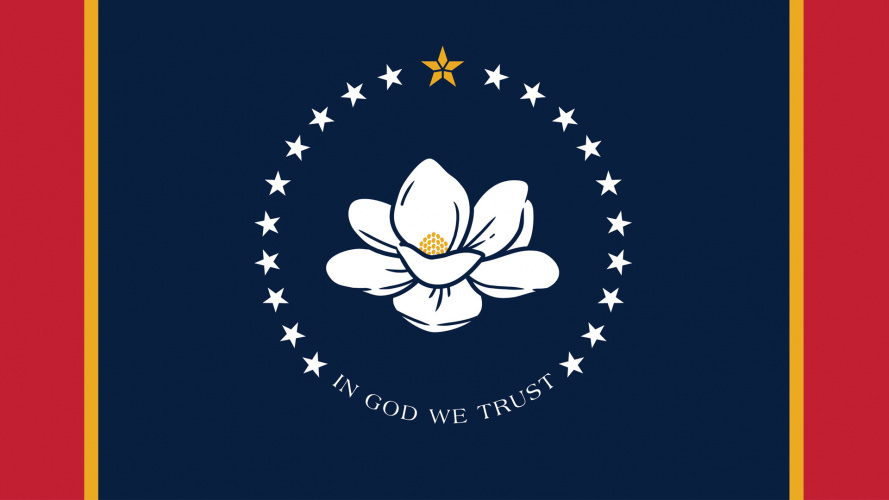 Although there had been calls to alter Mississippi’s flag design in 2003, the 1894 design was retained. In 2015, a effort was made to alter the flag following the shooting of nine black people at a South Carolina church shooting, when the perpetrator was an admirer of the Confederacy.

Earlier this year, following the killing of George Floyd and the ensuing protests, Confederate statues were toppled across America, in a similar way to statues associated with the slave trade in the UK. The issue of changing Mississippi’s flag was raised once more. This time, it was supported by state organisations, including universities, sports organisations and churches. Retailer Walmart said that it would stop displaying the flag at all of its store locations across the state.

The road to redesign 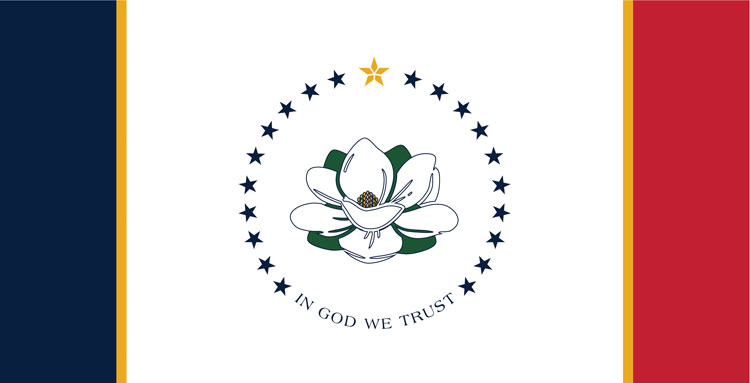 Katie Blount has headed up the redesign process, and says that the level of public engagement throughout has been “very heartening”. “I think Mississippians see the flag redesign process as an opportunity to improve the perception of our great state,” she adds.

After a bill was passed to change the flag, a body called the Commission to Redesign the Mississippi State Flag was set up with nine members from various state departments. There are two stipulations for the flag: it should not contain the Confederate symbol and it must include the phrase “In God We Trust”. 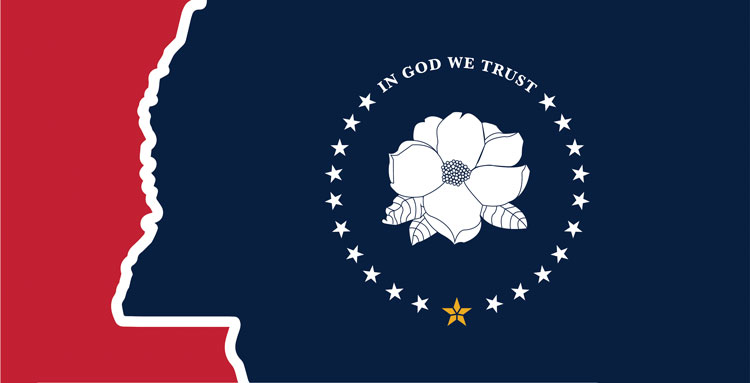 Committee-based design can be unwieldy, but Blount explains that graphic designers have been involved throughout the whole process. In asking the public for submissions, the commission also drew attention to the principles set out by the North American Vexillogical Association:

The process has attracted a great deal of public engagement. There were over 3,000 submissions from the public in the initial stages, which were narrowed down to over 100 and finally to nine.  The public nature of the design process has resulted in some memorable submissions. By an administrative error, one design known as the Mosquito Flag, made it through to the longlist though it was quickly withdrawn.

The state has now released the final five designs. Beyond the stipulations, there are common threads in the final designs. America’s blue, red and white colour scheme runs throughout. All but one of the flags feature the state’s national flower, the magnolia.

The focus on the magnolia is understandable, Blount says. It was designated as state tree in 1938 and as the state flower in 1952. “The magnolia is easily recognisable and seen throughout the state,” she says. It’s even often referred to as “The Magnolia State”.

On some of the flags, there are 21 stars. 20 stars symoblise Mississippi’s status as the 20th state. The 21st star has been included to commemmorate the Mississippi Band of Choctaw Indians, a tribe of Native American people and indigneous people in the state more widely.

A final flag, known as the Great River Flag, features a shield which is inspired by the state’s 1798 Territorial Seal. The water referenced in the flag design is a reference to the state’s rivers; the Mississippi River is the second longest river in North America.

“Mississippians will decide this issue on election day”

There is currently a non-binding vote on the designs to choose a favourite — a poll that has attracted almost 50,000 votes. So far, the Great River Flag has almost 40% of the votes. These five designs will also be produced and flown outside the Old State Capitol building, Mississippi’s previous statehouse. The commission will take the public poll into consideration during the final decision process. Once a final flag design is chosen, it will be put up for referendum on 3 November 2020.

If it is rejected, the commission will start the process again the following year. This would be a whole year without a state flag. But Blount seems assured that the openness of the process will raise the chances of the project’s success.

“This process has been open and transparent from the beginning,” she says. “We made public all of the nearly 3,000 flag submissions.” She adds that the state has been getting a “positive response” for being so open. “Ultimately, Mississippians will decide this issue on election day.”