Twenty-seven years ago, Pearlfisher was an incredibly small outfit. Founded by a trio of designers in London, including husband-and-wife duo Karen Welman and Jonathan Ford, alongside their friend and colleague Mike Branson, the three grew the business into the global design operation it is today, with four worldwide offices, over 120 staff and an illustrious list of clients.

Co-founder and chief creative officer Welman – also a mother of four – played a pivotal part in the studio’s growth, its creative direction and its versatile range of projects, from collaborations with Cadbury to Chinese sanitary brand, Femme.

The designer, business owner, mother and wife died this week, aged 59, following a heart attack while on holiday in Greece with her family and friends. She is survived by her husband, and her four children, Jasper, Ophelia, Chloe and Oscar.

She leaves behind her a rich design legacy, that will live on in the variety of branding and graphics projects she embarked upon, her charity work, and her wide range of business gambles, from a babies’ clothing range to a luxury gym. Having led Pearlfisher from the ground up, her legacy will also live on in all the studio’s future projects and ventures.

And as a person, she will live on in the “literally thousands” of people she got to know over her lifetime, says her husband Ford.

“Karen was an amazing wife, mother, designer, entrepreneur, partner, boss, friend, sister and relative,” he says. “She was also a creative genius and all-round inspirational woman. She always surprised and inspired, not only me, but our global teams and clients with her brilliant imagination and fearless determination to make the impossible, possible.”

But Pearlfisher was not Welman and Ford’s first venture. They first met after university, working as graphic designers at prolific London-based studio Michael Peters & Partners in the 1980s, which has since disbanded. The studio was formative, taking on clients such as the BBC, Virgin and British Airways. 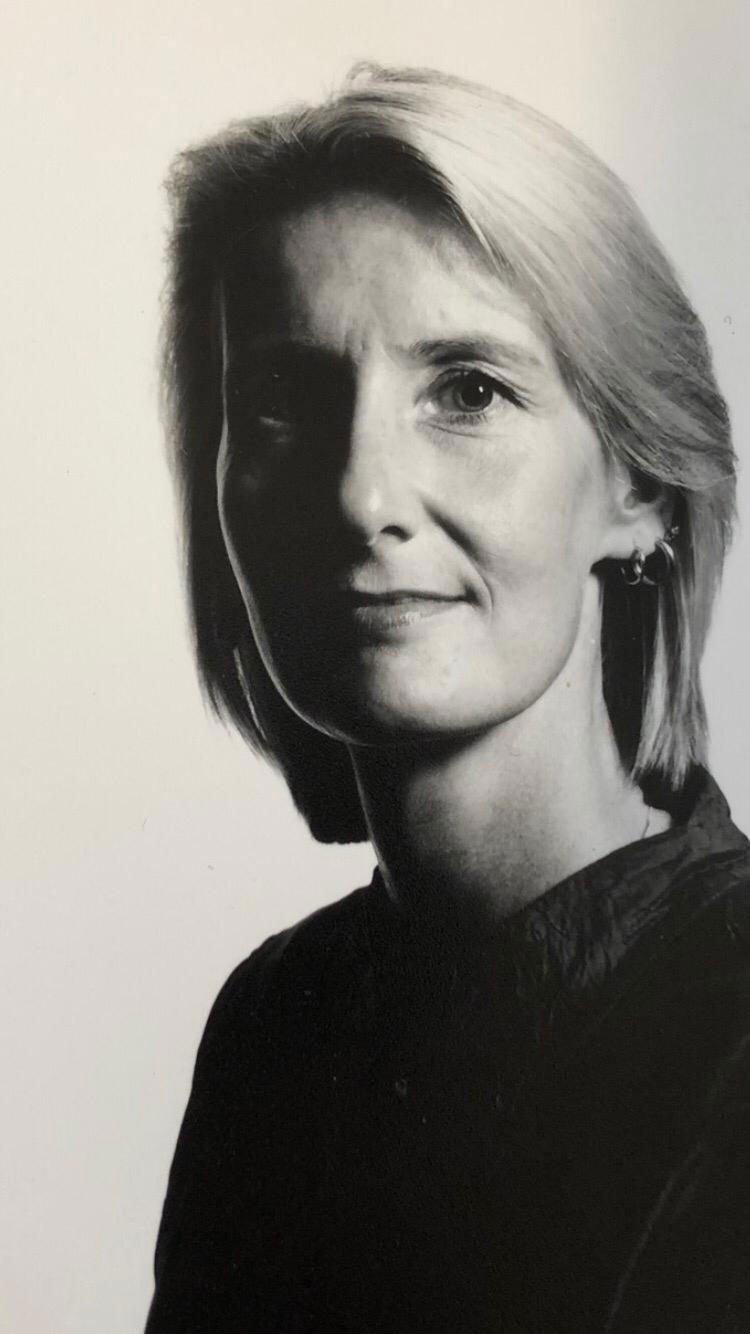 “I first became best friends and then fell in love with this beautiful, tall, jewellery-adorned designer who had blonde, black and blue-tipped hair, and a sparkle in her eyes,” says Ford in a message to Pearlfisher, which has been shared with Design Week. “[Even] then, she was a creative maverick who seemed to cause fun, mayhem and brilliance in whatever she did.”

While working at Michael Peters & Partners, Welman and Ford spent three years in the US trying to build up a New York presence for the studio — this office then became known as Sterling Design, which they helped to get off the ground.

After Michael Peters & Partners fell into financial trouble, Peters shut up shop in 1990. Welman and Ford joined forces with former colleague Branson and founded Pearlfisher in 1992.

Pearlfisher’s first ever client was well-known chocolate brand, Green & Black’s. Welman previously described working on the company’s branding as a “defining moment” in her career, and this paved the way for a vibrant trajectory for the new studio, with clients like Unilever, Coca-Cola, Absolut Vodka, Innocent, Jamie Oliver and Waitrose under its belt.

Under Welman’s direction as chief creative officer (CCO), Pearlfisher has tried to set itself apart from other branding studios over time, by not only focusing on fast-moving consumer goods (FMCG), but branching out into an interesting mix of both traditional and left-field clients.

It has expanded its repertoire into product design territory through hiring structural and three-dimensional (3D) packaging designers, and in doing so has helped to create ingenious packaging solutions for various brands. This includes transforming Wagamama’s takeaway offering through to creating a sophisticated and empowering design for sanitary brand Femme, which has helped to bust stigmatising views about periods and tampons in China.

As CCO, Welman led the way in pushing creative boundaries, and exceeded what was expected from a traditionally, branding-focused business.

Her ability to cross design disciplines also came across in some of her personal projects, which showed that, despite being part of a senior management team, she never lost her love for the creative side of the industry.

One personal venture was 37 Degrees, which she branded and helped to develop in 2004 — a new clothing line for babies that used NASA-developed material to regulate the wearer’s body temperature, showing her ability to think about invention and industrial design, despite having no formal training in this area.

Welman also veered into the luxury field — another business venture was The Clock, a private member’s gym chain in London which she both founded and designed.

Additionally, her passions led her to charities — after her and Ford’s daughter Daniella tragically died from leukaemia in 1999, the pair set up a memorial fund, with money going towards Great Ormond Street children’s hospital, to help fund teaching and research into leukaemia and bone marrow transplants.

Welman went on to continue work with the hospital’s charity for decades, partnering with famous hairdresser John Frieda in 2011 on one project — a beautiful, coffee table book including illustrations of hares, which was reproduced and sold to raise money for two new operating theatres.

Later, her work led her to explore social consciousness as a designer — The Pearlfisher Garden, which went on show last year at the annual, RHS Chelsea Flower Show, was an underwater celebration of exotic foliage, shedding light on the destructive impact of plastic pollution on our oceans.

The aquatic installation included planting an eclectic mix of cacti and plants, which sat alongside a 3D-printed sculpture of a pearl diver made from recycled plastic to symbolise the impact humans are making on the environment, and looked to encourage designers, governments and businesses alike to think about their material and packaging choices.

Speaking about the project last year, Welman expressed that she felt designers have a responsibility to create things ethically and sustainably, as well as highlight global issues through their work.

“We saw an opportunity to creatively highlight one the of world’s most pressing problems through design, and make change,” she said. “My vision for The Pearlfisher Garden is to use bold, experiential design to showcase what we’re set to lose, and ultimately, change behaviour. I hope it will inspire and educate.”

The rogue project was indicative of her daring nature, says her husband Ford. “I tried to stop her because I felt [the garden] was too difficult, out of our comfort zone, crazy and impossible,” he says. “But she then single-handedly won gold at the show with her first ever garden design — not bad for someone who hated gardening.”

It was this attitude to stand up for what she believed in and shout about the things she deemed to be important that set her aside from other creatives, says her friend and fellow Pearlfisher founding partner, Branson.

“Karen was an incredibly loyal friend and colleague, as well as being one of the greatest designers and creative visionaries this industry has ever known,” he says. “We will all miss her in so many ways but her zest for life, drive and inimitable design influence will live on in her work.”

And to celebrate her life, Ford is not asking for “sympathy or flowers” but instead imploring all those who have worked with or known her to take on her imagination and sense of freedom.

“Embrace her creative spirit and infuse it in all your work ideas and ambitions,” he says. “If you have an idea that feels impossible, weird, odd or uncomfortable, don’t back off from it — the chances are you are on to a Welman.”

Karen Welman died on 24 June 2019, aged 59, and is survived by her husband Jonathan Ford, and her four children Jasper, Ophelia, Chloe and Oscar.

Jony Ive is leaving Apple to form his own design company