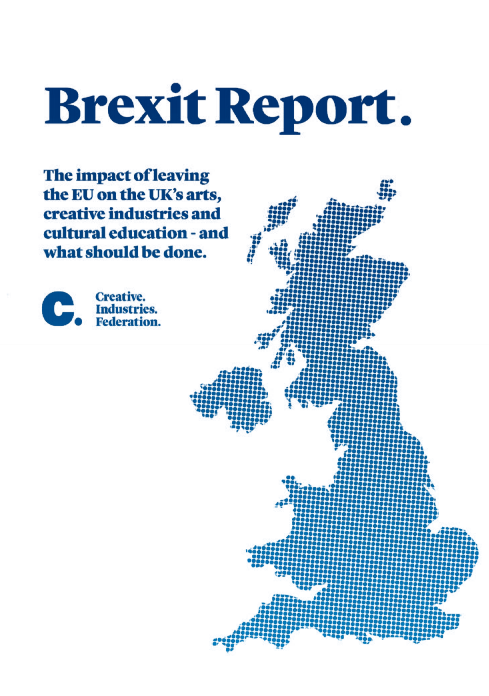 A report has been published showing the creative industries’ main concerns following Brexit are around access to talented people and EU funding.

The Creative Industries Federation has released the Brexit Report, which looks at the impact of leaving the European Union on the UK’s creative industries and creative education. It also makes suggestions on what could be done to “secure the future” of the sector.

The report is a joint project between the Federation and the Creative Industries Council, and is based on evidence from 500 contributors collected at 11 meetings held by the Federation nationwide. It has also been presented to the Government’s Department of Culture, Media and Sport.

Leaving the EU will mean tightened immigration laws, and therefore greater restrictions on freedom of movement of people between the UK and EU countries.

The UK currently receives funding from EU schemes such as Horizon 2020, an €80 billion (£72 billion) initiative for research and innovation, and Creative Europe, a programme supporting the cultural sectors.

When the UK leaves the EU, it will be at risk of losing access to such funds, though chancellor of the exchequer Philip Hammond has said that funds granted before this year’s Autumn Statement in November are guaranteed even after the UK leaves the EU.

The creative industries have faster growth than any other UK sector – the design industry generated £71.7 bn in 2013 to the UK’s economy, and roughly 1.5 million people are currently employed as designers. Exports of creative services and products make up 9% of all UK exports. Leaving the EU could mean limits on trading between the UK and EU countries.

Access to the EU’s digital single market, and to protection from EU copyright and IP laws, could be undermined when the UK leaves the EU. The Digital Single Market allows free movement of digital goods and services across EU member states, and also regulates copyright of digital content.

To read the report in full, head here.