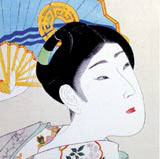 Steers McGillan has redesigned the identity for the 114-year-old Museums Association. It will be unveiled in May to reflect the organisation’s repositioning.

The marque will be applied to all membership literature, including leaflets, a yearbook, conference material, directories and a website. It will also be introduced to the charity’s magazines Museums Journal and Museums Practice.

The association has decided to drop its abbreviated ‘MA’ logo, which was ‘inflexible’, according to Museums Association head of marketing Michael Wright.

‘We have had problems communicating with our members, and the design of our identity was one issue,’ Wright says.

The organisation also wants to broaden its audience, he adds. The refreshed look will be used in various guises, such as alongside a series of ‘faces’ drawn from museums’ image archives.

Steers McGillan was appointed to the project in October 2002 after a four-way creative, paid pitch against Esterson Lackersteen, Conibear Design Associates and freelance designer Gary Cook.