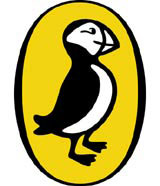 Poor Puffin. The children’s book publisher is retiring its beady-eyed 1963 bird in favour of a livelier, if rather smug, avian identity. ‘None of us liked the puffin [anymore],’ said Puffin managing director Francesca Dow when Pentagram hatched the new logo last week.

It seems the 1963 version far outlived its life expectancy. In the 1940s, the bird had four incarnations: 1940 was overweight; 1941 looked like a sparrow; 1946 was carrying something dubious; and 1947 had a messy beak and a circle. But something in the ‘Eastern European quality’ (as Pentagram’s Angus Hyland describes it) and calculating stare of the 1963 chick obviously clicked. How long will Hyland’s puffin rule the roost?