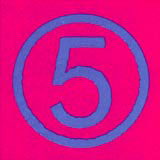 Channel 5 is set to introduce a new on-screen identity, created by London design group Kemistry. The project has been carried out in tandem with the TV channel’s in-house promotion and presentation departments.

The group was appointed as design consultant to the channel in May this year, following a creative pitch against unnamed competitors.

The new identity will be unveiled on 4 September, to coincide with the launch of the autumn season programme schedule.

The identity project, which includes elements such as the main and generic on-screen titles plus promotional trailers, is expected to be the first of a number of assignments Kemistry will carry out for Channel 5.

Channel 5 head of promotion Rachel Bush says, “Kemistry has demonstrated a clear understanding of the design issues that we had decided to address and has worked well alongside our in-house teams.”

Kemistry marketing director Guy Hewitt says, “As the UK’s fifth terrestrial broadcaster, C5 represents an important win for Kemistry. It has provided us with the opportunity to apply our branding and design skills to this exciting and leading challenger brand.”

Previous on-screen projects carried out by Kemistry include titles for BBC programmes such as Hope & Glory and Monarch of the Glen, and on-screen work for the Sci Fi Channel, The Discovery Channel and VH1.