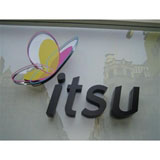 The consultancy has been briefed by Itsu founder Julian Metcalfe to introduce a key focal design element into each of the new outlets. Sites in London’s Upper and Lower Regent Street, the Paternoster Building and a fourth, undisclosed location will open towards the end of this year and in early 2007.

According to Cada founding director David Callcott, the consultancy is also working with Itsu to develop franchises in New York – the restaurant’s first venture outside London.

Cada’s appointment builds on the consultancy’s earlier designs of free-standing kiosks for the chain. ‘We are discussing the manufacturing of the kiosk prototypes with a view to a roll-out programme,’ says Callcott.

The consultancy has also been appointed by Metcalfe to the Prêt à Manger design roster. It is currently developing the Prêt store format, introducing what Callcott describes as ‘new benchmarks’, such as raised platforms, ‘comfort’ seating zones and drop ceilings.

Callcott says that Prêt à Manger is embarking on an ‘aggressive’ build programme, with plans to open 11 shops in the next five months and up to 25 by the end of 2007.