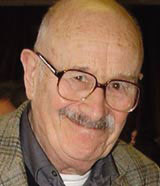 Even the most simple signs leave plenty of room for misinterpretation. David Bernstein says it’s always worth asking how a design can be misunderstood

You don’t have to be Leonardo da Vinci to be in the code business. We’re all in it – writers, designers, consumers, anyone who communicates.

Language is a code. Language encodes thought. The transmitter encodes and the receiver decodes. Oral language was invented by primitive man to give names to things and feelings. Millennia later, writing gave visual shape to the sounds. Written language is therefore a secondary code.

Text-messaged English is a tertiary code, learned, practised and adapted seemingly without effort by the young: a code that becomes part of ordinary written and printed communication. Eventually it will cease to be regarded as a code. And that is the fate of conventional language: we rarely, if ever, think of it as a code. More’s the pity. If we did, we would have to think about the receiver: does the person at the other end know the code?

Reg Starkey tells a cautionary tale. He was in Bournemouth one evening and rang the station to inquire about the time of the last train to London. ‘Twenty to 11’, he heard. That would be fine. He got to the station at half past ten to discover that the train had left, on time, at 22:11.

(Language moves on. I wondered recently what I would have made of this news headline 20 years ago: ‘Virgin suspended between London and Birmingham’.)

The word ‘communication’ comes from the Latin ‘communicare’, which means ‘to share’. Unless there is a shared language, what is transmitted is likely to differ from what is received. A vital question, asked rarely, of any piece of communication prior to transmission is: ‘how can this be misunderstood?’

Was this asked by D8, the designers of the identity scheme for the Scottish Six Cities Design Festival (DW 27 July)? The logo contains three parallel and identical vertical bars. A cricket festival, I thought. In Scotland? Probably not. But why three bars for Six Cities? I was stumped. Then I read the accompanying article and the explanation by D8’s chief executive: the bars ‘are designed to be reminiscent of a collection of buildings on a city skyline.’ Mmm… then why are they all the same height?

Checking for potential misunderstanding is not easy. It requires empathy and imagination, disengaging oneself from a mindset formed by familiarity and habit. Take the lift. Or, if you prefer, the elevator. Which is the first floor? Depends which one you take.

I was awaiting the lift in a Regent Street office block. It seemed to be stuck on the sixth floor till I realised that the building had only four floors. The illuminated sign I had taken to be a ‘6’ was in fact an angular ‘G’. The lift had been waiting for me.

Signs used to convey information eschew words and are thus able to communicate not only to the illiterate but across borders. Alan Fletcher calls them ‘visual cliches’ and ‘the fastest way to express something’. No fear of ambiguity it would seem. And yet… there is on my coffee sachet the second oldest visual cliché (runner-up to the pointing finger) – an arrow. Is it meant to indicate where I begin to tear the sachet or the direction of tearing, in which case I begin, presumably, from the other end of the arrow?

I may be obtuse, but I’m sure I’m not alone. Just as I’m certain there are transmitters among us – writers and designers – who fail to think like receivers, fail to ask ‘How can this be misunderstood?’.