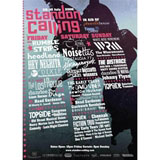 In an increasingly hi-tech world, digital printing has yet to persuade many graphic designers of its benefits. Yolanda Zappaterra speaks to printers to find out why

Designers are surprisingly reluctant to be drawn on digital printing, not wanting to look like luddites, yet deeply suspicious of the quality achievable. Perceptions generally are that digital printing is good for personalisation and one-to-one direct mail projects, for jobs with a quick turnaround time, and for short-run projects where the quality is not as important as keeping costs down.

But is this fair? Sarah Philp at printer The Charlesworth Group thinks not. ‘Things have changed as digital technology has developed,’ she says. ‘Solid colours, colour consistency and colour matching used to be limiting factors, but these are no longer a problem on newer presses. Quality in general is much better than it may be perceived to be by some designers, possibly from long past experience.’ 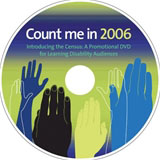 Charlesworth handles both digital and litho printing, and judging by recent digital projects from other printers who are also doing so, it would seem that the latest generation of digital presses such as the Indigo 5000 (which offers seven-colour printing) do have much to offer, not least in terms of versatility. As Simon Bucktrout at another printer, Team Impressions, explains, ‘The use of liquid ink rather than toner/powder in these presses has greatly improved the quality, especially when printing solid colours. They also enable a larger selection of paper stocks to be used, such as uncoated, trace paper, pearlescent papers and heavy weights up to 350g/m2.’

For Gary Knights, managing director of Bezier’s southern division, digital has one key benefit for the designer: ‘Because of its low set-up costs, you can produce a number of concepts and prototypes using the final production media, so what the client sees at proofing stage is what they get in the full production stage.’ Howard Smith, at Parkers Print, suggests that digital printing’s biggest advantage is ‘cost on short runs and variable data on personalised marketing. In the right hands, variable data is a very powerful marketing tool. Unfortunately, designers fight shy of it as they do not understand it, and neither do their clients.’

However, Smith is just as blunt as other printers about the disadvantages of digital for the designer. ‘There are some restrictions designers should talk over with their digital supplier, most of which revolve around usage of large areas of 20-30 per cent tints,’ he warns.

But digital printing has one undisputed advantage over litho – its Green credentials. With no film separation or plates and their associated chemicals, the ability to proof out from the press without lots of wasted studio proofs, a set-up that on average requires just six sheets (as opposed to litho, which can often take many more to perfect ink consistency and registration), and less ink wastage, digital printing is a lot more environmentally friendly than its old-school litho counterpart. Isn’t that a good enough reason to consider it? l

Advice for designers from the printers: