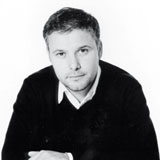 Fernando Gutiérrez is to leave Pentagram Design at the end of this month and is to set up his own design studio.

The high-profile graphic designer will relinquish the title of partner, plus his directorial responsibilities and an equity stake in the design consultancy’s London studio on 1 September, moving to what he says will be an ‘intimate, agile and scalable’ studio in London’s Hampstead with all his existing clients and staff.

Gutiérrez, known for his graphic design work for Spanish national newspaper El País and Benetton’s Colors magazine, says leaving the design group is his decision and describes the move as ‘amicable’, however he acknowledges that increasing management pressure at Pentagram did bring itself to bear.

Over recent weeks, Design Week has learned that Pentagram’s London management team has begun enforcing a tougher regime in an effort to revive profitability. The London office of the iconic design group, effectively a number of partner-led businesses that pool profits centrally, has been under pressure to turn around its fortunes ever since it filed a loss last year.

Pentagram is currently in the throes of revitalising itself and the arrival in October of Domenic Lippa, Harry Pearce and the Lippa Pearce business, will do much to invigorate the London studio (DW 22 June).

For his part, Gutiérrez says he is looking forward to having the freedom to pick and choose his projects in the cultural and commercial fold.

He is working on a number of notable projects, including the Prado museum in Madrid, the San Miguel beer brand and the launch of The Gloss Magazine, an upmarket lifestyle title for women in Ireland.

‘I want to get on with doing good work now, to be able to do projects because I want to do them, not just because they are profitable. Work is about quality. Quality design brings you status, and it is status that brings money. I don’t want to be obsessed with hitting financial targets,’ he says.

• Studied graphics at the then London College of Printing

• After graduating in 1986 he joined CDT Design, then worked with Summa in Barcelona, where he co-founded Grafica in 1993

• Elected to the Alliance Graphique Internationale in 1997

• The Studio of Fernando Gutiérrez to open in Hampstead, north west London, in September