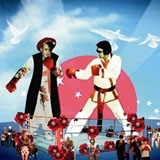 Mr & Mrs Smith has created a mixed-media-style screen graphics sequence for Battle of the Popstars – Live, which broadcasts on Five at 9pm from 3 September.

Lippa Pearce has designed this year’s D&AD Student Annual and is creating the branding for the D&AD Global Student Awards 2007, which launch on 17 September.

Eg.G has designed the identity and promotional material for The Warehouse Project, a series of concerts, gigs and club nights taking place in Manchester 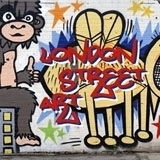 London Street Art by Alex MacNaughton is published by Prestel on 4 September.

Paul Priestman has designed a loop-shaped radiator called Outline. It is his latest creation for radiator manufacturer Bisque. Priestman says ‘everyday radiators should be desirable, [unlike] the ubiquitous pressed metal that still exists on so many walls’. 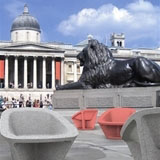 Tom Dixon and the EPS Packaging Group have created a set of 500 expanded polystyrene chairs that will be given away during the London Design Festival at the end of September. Details of the Trafalgar Square ‘chair grab’ are being kept secret until nearer the time.

Thomas Matthews has designed a banner as part of the Urban Forest Project being held in New York’s Times Square, on display until 31 October.

Anheuser-Busch to set up US in-house production company