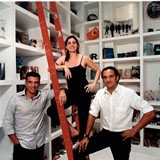 It was hard to believe that the exuberant man dancing the samba in a Rio de Janeiro nightclub is creative head of a 17-year-old design consultancy. Even harder to accept was that his dancing partner is his 16-year-old daughter. But such is the energy in Rio, manifest in the youthful, 39-year-old Frederico ‘Fred’ Gelli, co-founder with his wife Patricia Pinheiro and brother Gustavo of Tátil Design.

Tátil is a branding and packaging design group with a creative passion that outstrips that of most of its Brazilian peers. Set in the leafy São Conrado neighbourhood of Rio, with a second office in São Paulo, it counts Nokia, ‘natural’ cosmetics brand Natura, mobile phone network Tim and British American Tobacco – notably its Lucky Strike brand – among its long-standing clients. It is almost 100-strong, with 60 staff in Rio and 35 in São Paulo, and yet there is a sense of play there that is quite infectious. 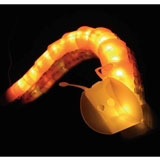 An impressive array of packs and related materials lines the walls of the reception area, which gives way to a space where visitors are invited to relax on a bench and a round ‘bed’, made respectively of wooden sticks and cardboard tubes that take the shape of the bodies of those who rest there.

A fireman’s pole links the ground floor area with the colourful open-plan offices above and many of the staff have developed their own distinctive style of travelling down it. Another project lets people express themselves on the loo walls – Gelli’s effort involving anthropomorphic shots of a toilet with the seat propped open to form a mouth and loo rolls placed on top of the tank to form ears smacks of lavatory humour. ‘It’s about people, not just clients,’ says Gelli of a business he describes as ‘very democratic’.

But clients get to play too, not least with the toys created by Tátil as presents. These include cardboard alligators, plastic ‘bugs’ that stick to a surface by way of suckers and double up as lights, and Gátil, a weighted bean bag cat that always lands on its feet when thrown or used to bowl over its counterpart mouse, Rátil. 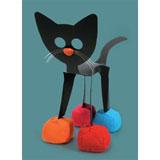 Yet the work is serious. Gelli and his team talk of ‘brand experience’ in a way that is familiar in the UK. Most of the work to date has been for the Latin American market, but the clients are often multinational and at Tátil each client has a team comprising graphic and industrial designers dedicated to it.

Gelli is modest about the work. ‘Everything we design is basic,’ he says. ‘The approach just comes.’ But it is patent that that approach comes through his personal fascination with materials and experimentation. Born of parents who ran a furniture-making business, he developed a corrugated cardboard briefcase as his first project for fellow students at PUC-RJ, where he studied industrial design. This helped him build a name for Green design and for innovative use of materials.

He talks of sustainability, citing the example of a ‘briefcase’ designed out of a plastic sheet that clips together without the need for glue. He is also keen on manufacturing and until 2003 ran a factory to make Tátil’s products. That has since closed down, because he couldn’t find the right suppliers. 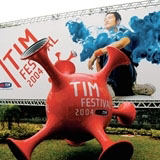 Gelli’s talents have been noticed beyond the client world. The office noticeboard boasts cuttings of him with Anita Roddick of the Body Shop, with which he worked on a project in 1993. Then there are shots of him with Philippe Starck, who is obviously taken with a foam briefcase he has just been given. But Tátil has yet to make it on a world stage.

After 20 years of working for himself – Gelli realised he was unemployable on leaving college – what does the future hold for him? For now he’s happy as he is, but ‘one day I’ll forget about marketing [his word for branding] and just design toys’, he says. Ah, so that youthful demeanour isn’t just a ploy.