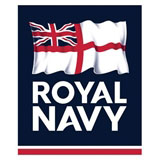 The Royal Navy will continue with plans to bring its brand to the high street with a licensing and merchandising programme, despite a recent backlash from ex-servicemen and women in the national press.

The Royal Navy is seeking to enable its range of sub-brands, including the iconic White Ensign emblem, to appear on a range of merchandise, which could be retailed in high street stores from as early as Christmas. The organisation is working with entertainment, sports, media and marketing company IMG to identify key product categories such as outdoor clothing, video games and memorabilia, on which to place its brand and raft of badges, insignia and images. IMG has not ruled out the possibility of the Royal Navy launching its first standalone retail outlets from which to sell the products, according to an IMG spokeswoman.

The intention is to boost awareness of the Royal Navy among a younger audience, according to Lieutenant-Commander Adrian Mundin, defence public relations at the Royal Navy, but the initiative has faced criticism from those who hold the exclusive right to wear or display the insignia. ‘There are no plans to back down on this. Inevitably there has been some cynical reaction,’ says Mundin.