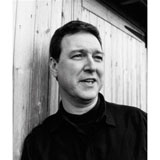 According to press reports, Apple Computer is concerned about other companies using the word ‘pod’ in their branding and the computer company is taking steps to claim the legal rights to the suffix. Do you think generic terms like pod should be brandable?

Once a name has achieved the status of cultural generic, there is more equity in this achievement than in any legal protection. Apple should be confident in its leadership. The iPod equity is embedded so deep in the customer experience that any other company using pod as part of a name just looks like a cheap imitation.

Any company with a great design has a right to protect its intellectual property, the problem is when the company tries to own a word in everyday use. It’s a little bit like the company that sells plots on the moon – just because it’s there doesn’t mean it is up for grabs.

People hate technology terms, so Apple did the right thing calling it iPod rather than ‘mp3 player’. It is part of the brand, so the company should keep it. If the rest of the world has no more imagination than sticking letters and numbers on their products, that’s their problem.

Surely we can all enjoy the irony of a company called Apple having anxieties about other companies copying its use of a generic word such as pod. Should Apple be able to own it? Simply, no – iPod maybe, but not pod. Otherwise there will be a mad rush by the world’s affluent corporations to own any generic word worth using, which will only add to the workload of the intellectual property right infringement courts…

If Apple wants to protect its precious pod then good luck to the company. The threat to successful brands is not from imitators, but those who have their own, better ideas. 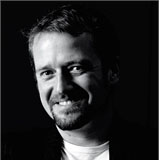 Names aren’t in themselves own-able, it’s the personalities that are linked to them. Anyone who copies that association is demonstrating the incapacity to have an original thought. Anyway, as Mr Big said to Bond in Live and Let Die, ‘Names is for tombstones, baby.’

Halas & Batchelor work to be compiled in book