The new identity, which includes a redrawn logo, new bottle labelling and new typography, aims to strengthen the Denver Distillery brand across its range of spirits, physical premises and communications. 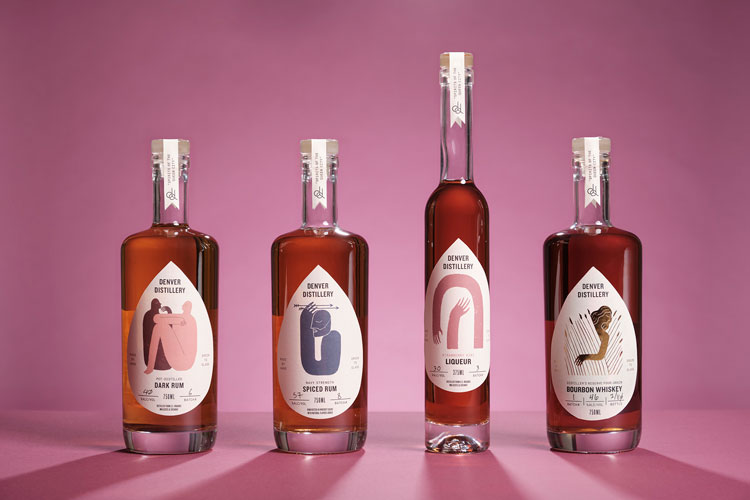 Designing “magic” into the brand

Having previously conducted business in small quantities, O Street designer Josh Peter – who works as design director at O Street’s satellite studio in Denver – says the distillery was in need of a brand that better reflected its “quality, craft and unique provenance” as it shifted into broader distribution channels.

“They were jumping into a much bigger pond and they required a look that made people stop and take notice of them,” he says.

With this in mind, the team chose to focus the branding around the distillery’s “charismatic owner”, Ron Tarver. Labelling Tarver a “true character”, Peter recalls O Street’s first meeting with him: “He was quoting the Old Testament and grilling us on Scottish folklore.”

Because of this, he says the team were keen for the final design to “have some of this magic in it”, and found inspiration in folklore and legend.

Taking their cues from the “historic working-class neighbourhood” surrounding the distillery, the team reworked the brand’s “overly-digitized” previous mark.

In its place, they implemented a logo inspired by the sculpted iron sign that appears over the doorway of the distillery. This was intended to better show “the value of handcrafting in their brand”.

To go along with this, the team specified typography and developed a series of logo lockups, all of which aim to establish brand recognition, while “reflecting the quality the brand deserved”, according to Peter. 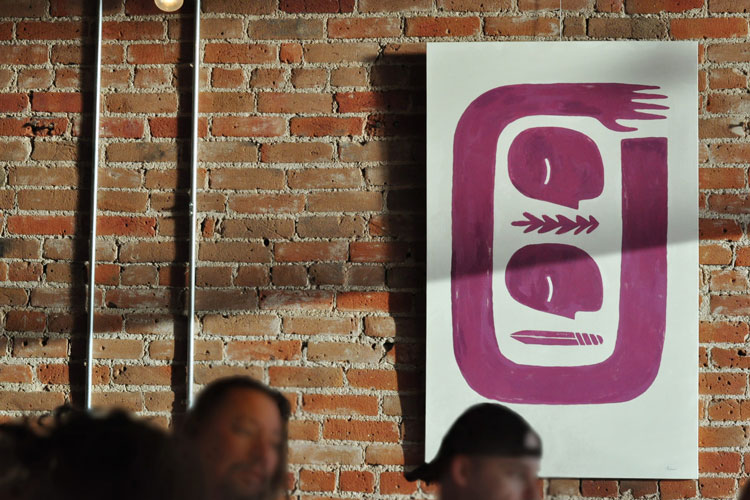 Creating a “visual sense of bravado”

Beyond the logo, the team were also tasked with redesigning Denver Distillery’s labelling. Uniting the wide range of spirits so that they “felt like they came from a single family” was a challenge, according to Peter.

Over three different bottle shapes the team developed a distinctive teardrop-shaped label to create this uniformity. This label had the secondary benefit of also working better across the distillery’s more concave bottle shapes.

From here, Peter painted a unique piece of artwork for each spirit, which aims to “give a visual sense of bravado and quality”. Some of these were then recreated as larger scale art pieces for the bar.

In this way, the team hopes “when a patron orders a sweet potato vodka martini or silver rum cocktail, they can salute the character from the bottle with a toast”. 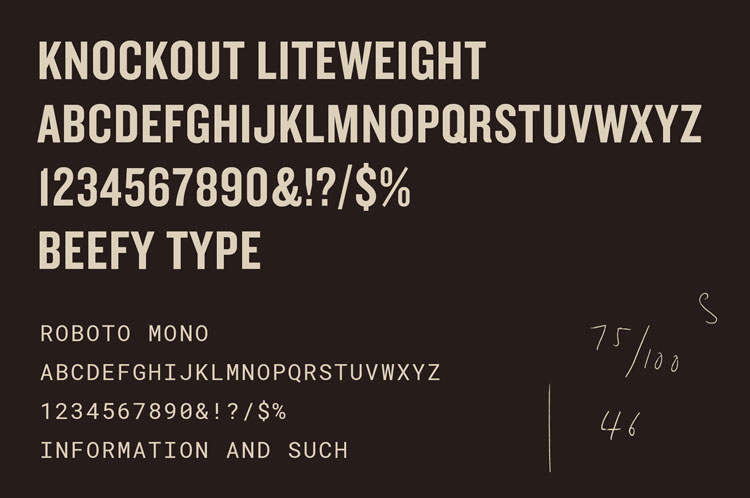 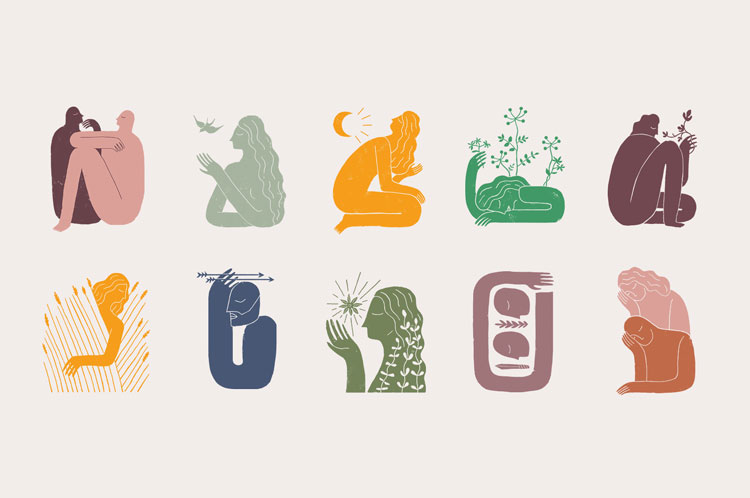 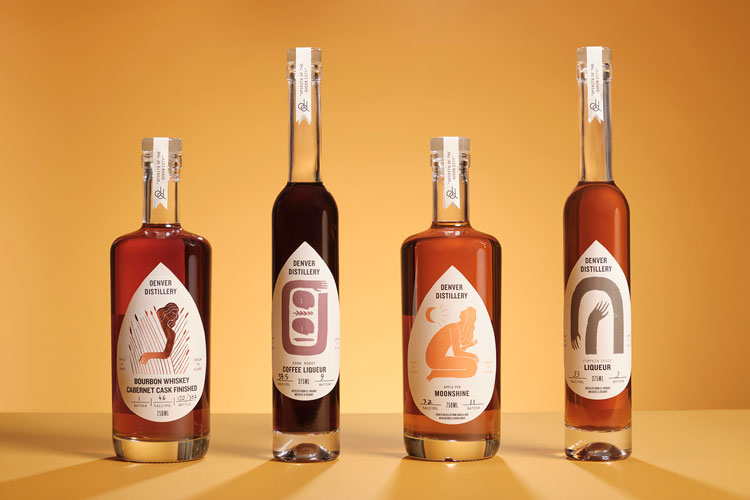 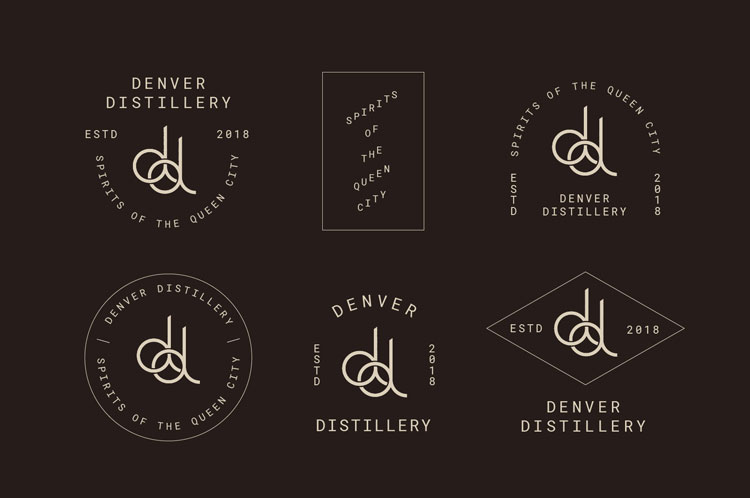 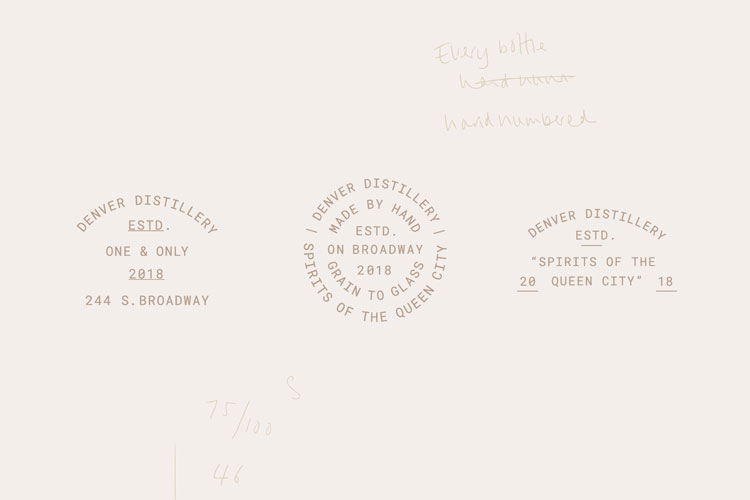