The studio has provided a new identity including logotype, as well as brand strategy and tone of voice.

Oxsight was formed at Oxford University as part of a research and development programme; its glasses aim to help those with conditions that cause peripheral vision loss such as glaucoma and tunnel vision.

The wearable technology it has created uses a camera on the frame of the glasses, which projects a live feed of the surroundings into the user’s area of good vision.

The glasses, available in two models, are now available globally. 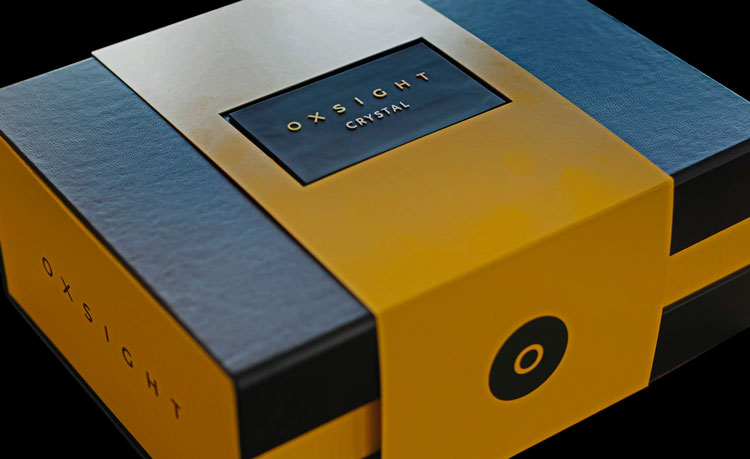 There are obvious issues with creating visual branding for a product that is aimed at those who have trouble seeing. Jeremy Duncan, brand strategy director at Reggie London, says that the research process involved consultation with the target audience.

“A panel of visually-impaired people and representatives from partners were consulted at every stage of the project, from initial strategy through to implementation across packaging and communications,” Duncan says.

The identity aims to convey a “stylish, confident and honest” personality, which avoids the “often clinical, pharmaceutical style that is common in the visual aids sector”. 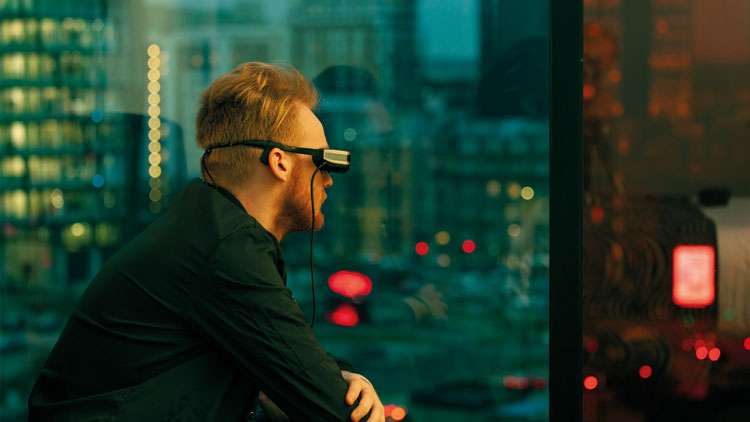 Clarity was key in the branding. The studio chose a highly contrasting pairing of yellow and black to create a “distinctive brand style”.

The wordmark has wide letter spacing, also for clarity, and the characters vary in tone from yellow to orange, which “represents the progression of an individual’s sight to enhanced vision when using Oxsight products”.

Spartan MB has been chosen as the font for its “open clarity” as well as its ability to achieve a “greater sense of space and sophistication” when used with wide margins.

“Looks are just as important to a visually-impaired person”

“Sophistication” was another focus. Duncan says that the glasses are “high value items” and this needed to be “represented in the premium positioning”. He says: “Looks are just as important to a visually impaired person as they are to a sighted person.

“We wanted the glasses to be seen as a desirable accessory rather than just a functional medical device.”

According to Duncan, research also showed that a lighthearted tone of voice was popular. He says: “Humour was seen as very important in communicating key messages, especially issues such as blind-shaming.”

On the poster, the tagline ‘Imagine you couldn’t read this’ is written in white type, and the second line ‘now imagine you can’ is in yellow.

Reggie has also created a promotional film for the product, which centres around the theme of “blind-shaming”.

It shows a visually-impaired woman catching a train and a stranger being overly helpful. The stranger gives wrong instructions and once the woman puts on her glasses, she is able to correct him. It was inspired by feedback from the panel who felt frustrated by “people being patronisingly over helpful”.

Sight impaired actors were hired for all the roles.