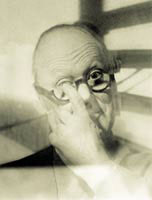 What does your job title achieve? Think about it for a moment. In a sector so fundamentally involved with corporate and brand identity, in an industry at the heart of business and consumer communications, shouldn’t consultancy job titles be vital to the equation?

Strategic marketing consultancy The Fourth Room recently appointed three new “pathfinders” (DW 18 February). “Hmm,” you might think. What could possibly possess three rational, sober, accomplished captains of industry to swap their power-punching directorships for such titles? And how long will it be until the recruitment pages of Design Week feature words like precipitator, accumulator or aggregator? If business conventions continue to remould themselves, perhaps not long at all.

New titles are emerging from the marketing and advertising sector because business organisations are keen to be perceived, at least, to be modernisers.

Simon Jordan, recently appointed by London product design group Jump, recalls one favourite position he came across recently in the advertising world which borders on the ridiculous.

“Somebody we dealt with had the title director of consumer advocacy. I had absolutely no idea what the job entailed. I guess it gave them a great excuse to sit around in a huge office doing very little,” jokes Jordan.

Grey Interactive TV head Chris Harrison says it’s not just advertising agencies, but clients too: “We came across somebody called chief cyber architect and had a chuckle, and also somebody who called themselves TV programming interactive director – TPID – it’s almost TEPID isn’t it?” he smiles.

Of note, too, are the functions behind the names. An account manager in a design consultancy does not necessarily mirror his or her namesake in an advertising agency for example. That’s fine, as long as we all know what we’re talking about – common reference is the key.

New-born job functions are also behind much of the new terminology, which is often incapable of adapting conventional terms and roles. Fitch associate director Steve Potts recently employed somebody for a job with the digital team which lacked a conventional description. As a result the consultancy has its first “content designer”, a name thought up for someone who, while appointed to fill a specific need, lacked an obvious title.

Often titles emerge from overseas, where working practices can be broken down differently, or where new areas of management are becoming prevalent. In the UK we might be amused by a title such as that belonging to US Web/ CKS director Ian Small, who is officially the group’s chief strategist and knowledge officer. And yet the field of knowledge management might not even raise an eyelid in the US, with magazines, journals and entire academic courses devoted to the area.

Such practices are now beginning to creep across the Atlantic, says Harrison at Grey Interactive TV, with new businesses that tend to grow in a multitude of directions at once. Employers also use job titles to reward staff during reviews, he points out.

The bigger the corporation, the bigger the power stakes and the more a job title counts as a badge, says Thumb Design Partnership director of optimisation Simon Carter, who came up with his title to avoid confusion with clients.

On the other hand, titles add nothing to some operations, it can be argued. Brand development consultancy Revolution did away with them altogether at the end of last year. Staff now fall into one of three teams: creative solutions, business solutions and client services and administration. Even consultancy founder and chairman Ray Taylor has “business solutions” stamped on his business card, just like the most junior member of the team.

Job title or not, perception is all important. There is a risk in giving yourself a contrived job title, in that it can arguably begin to exclude people. If you are not “in” on the phrase, are you excluded?

Fourth Room pacesetter (chief executive) Piers Schmidt sees his company’s monikers as light-hearted descriptors to clarify, not confuse. “If it is just cosmetic to make yourselves funky, it won’t work,” he says.

Schmidt explains that titles like Michael Wolff’s “head of imagination” are one of many careful details used to differentiate the group culturally. They are also a bit of fun, he likes to think. Like Taylor at Revolution, he sees many conventional titles doing little to incentivise staff within the creative industries.

“I think the design industry has had a tendency to jump up its job titles to match those of its clients. But quite honestly that is not what clients want. They are looking for individuality. It also puts a smile on people’s faces and gives you something to talk about immediately,” continues Schmidt.

“The design industry is moving into a new phase now and is more about creatively supporting businesses with all their expertise, not just designing. It is about communicating creativity,” he says.

Take your pick of the views on offer. If you are considering an adventurous route remember, too, to consider the life span of a title. Jargon dates quickly. But, however you perceive traditional job titles and their impact on the workplace, whether as help or hindrance, at least recognise they do add a certain quality.

More Than A Job Title?