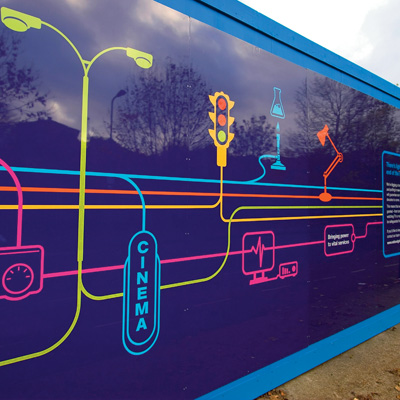 Four consultancies have been appointed to the National Grid’s new design services roster.

They were all contracted following a formal tendering process conducted between May 2010 and January 2011.

The National Grid is an international electricity and gas company that delivers services to customers across Great Britain and the north-eastern United States.

Four Letter Word had previously created brand guidelines for the National Grid. The consultancy was appointed to the work at the end of 2009, according to the consultancy’s managing director Neil Quiddington. He says the consultancy was also asked to develop a graphic style for public-facing communications (below), adding, ’We wanted to capture a sense of confidence.’

The work began to roll out last May.