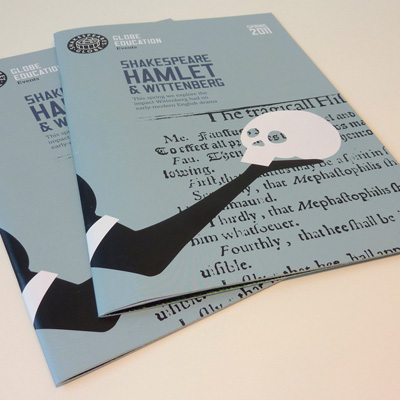 Small Back Room has developed a new visual identity and guidelines for Shakespeare’s Globe theatre in London to bring consistency across the organisation.

The consultancy was appointed in May 2010, following a strategic and credentials-led pitch. Small Back Room was chosen because of strong strategic proposals and experience in the cultural heritage sector, says Shakespeare’s Globe commercial director Mark Sullivan.

Small Back Room was briefed to create greater coherence between the theatre’s different components, which include the working theatre, in-house and touring companies, education programmes, exhibitions and events, without stifling the creativity of individual departments.

Account director Prue Fenwick says ’What [Shakespeare’s Globe] needed was a framework. The way the branding was used was a bit chaotic, because of the way it had grown.’

The consultancy has reduced clutter on the logo, originally designed by Pentagram, to improve its legibility. It also created a larger logo family, featuring lock-ups for different departments and ’living logos’, which can ’change costumes’ to adapt to tone of voice of content.

The new logos will be implemented across corporate materials, signage, merchandising, advertising and online from today.

Small Back Room also created a font to be used across the theatre’s communications, formed by modifying and creating two bespoke type characters. ’We wanted to soften it so that it wouldn’t date so much,’ says Fenwick.

To show that the new guidelines will not limit the creative freedom of different departments, Small Back Room has created print collateral for the 2011 The Word is God season, using a range of different styles of illustration and photography.

The Word is God