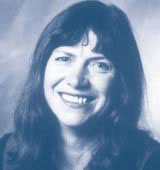 Think back ten years to a time when design was emerging, somewhat battered but undaunted if decidedly trimmer, from a major economic downturn. The business issues dominating the industry then were free-pitching and rosters, the first an age-old complaint for which no remedy could be found, the other a relatively new initiative as clients started to receive the message about effective design management and the importance of building relationships with their consultancies.

So what has changed? Design is slowly coming round after a global downturn and the mere mention of a free pitch still sets the letter writers going. But there is a new twist to the free-pitching saga, in that a dubious pitch might be paid for now, only with the design group rather than the client footing the bill.

Three years ago the Government’s design and editorial procurement agency COI Communications was the main culprit, incensing the design community with its insistence that they pay a fee to be considered for the roster. But under the enlightened leadership of its new chief executive, former ad man Alan Bishop, the COI has seen the error of its ways and promises a new beginning with its latest roster review (see News, page 5). It has learned that the customer rather than the system is king and, with greater vision, is gearing itself up to serve its public sector client base better.

Sadly, this enlightenment isn’t evident at Edinburgh University, named and shamed this week by a consultancy that rightly finds its design-buying practice unacceptable (see Letters, page 11). Let’s hope the university learns from the COI’s example that you don’t build the best relationships by asking consultancies to pay to be considered, any more than you do from asking them to undertake creative work for free – and you don’t get good work either way.

Meanwhile, rosters are big news again, with BT, NestlÃ© UK and now HP Foods and Homebase joining the COI in reviewing their lists (see News Analysis, page 9). The big difference now from the situation in the 1990s is that design-buying is more refined, with most companies going for fewer regulars on the ‘approved’ list, but having a clearer idea of what they might be used for. All but the COI, bound by European Union regulations to use only those consultancies that have been vetted for the roster or approved suppliers, will bring in groups not on the roster should the job demand.

Here at least headway is being made. Clients are better attuned to their designers and fewer consultancies are locked into deals that don’t lead to work – a penalty paid by some on lengthy or ill-managed rosters. Long may the trend continue.

Ride waves on a fin and a prayer in Tsunami wetsuit