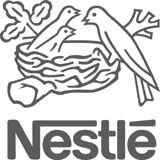 But are there any such advantages for design consultancies? Many regularly voice concerns that, although they dutifully go through the rigmarole of pitching each year, an appointment to a company roster is no guarantee that they will enjoy a steady flow of work.

Either the client will have reserved the right to approach non-roster groups for specific projects, or the roster itself will read like a telephone directory. When this is the case, consultancies still wind up competing with dozens of their peers for projects.

Kelly acknowledges that rosters need to be ‘small and select’ if they are to operate properly, but cautions that they should never be viewed as an assurance of a particular volume of work. ‘There’s no guarantee of work; this is a creative environment, and you’re only as good as your last idea,’ he says.

LMC Design managing director Andrew Cole does not view ‘flexible’ rosters or frequent reviews as insurmountable problems, however. The consultancy was last week reinstated to NestlÃ© UK’s design roster and is also part of both the Gallaher Group’s and Carlsberg’s line-ups.

‘Clients should make sure they’re spending enough. If they’ve got a £500 000 [budget] and 18 design consultancies on the roster, then they’re going to have a few groups that are idle there. And as much as designers say they’re doing work for love, they’ve got to make money,’ he warns.

But provided workflow isn’t an issue, Cole says an extensive roster can create a healthy sense of rivalry, which is in itself a ‘great creative catalyst’.

A regular review process – ‘sensible commercial housekeeping’ in Cole’s view – contributes to this competitive atmosphere. ‘You keep a certain freshness by having new people [join the roster]. The work tends to be more relevant and focussed,’ he explains.

Frequent evaluations can also be instructive. Cole says they give clients and design consultancies an opportunity to resolve any glitches in their relationship and ‘find better ways of working’. If the worst comes to the worst, and a group is removed from the roster, it will always understand why.

‘It’s important with any contractual arrangement that either side has the opportunity to walk away and explain why,’ says Cole. And this, he adds, is always preferable to finding that the phone has gradually ‘stopped ringing’.

For those groups busily working off design rosters, all is well. But attitudes to roster places among design groups could be shifting. Many design consultancies quietly admit that getting on to the rosters is less and less of a priority, not just because they are guaranteed no work, but for the simple fact that so many marketing directors and design buyers are prepared to work with non-rostered groups.

Creative experience inspiration on the loo