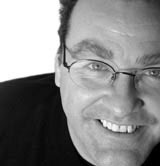 The independent wine and spirits merchant Berry Bros & Rudd is launching a revised retail concept developed by Fitch London, which will run across four 25m2 stores located at each of Heathrow’s airport terminals.

Fitch was appointed to the project in June 2004 without a pitch. The Wine Collection stores will include Web access points showcasing the company’s service and allowing travellers to pre-order items on-line or via the phone. Fitch has also designed a ‘collection wall’, where customers can pick up orders.

A centrepiece of the open plan stores will be an etched-glass wine collection table, displaying 40 of the top wines.

The first two Wine Collection outlets open this week at existing Berry Bros & Rudd sites, located in Heathrow Terminals 3 and 4. Two further stores are in construction and will open this summer in Terminals 1 and 2.

Get the dietary message right – but don’t shout it