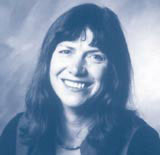 There was great jubilation at the Design Council last week when Chancellor Gordon Brown gave a welcome boost to design in his Budget speech.

Tangibles such as increased support for research and development, a design centre for Newcastle Gateshead and recognition for the council’s work through a national roll-out through the Regional Development Agencies of its Design Immersion Programme all helped to repay the huge effort put in so far by Design Council chief executive David Kester and his team to put design on the Government’s agenda. But it is the spirit of the statement, linking design to the Government’s economic strategy, that really gladdened the hearts of those involved with the council.

Design is back as a force for good in the public eye, having finally shed the negative connotation of the ‘designer’ era of the late 1980s and early 1990s.

The justified euphoria about Brown’s speech continues to echo round design’s official bodies. It would be good though to see it having a more direct impact on design practitioners and building their confidence in the value of what they do for business and society at large.

The Design Council has achieved great things with Government and business – two of its three main constituents. But it has yet to really crack the design industry, most of which feels no particular allegiance with the organisation. The council is expected to announce a couple of important new joint initiatives with the Design Business Association next month, which will be a great move in this direction, but it will take more than that to get the community as a whole on board.

Of course, designers aren’t totally blameless in all this. They aren’t always prepared to embrace change and ride it to the benefit of their community.

They could do well to take a leaf out of Richard Seymour’s book. Speaking at the Design Indaba conference in Cape Town last month, Seymour urged the largely South African audience to pursue the course of ‘optimistic futurism’.

Optimism is part of a designer’s job, Seymour maintains, and it is the only way to meet the challenges of the future at a ‘bewildering’ time of ‘cataclysmic change’ for design that is bringing China to the fore as a base for global manufacturing and, ultimately, design and seeing companies like Apple Computer leading the way in embracing divergence with products like the iPod Shuffle.

Perhaps the UK design community would do well to heed this advice, delivered by Seymour to designers of an energetic emerging nation. It’s not a time to be complacent, but nor is it valid to be dismissive of changes that can reap great benefits all round.

RCA and Heal’s team up to build product portfolio

Museums take their skills to market