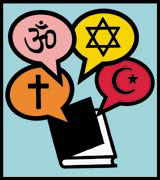 Illustrator, designer and teacher Lawrence Zeegen thinks that creatives need to explore boundaries, work collaboratively and try their hand at different media if they want to stay ahead of the pack. Liz Farrelly looks at the role of illustrators today

‘Twenty years ago, the holy grail for an illustrator was a cover commission for the Radio Times,’ says Lawrence Zeegen. ‘Now, image-makers are more interested in crossing boundaries, working with photography and animation, making music videos, downloadables for mobile phones, websites and textiles.’

With two books on illustration published this autumn and a teaching job at the University of Brighton, while in the throes of setting up his own agency, Zeegen is well placed to have an opinion on the state of illustration today.

‘My generation, graduating in the late-1980s, was the last of the ‘pure’ illustrators. Only one in 100 people managed to make a career out of illustration,’ he says. Instead, having what he calls ‘a foot in each camp’ – design and illustration – means a practitioner can ‘take control of a project’.

Moving between the underground and the mainstream, while keeping in touch with creative industries, such as music and fashion, also encourages image-makers to be stylistic ‘leaders, not followers’, facilitating ‘constant reinvention’. He says Milton Glaser’s Pushpin Studios (established in 1950s New York) set the historical precedent for this strategy, and George Hardie’s NTA Studios (from the 1970s), and the recent crop of ‘illustration gangs’ fit the same pattern.

He welcomes the rise of multimedia groups, such as Peepshow, Black Convoy, Monster and Fold 7, where illustrators work directly with clients, side-stepping art directors and pooling skills, to offer graphics, animation and image-making expertise in a one-stop shop.

A larger-than-life character – and one of the tallest people you’re liable to meet at any design industry do – Zeegen isn’t shy of the limelight. Not content with publishing one book this season, he’s literally cornered the market with two. Digital Illustration, a master class in creative image-making, provides a step-by-step guide to combining craft skills and new media, plus practical advice from well-known exponents. Zeegen has tapped into a global network of rising stars, with New York’s Faile, jet-setter Paul Davis and the iconoclasts at Neasden Control Centre providing examples. His other offering, The Fundamentals of Illustration, created in conjunction with design studio Crush, has the makings of a classic textbook. It covers self-promotion, collaboration and the process of continual reinvention that is a prerequisite for contemporary survival.

In the Fundamentals of Illustration, Zeegen warns that ‘getting ahead in illustration takes commitment, personality and talent. It is unlikely that an illustrator lacking in any one of these areas will pick up commissions and, toughest of all, will still be working in five years’ time’. That pull-no-punches tone is typical of Zeegen’s approach. 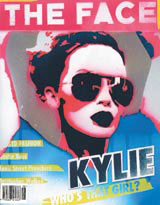 After graduating from the Royal College of Art in 1989, Zeegen was an original member of Big Orange (an early example of a collective studio – ‘but we could have pushed the collaboration further’) and co-founded the agency Heart, now run by Darrel Rees.

Zeegen has continued in commercial practice while teaching. ‘Gone are the days when educators were able to utter a few words, then disappear to the pub, having lost touch with where new ideas were coming from. Colleges want better value for money these days,’ he says. But are there too many illustration students? ‘There are too many mediocre illustration courses, because they’re cheap for institutions to run,’ Zeegen counters.

Recognising that the best illustrators take a hybrid approach, Zeegen aims to teach both ‘production skills and life skills, to make students culturally aware and able to hit the ground running when they graduate’. Crossover between disciplines is encouraged, even though, he admits, ‘there are ways and means for educational institutions to knock all the creativity out of the art school experience.’

Not content to rest on his laurels, Zeegen is also in the process of setting up a new agency, ZeegenRush, along with Helen Rush (previously of Private View). Intending to put its money where its mouth is on the issue of hybrid image-making and crossover creativity, Zeegen insists ‘it’s not an illustration agency’.