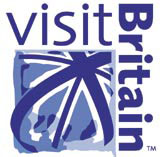 The Olympics may be seven years away from hitting London, but plans are already underway to outline how best the UK’s £75bn tourism industry can benefit from it.

Last week, key players from the tourism industry – including Tim Smit, chief executive at the Eden Project, and Fiona Reynolds, director general of The National Trust – gathered at Number 10 to lay down a framework of strategic goals. This is to ensure the economic, social and cultural opportunities of the games are fully exploited. Integral to this will be designing an effective and cohesive Olympic brand identity, which will not only best represent the UK in 2012, but also create a long-term legacy, building on the country’s heritage as a world-recognised holiday destination.

Driving up standards across British tourism businesses, improving the skill of tourism workers and developing disabled access to attractions are some of the other topics to be debated by the new Tourism 2012 Group.

A co-ordinated national and regional response will be spearheaded by a ‘high level’ hub of six experts, including chief executive at Visit Britain Tom Wright and chief executive at Visit London James Bidwell. A full line-up is yet to be announced and the first raft of meetings is scheduled to take place next month. To bolster this initiative, the teams at Visit London and Visit Britain are also joining forces to create a one-stop shop to advise on tourism and the Olympics. The Tourism 2012 Group will deliver a strategy by spring of next year.

The tasks ahead are challenging. Already the sector has been set the job of raising the value of the tourism industry from £74.5bn to £100bn by 2010.

One of the other major issues to be tackled is how best to create imaginative branding and marketing techniques, given the very strict brand guidelines being policed by the International Olympic Committee. A freeze on all UK promotional and marketing activity before the 2008 Beijing Olympics, means ‘creative thinking’ is being embarked upon now and these plans will significantly develop over the next couple of years, according to Bernard Donoghue, head of government and public affairs at Visit Britain.

Lessons are being learnt from the design work of previous Olympic host cities and Donoghue stresses the importance of creating a destination brand that benefits not just London, but the UK as a whole. ‘Design and branding is crucial. It is very important to understand how the brand is perceived and to put greater investment in the British brand as a destination. Work starts now; there is no room for complacency,’ he adds.

According to a recently published survey investigating destination branding, the UK failed to emerge as a top ten overall country brand, trumped by the likes of Italy, Australia and Fiji. Country Brand Index, compiled by FutureBrand and public relations group Weber Shandwick, provides a ‘brand index ranking’ based on an analysis of statistics, quantitative information and contributions from industry experts. The report outlines ways to better leverage a brand as an asset, and the findings suggest much work needs to be done to improve the perception of the UK as a whole. It also claims that nation branding is an underdeveloped and underperforming sector, with ‘clear fragmentation’ between government agencies, trade commissions, the private sector and tourism offices.

Paying immediate attention to the role of destination branding within tourism, as part of the plans to limber up for the Olympics, is a wise move and one which the design industry is likely to benefit from.