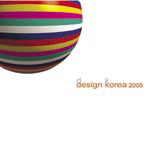 The Prime Minister of Thailand opened a national design centre in Bangkok last week, in a bid to boost the country’s standing on the world design stage.

The Thailand Creative and Design Center has been set up to help Thai entrepreneurs and designers create home-grown products and services. Although modest, the 4500m2 venue has been endowed with an annual budget of around £3.5m a year for the next five years.

Such initiatives will add to the weight of evidence of the Cox Review for the creation of a national design centre for the UK (see News Analysis, page 8).

According to the Thai Press Reports newswire, Pansak Vinyaran, the chief policy advisor to the Thai Prime Minister, has been named chairman of the Creative and Design Center Board that is overseeing the initiative on behalf of the government.

The centre features an exhibition space, which will be open for young designers to display their ideas, and a library containing 15 000 books, journals and computer databases of information.

At the inauguration last week, Prime Minister Thaksin Shinawatra promised that if the centre was a success, ‘similar centres would be opened in other regions of the country’.

According to initial estimates, the Thai design centre is expected to receive some 100 000 visitors per year. It will also house the latest international branch of the materials resource centre, Material Connexion, which will hold samples of raw materials used for designing lifestyle products.

According to Bangkok’s independent newspaper The Nation, there are plans to extend the centre with a national library system over the next three years. The publication also reports that there will be a charge for access to the library and materials reference services.