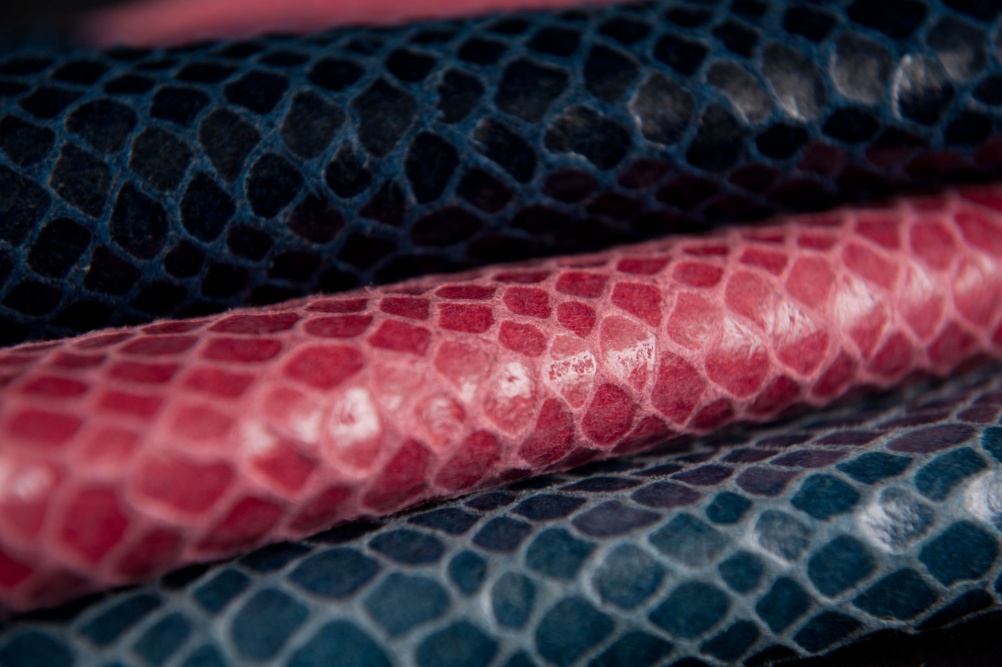 Pineapple leaf “leather” and textile moulded glass are among new material innovations which are being praised for their practical and sustainable properties.

The designs have been recognised at The Arts Foundation Awards, which last night saw Carmen Hijosa scoop a £10,000 development prize for her Piñatex leather alternative made from pineapple leaves. Hijosa was one of four shortlisted entrants in the Materials Innovation Award category.

This non-woven textile is made from pineapple leaf fibres and was created by Hijosa, who used to design and manufacture leather goods before understanding the ecological damage caused by the tanning process.

Philippine weavers showed Hijosa how natural fibres can be used to make materials and she discovered that pineapple leaves, which are a by-product of farming, have particularly fine fibres offering strength and flexibility.

Having created prototypes she worked with Royal College of Art’s Textile department, where she has researched and developed the material.

Now a full supply chain has been developed from farm to finished product, which led to opportunities for Hijosa to work with the likes of Camper and Puma on further prototypes. She also worked with RCA designers on bags and furniture.

With automotive and aeronautical industries actively looking for a viable replacement for leather there is a big potential market for innovations such as Piñatex.

Hijosa says her main goal is to continue to use agricultural waste products and bring an extra source of income to the farming communities that produce pineapples.

With her prize money she intends to develop a natural bio-based coating for Piñatex and to continue developing her degumming process for harvesting fibres.

Attua Aparicio and Oscar Wanless’ company looks to bring craft and technology together to challenge what materiality is. 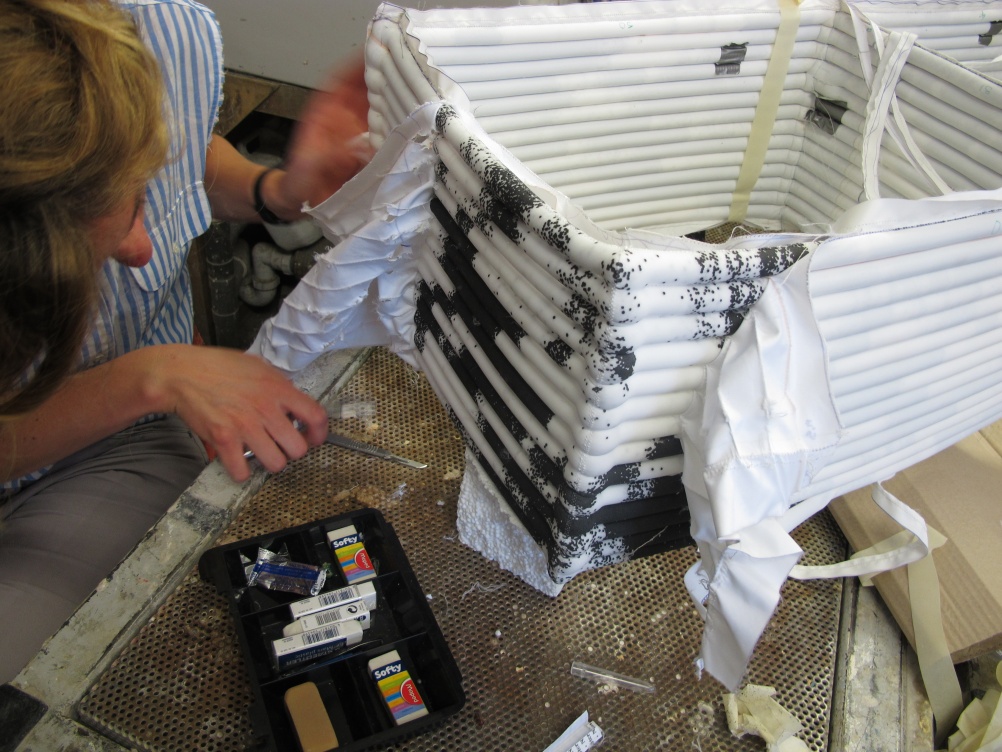 They have innovated Not So Expanded Polystyrene (NSEP), which unlike traditional polystyrene, is expanded after it is moulded to produce a denser, stronger more durable material. 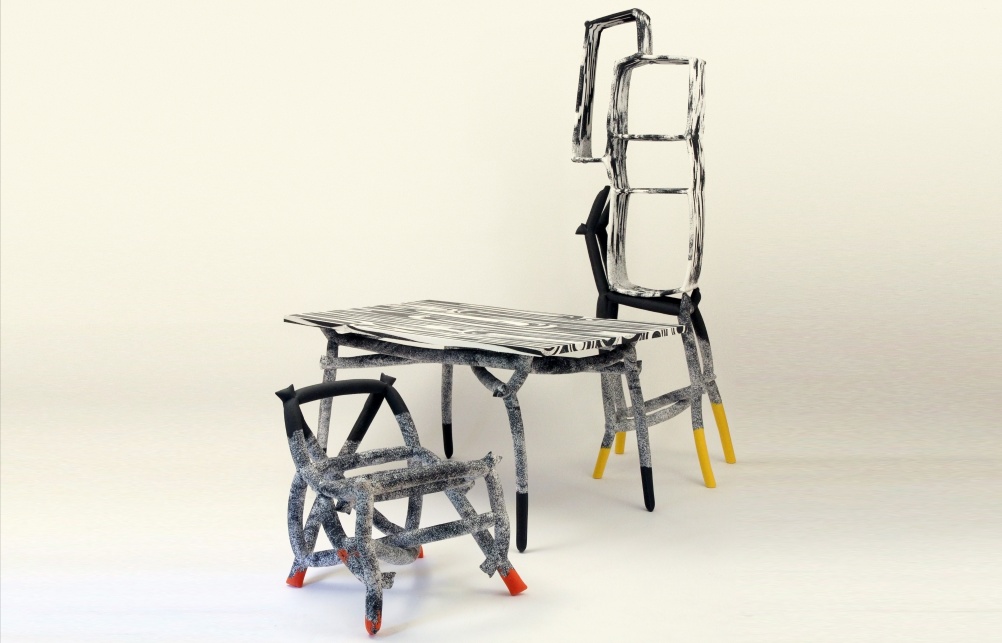 Instead of using industrial metal moulds they have created high tensile textile ones to create textured forms, only made possible by this method. Furniture, tables, chairs and shelving have been created out of NSEP.

They have also developed textile-moulded glass which can remain stable, tensile and flexible at the high temperatures required to melt glass. It is formed in hand-stitched moulds and this method has been adopted to produced a range for Danish brand Hay/Wrong for Hay. 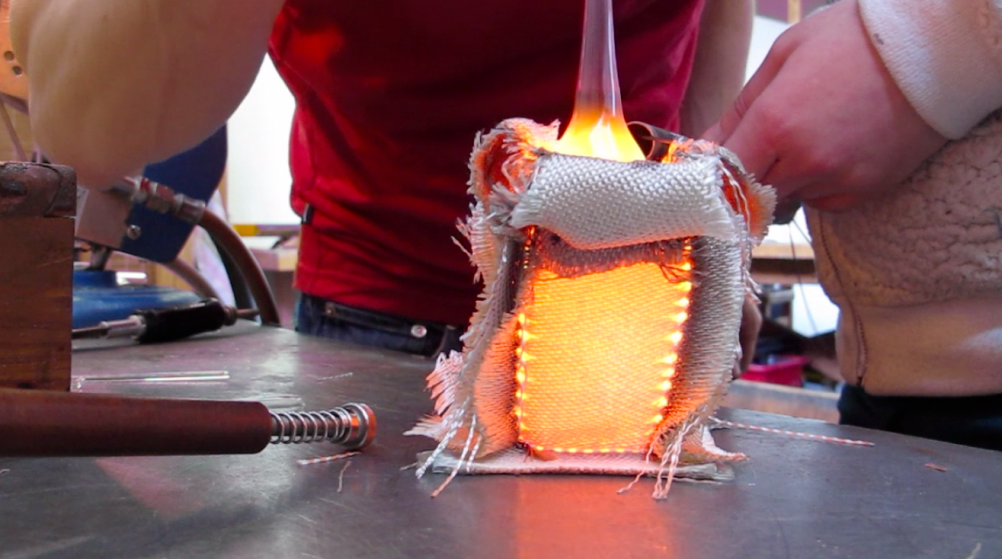 Silo is particularly interested in variety and uniqueness but still likes using moulds and it often uses flexible moulds to achieve this. 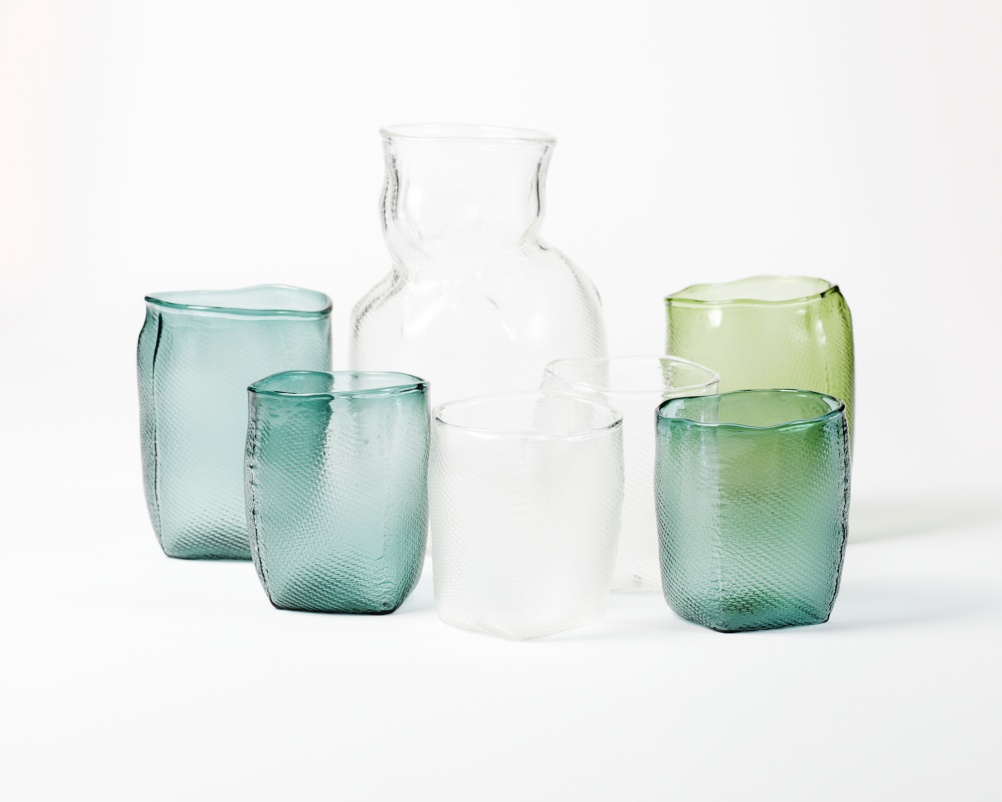 Recently she has been working with Loughborough University to explore laser techniques for textile surface designs. 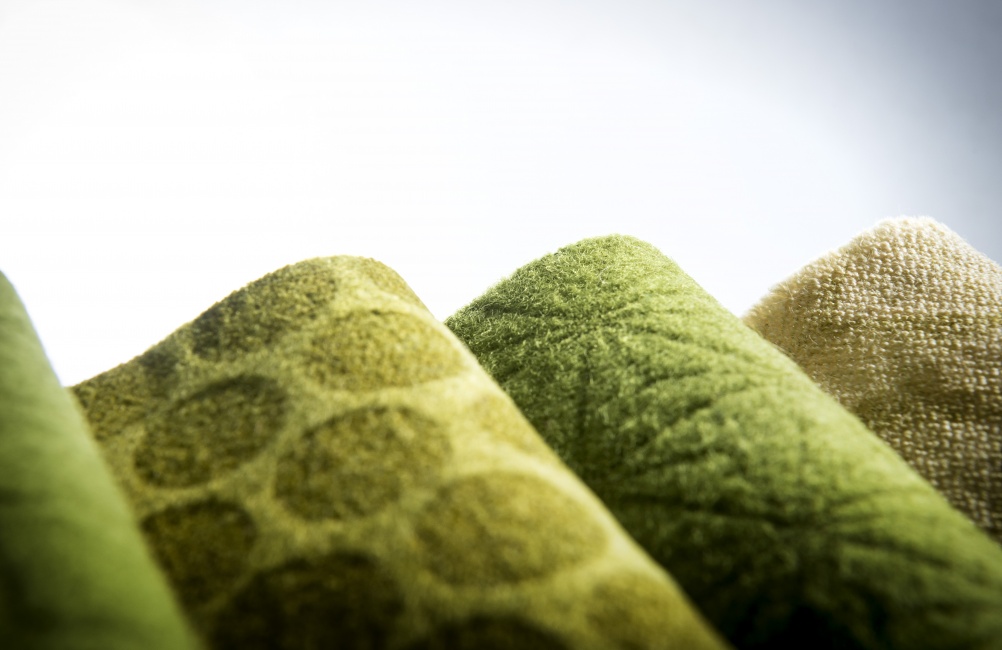 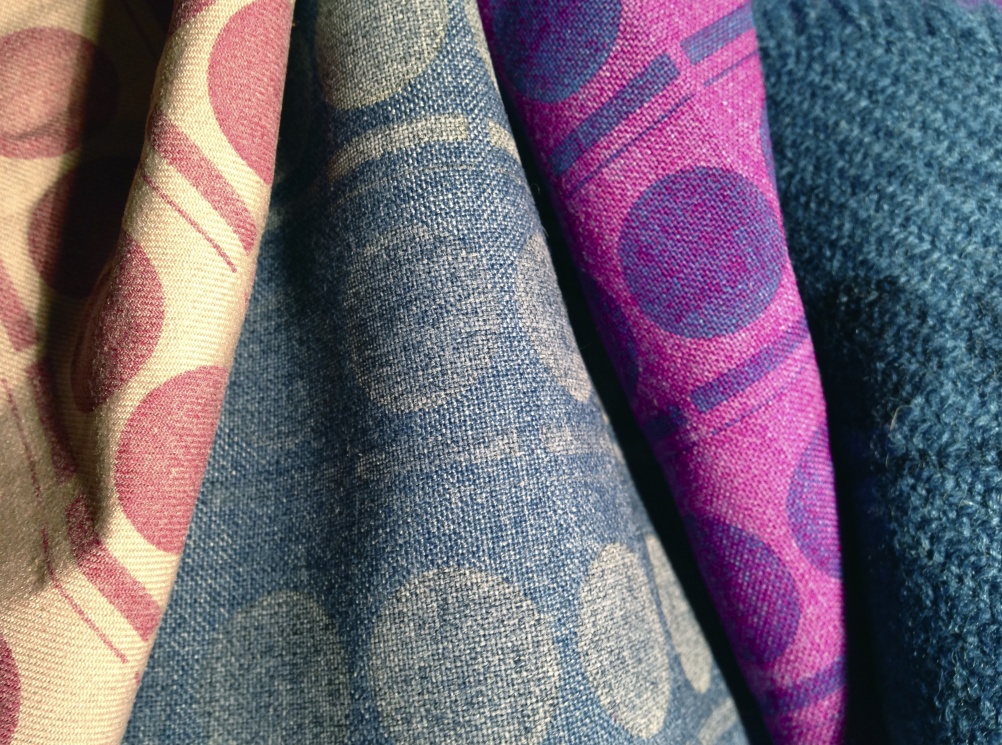 Laser-enhanced dying of wool or wool-mix textiles and laser moulding of synthetics mean that there are more options for bespoke or short run productions, while reducing energy use, water and chemical effluent.

Artist and designer Friere has developed musical gloves, which combine traditional textiles with motion tracking electronics and algorithms to form an “e-textile”.

Musician Imogen Heap used a version of the gloves on stage in 2012, using them to control music software live. 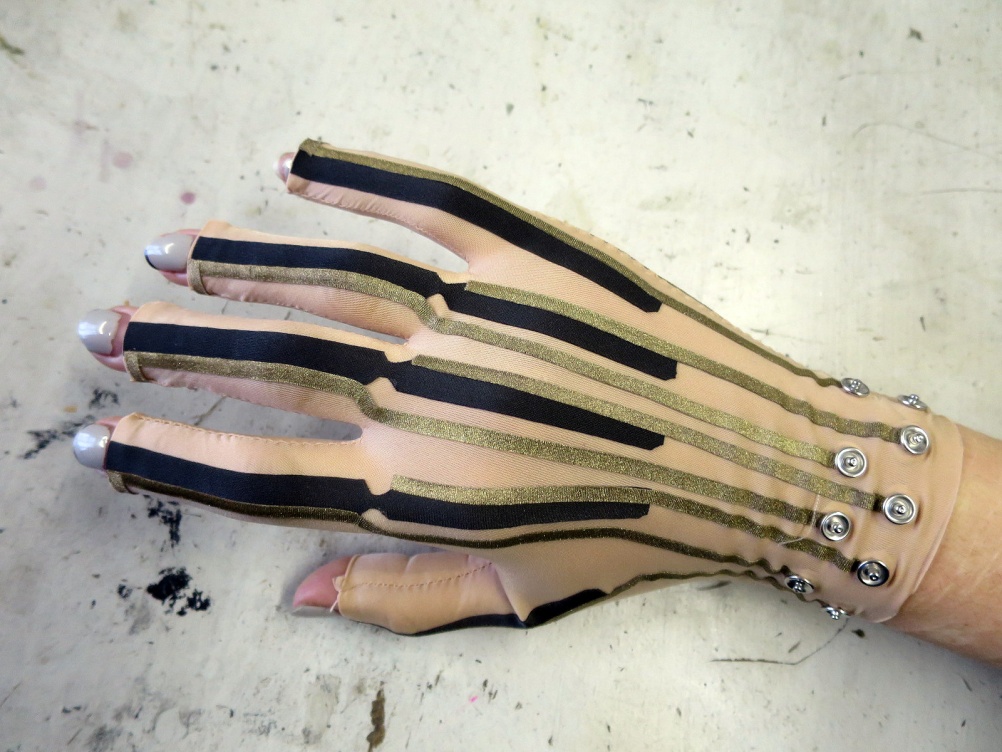 The gloves are open source and are one of several e-textiles being developed by Friere’s studio, which focuses on “tactile narratives and value attribution” in areas such as anti-fashion, ethical manufacture, waste reduction and upcycling.

Previous winners of the prize include Sarat Baboo (2015) for his Microkinetic technique, which sees lasers trained directly on metal powders to make solid structures. Julia Lohmann (2014) won for her work in seaweed, which she has found to be a tough and versatile material. Lohmann founded the Department of Seaweed at the RCA and the V&A where she worked with scientists, makers and anthropologists to investigate the material.