McDonald’s is introducing table service and is in the process of a roll-out of its “Experience of the Future” restaurant concept, which it is crediting with helping to turn around the fortunes of the company.

It is one of a number of changes, which tie in with the Experience of the Future restaurants, of which there are now 336 in the UK, with a further 350 due to reopen before the end of the year.

A McDonald’s spokeswoman says: “While still in the early stages, we can confirm that our new concept restaurants have seen a sales uplift of 9% across our in-store estate.”

Customers are now able to order food at giant touch-screen terminals and there have been changes to the menus including the introduction of Signature Collection “premium burgers”, which can be cooked to customer specification.

Other foods can also be customised and customers can pay at the terminals rather than the tills.

The store design also integrates tablets for general web browsing and wireless charging points for customers to charge their own mobile phones.

McDonald’s was unable to confirm whether the concept was designed in-house or if design consultancies had been involved.

Last month McDonald’s overhauled its packaging range, which was designed by Boxer and set out to be “modern and progressive” but also “simple and fresh”.

When we spoke to Boxer chief creative officer Paul Castledine he said that “McDonald’s is proud of itself” and wants to celebrate its brand. 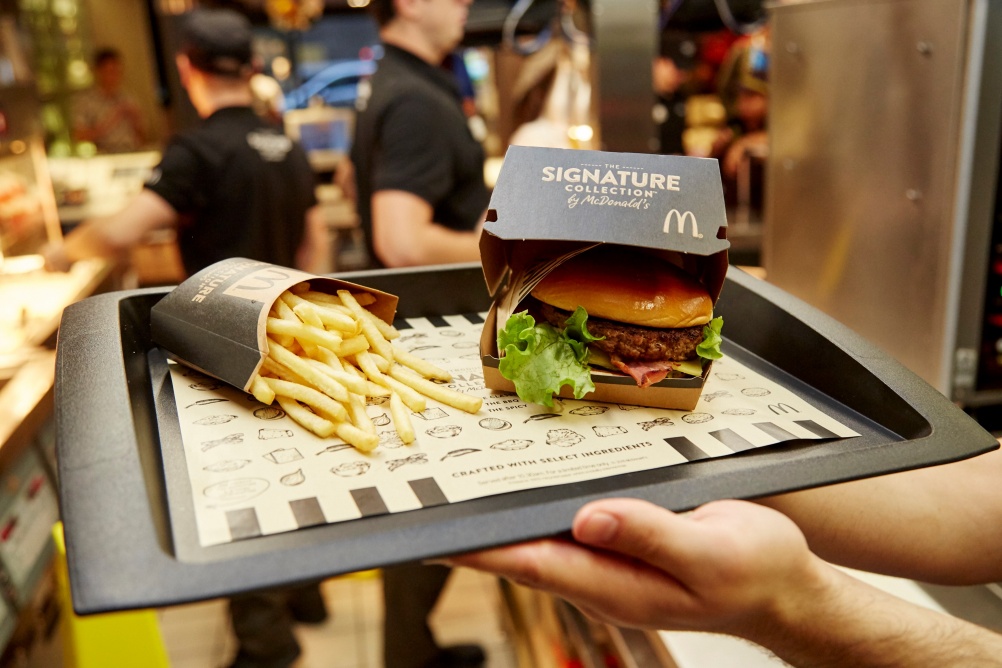 Alaska Airlines rebrand sees Eskimo come in from the cold