In this article we look at what the results tell us about who designers are, what jobs you do and whether or not you are happy… 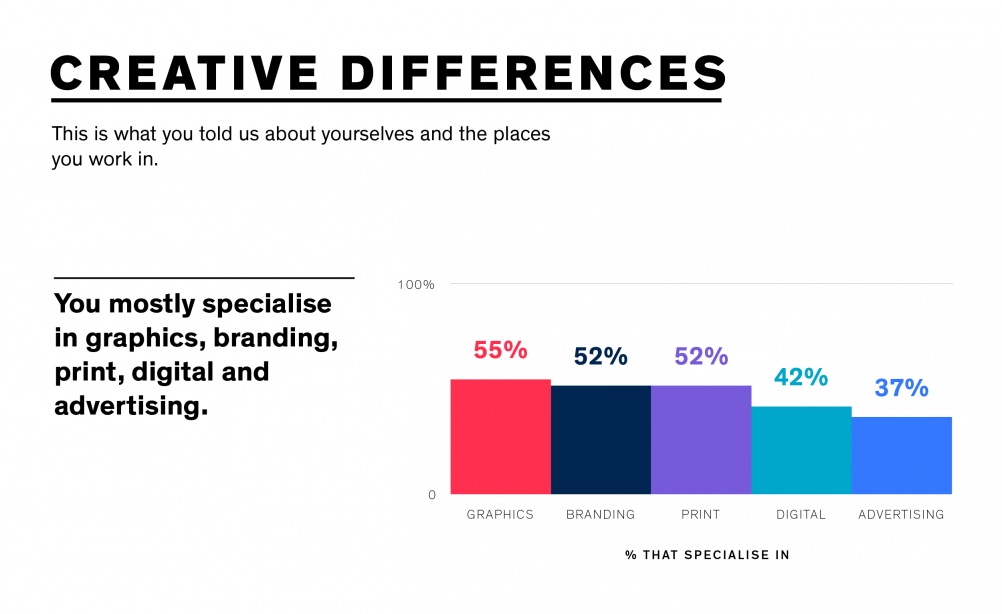 Taking results from both Design Week and Creative Review readers, which includes advertising creatives, the results show that more than half of you specialise in graphic design. Branding and print design are also popular specialisms, followed by digital and advertising.

Taking designers in isolation, 19% of you said you specialise in editorial design and 19% in packaging design.

Looking at other sectors, 15% of you said you specialise in exhibition design, 14% in interiors, 14% in retail design and 5% in furniture design. 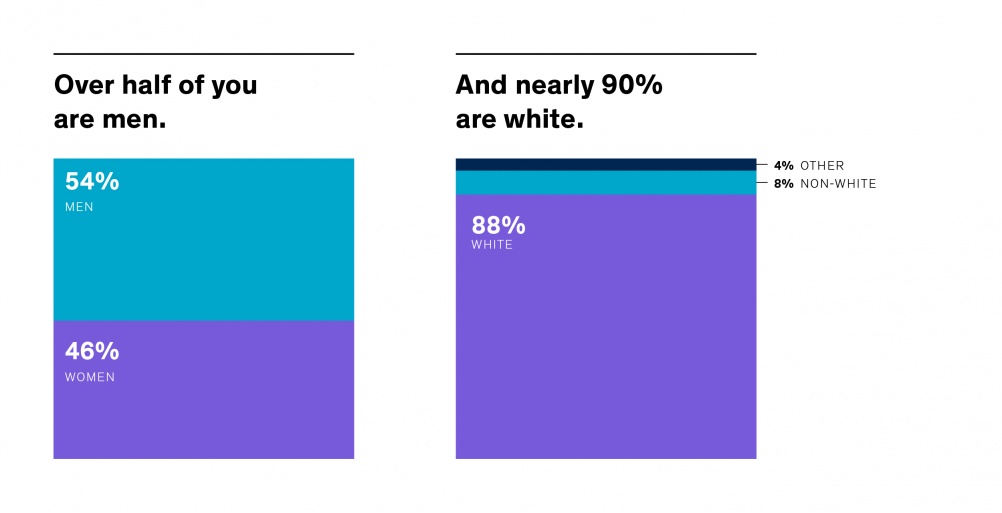 The survey also revealed an industry that is predominantly male and overwhelmingly white.

Our findings were similar to the recent GraphicDesign& survey of graphic designers, which showed that 54% of respondents were male and 85% were white. 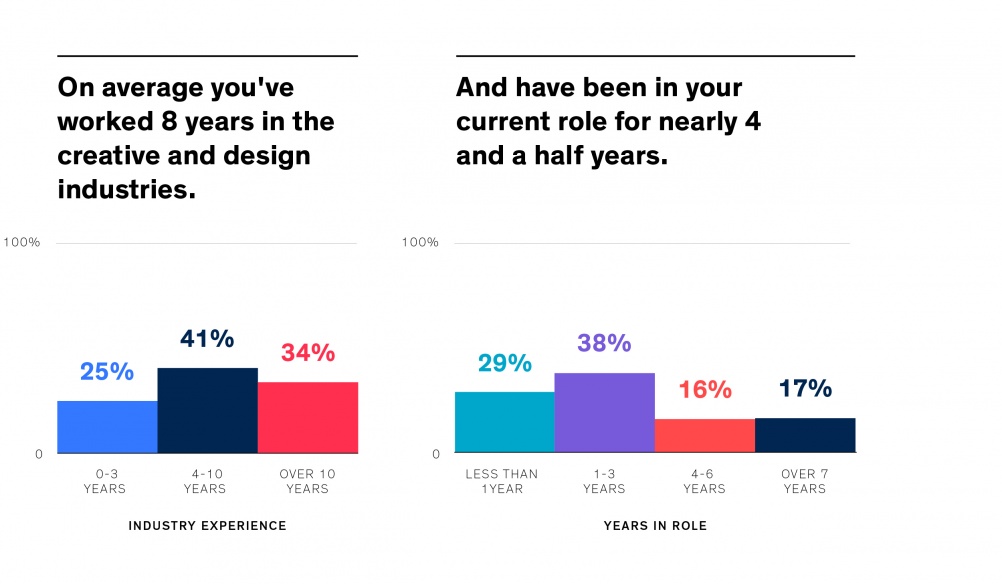 The average length of time spent in your current role is four-and-a-half years, but nearly one in three of you had been in your job for less than a year. 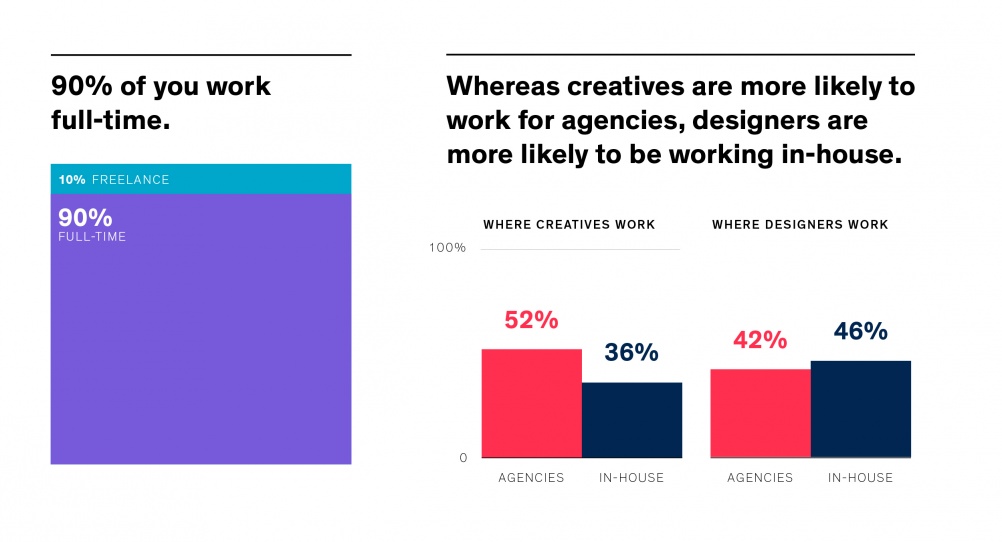 The freelance sector is, perhaps surprisingly, small – with only 10% of respondents saying they work freelance.

The agency/in-house split differs between the design and the advertising creative sectors. Slightly more designers work in-house, rather than at agencies, while in the advertising world it is more common to work in an agency, with just 36% working in-house.

Of those designers who said they work for consultancies, 86% work for independent businesses while 14% work for networked agencies.

Nearly half of you feel that people with disabilities are the least well-represented group in the industry, with single parents, religious groups, people from ethnic minorities, older people and LGBT people also felt to be under-represented. 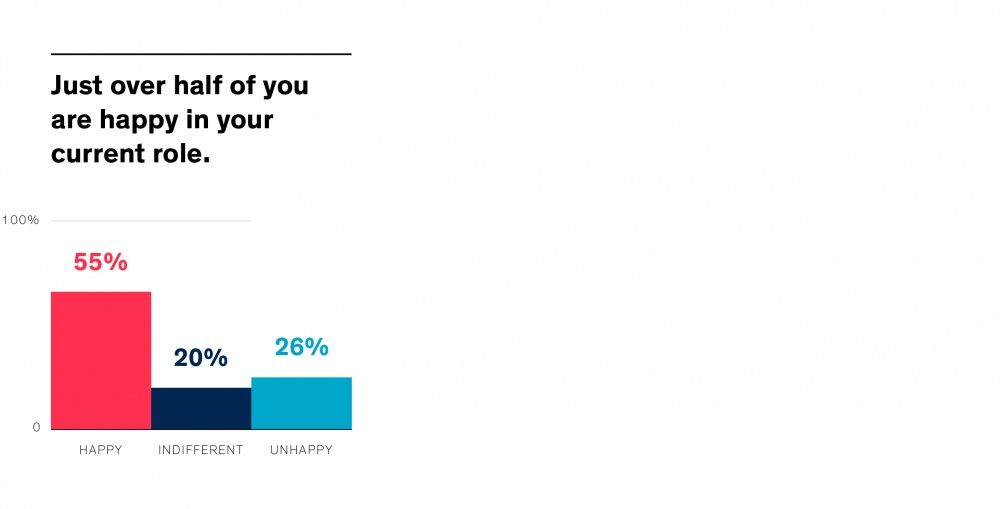 And – a key point here – just over half you said you are happy in your current role.

Jump to our next stories to find out about more about your salaries and working lives – and the things that make you happy or unhappy at work.