National Museums Scotland has teamed up with animation studio Aardman to create an educational animated game that draws on its existing biomedical collection.

GEN, which can be played online using a computer, smartphone or tablet, involves players diagnosing what is wrong with GEN – Aaardman’s digital creature character – and nursing it back to full health.

The strategy game allows players to choose from various medical-related objects, ranging from wooden stethoscopes to early X-Ray machines, all of which can actually be found at the museum’s science and technology galleries.

Laura Chilcott, senior digital producer at Aardman, says the partnership with National Museums Scotland “has been a great opportunity for us to use our skills both to educate a new audience, and also to enhance the museum’s biomedical displays.”

One of the design features includes GEN itself. “It’s a simplistic amorphous blob which has realistic physics applied to its body, so can be pulled and prodded around,” says Gav Strange, senior designer at Aardman.

“As the illness takes effect on it, we wanted the player to feel empathy towards our gelatinous friend, so they would care for GEN and work hard to diagnose its ailments and use the right treatment to bring it back to life.”

Balance between “clean and clinical”

Meanwhile, the interface has been designed to strike a balance between “clean and clinical”, according to Strange.

“We didn’t want the interface and the design to feel cold, but at the same time we didn’t want to add anything superfluous,” he says.

The design of the character acted as a balancing aid, Strange adds. While GEN has texture and an organic shape, the interface has been kept clean.

The app runs alongside 250 interactive displays at the museums, including a CT scan of a person that can be viewed from all angles showing different layers of muscle, gas and bone, and a game that allows users to design a clinical drug trial.

“[GEN] is one of a number of fun ways we’re introducing some fairly complex ideas of medical science to a wider audience,” says Sophie Goggins, assistant curator for biomedicine at National Museums Scotland.

“We hope lots of people will get online to play…as well as getting an insight into some of the amazing objects now on show”. 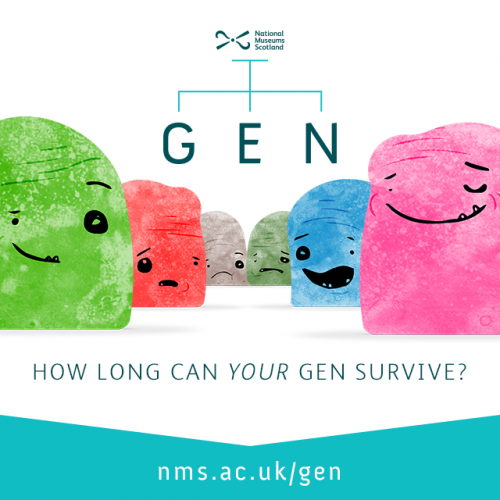 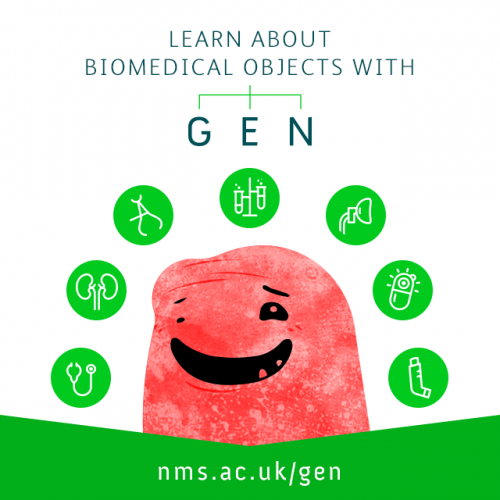 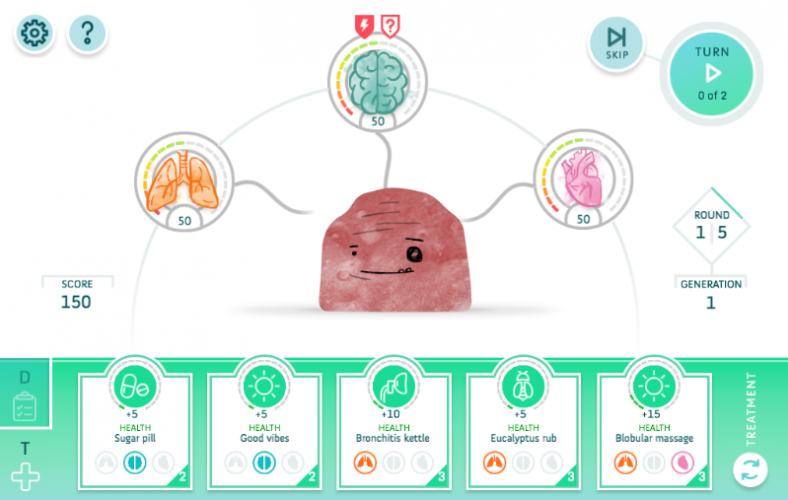 Product design exhibition Made in Sheffield will showcase region’s talent