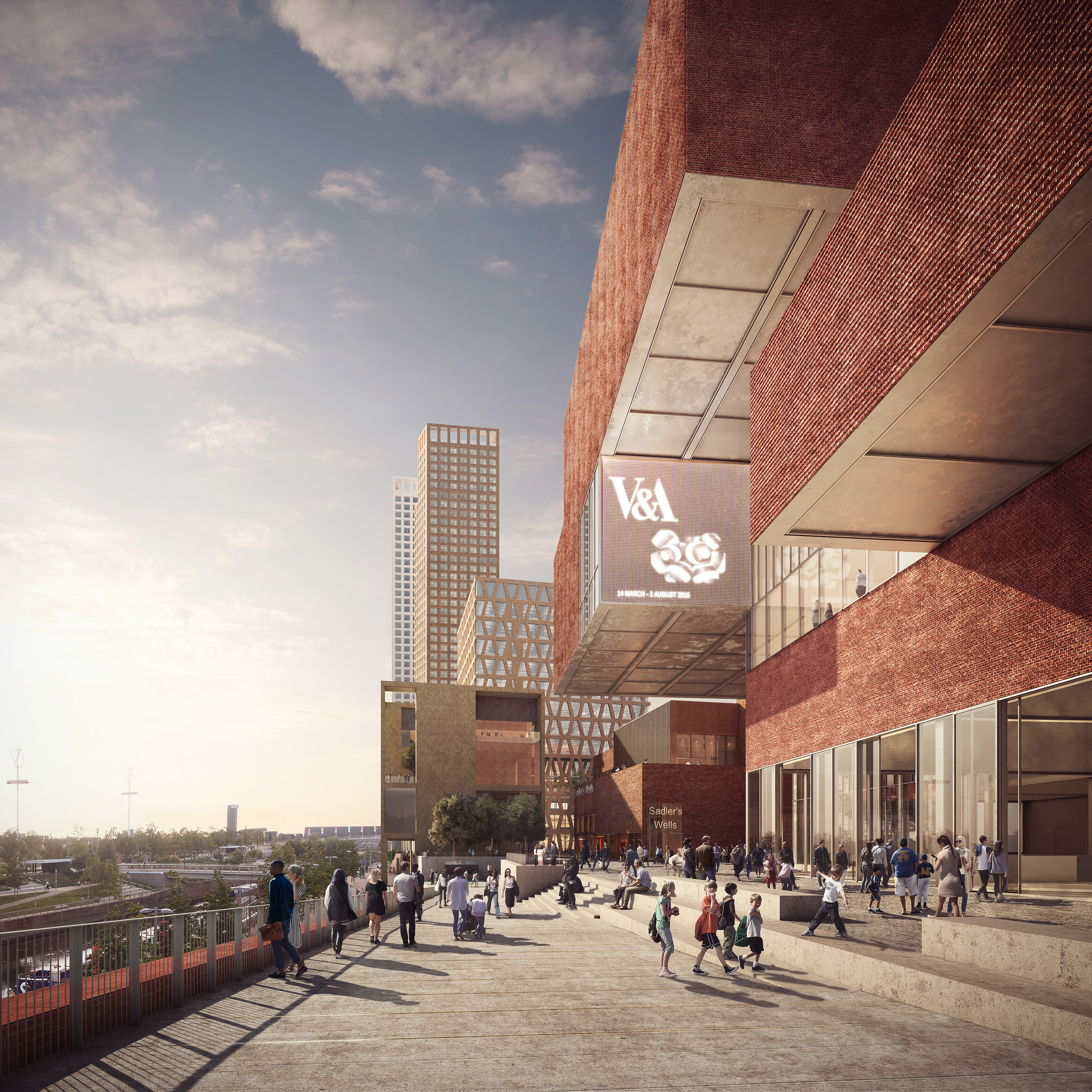 New visualisations have been released of the Queen Elizabeth Olympic Park, which will become home to a new V&A outpost, UAL’s London College of Fashion and performing arts theatre Sadler’s Wells.

The Stratford Waterfront location, situated by the London Aquatics Centre at the Queen Elizabeth Olympic Park in east London is expected to be delivered by 2020/21.

Collectively the area will be known as the Cultural and Education District. It will comprise the V&A building which is an 18,000m2 museum focusing on the digital age, neighboured by the 550 seat Sadler’s Wells theatre and the new London College of Fashion – also home to 6,500 students.

The district is being designed by a consortia of architectural practices master-planned by Allied and Morrison, which is also designing the London College of Fashion and residential areas. O’Donnell + Tuomey is working on the V&A and Sadler’s Wells projects. Arquitecturia is designing a bridge.

A spokesman for The Queen Elizabeth Park, which is run by the London Legacy Development Corporation, says that interior design of the buildings will be the responsibility of the V&A, the London College of Fashion and Sadler’s Wells.

The new visualisations have been created by Forbes Massie on behalf of the architects. Designs are still being honed ahead of planning applications, which will be submitted by the end of the year.

University College London will also have a new campus at the Cultural and Education District, marking its largest expansion since 1826. It will take 3,000 students and 625 staff.

A showcase for innovation and creativity

The Queen Elizabeth Park, which is run by the London Legacy Development Corporation says it wants the district to provide a showcase for innovation and creativity across arts and education, science and technology.

London Legacy Development Corporation executive director of regeneration, Rosanna Lawes, says: “In a few short years we will see not only a new cultural and education district in east London with some of the world’s leading institutions sitting in the heart of the Park, but new neighbourhoods and business districts and hugely successful sporting venues delivering on the legacy promises made for the 2012 Games.”