The Dreamland amusement park in Kent seaside town Margate opened in 1920 and by its heyday in the 1960s it was attracting around 2.5 million visitors a year.

The impact of package holidays in the 1970s led to a decline in British seaside tourism and Dreamland was at the sharp end of this. Many of its rides were sold off and Dreamland closed in 2005. The site fell into disrepair and its listed Scenic Railway was damaged in a fire.

Thanet District Council bought the site in a Compulsory Purchase Order in 2013. Backed by Heritage Lottery Fund investment as well as council cash, the Dreamland Trust has been working with Hemingway Design to redevelop Dreamland as a tourist attraction – and now it is set to reopen on 19 June. Wayne Hemingway describes the proposition as “old-fashioned but oh-so-fashionable”.

Hemingway Design has worked on the full design proposition for Dreamland, with Ray Hole Architects working on the site design and M&C Saatchi working on tone-of-voice.

A key part of the work has been upcycling the site, fittings and attractions, with Hemingway Design’s Jack Hemingway working with a team of local designers to dress the site. This design team sources fairground fittings – often from eBay or private collectors – and then refreshes or repurposes them in a Margate studio. The team is also working to turn wooden sleepers from the original, damaged Scenic Railway into merchandise and souvenirs. 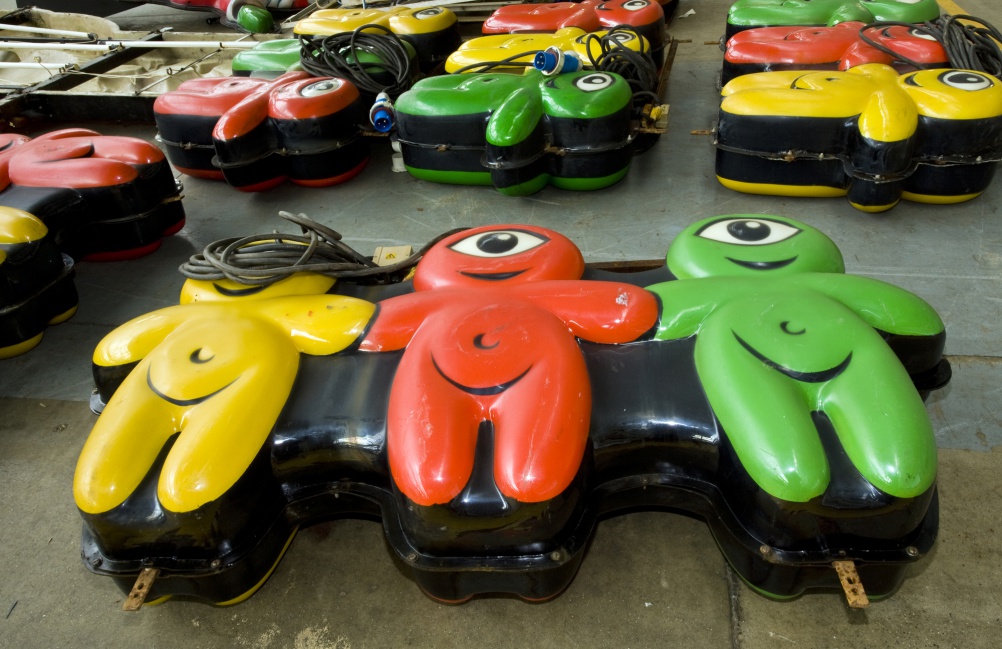 We spoke to Wayne Hemingway about his vision for the project and the challenges of upcycling an amusement park.

Design Week: How did you first get involved in the Dreamland project?

Wayne Hemingway: It was through a bid. We’d been following the development because it was up our street – there’s the community angle and the idea of bottom-up regeneration through people power. I was intrigued by the idea of bringing an amusement park back to life but doing it with old stuff. Also it was Margate – I’ve got a real interest in seaside towns and get pissed off about what happened to them. I come from Morecambe and we’d just come off the back of a really successful regeneration scheme in Boscombe. We hardly ever bid – we might do one bid a year – but I said to the team: “We have to bid for this.”

DW: How did that bid process go?

WH: We got down here four and half years ago and did the bid – we were just taken aback by the scale of the site. We put our heads together and we immediately knew that the ideas the Dreamland Trust had wouldn’t work. We felt we couldn’t respond to the brief – it was a brief to design a heritage museum. For example all the events spaces were going to be classrooms – it was just too dry. We said: “We’d love to work on it, but we can’t do the brief.” We’re quite different as designers – we’re cash-rich – Gerardine [his wife and business partner] and I sold Red or Dead when we were still young. What this means is we don’t take on jobs to pay the staff and we can challenge clients. Half the time they tell you to take a running jump – but with Dreamland we challenged them and we won the bid.

DW: How did you develop the Dreamland design concept?

WH: We came up with this brand which I really like because it feels like the British seaside. But it also feels like it’s of the now and it doesn’t feel steeped in the past – It’s got to be relevant to have that heritage but it’s got to drag people in. We had to fight, fight, fight to get it this way – At first [the Trust] didn’t like the idea of us just having giant swans around, they said: “Why aren’t they part of a ride?” But there was also the issue of practicality – we’d have run out of money in no time if we’d put everything back as it was. The scenic railway is listed so that had to go back as it was – but if we’d done that with everything we wouldn’t have had any opportunities. We are thrifty as a company – we know how to do more, so all the time we’ve been doing that.

DW: How will you keep the brand relevant as Dreamland grows?

WH: We think it’s a brand that can flex – it doesn’t feel a very prescriptive brand. In a way it’s all over the bloody place and it should be – it’s like the seaside. 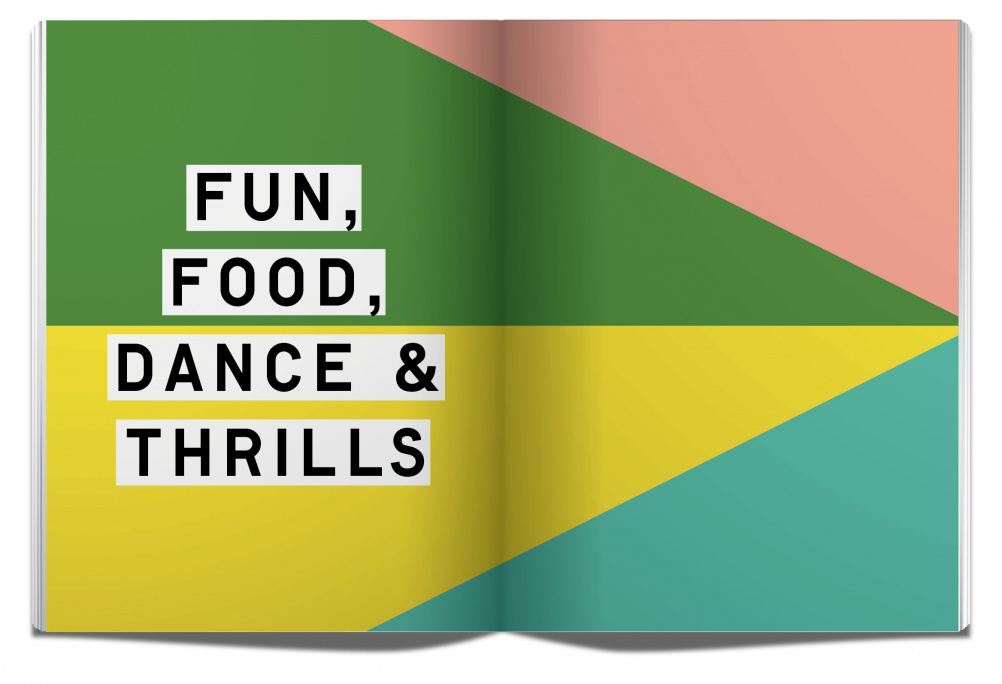 DW: A lot of the rides have interesting stories or history behind them – do you have a favourite?

WH: One is the spinning cups. Every fairground has spinning cups – but here we’ve turned them into a Wedgwood teas-set. We’ve got a Wedgwood artist from Stoke, who normally draws Greek goddesses, and he’s showing the history of youth culture – from teddy boy to mod to hippie to glam rocker to pink to new romantic to raver – all in the Wedgwood colours. The other one is the Counterculture Caterpillar. We’ve got John Shuttleworth, who is so subversive, to play famous pop songs on his bossa nova organ and then we’ve got proper fairground artists to airbrush bad versions of pop stars. Like so many things here it’s going to work on many levels. 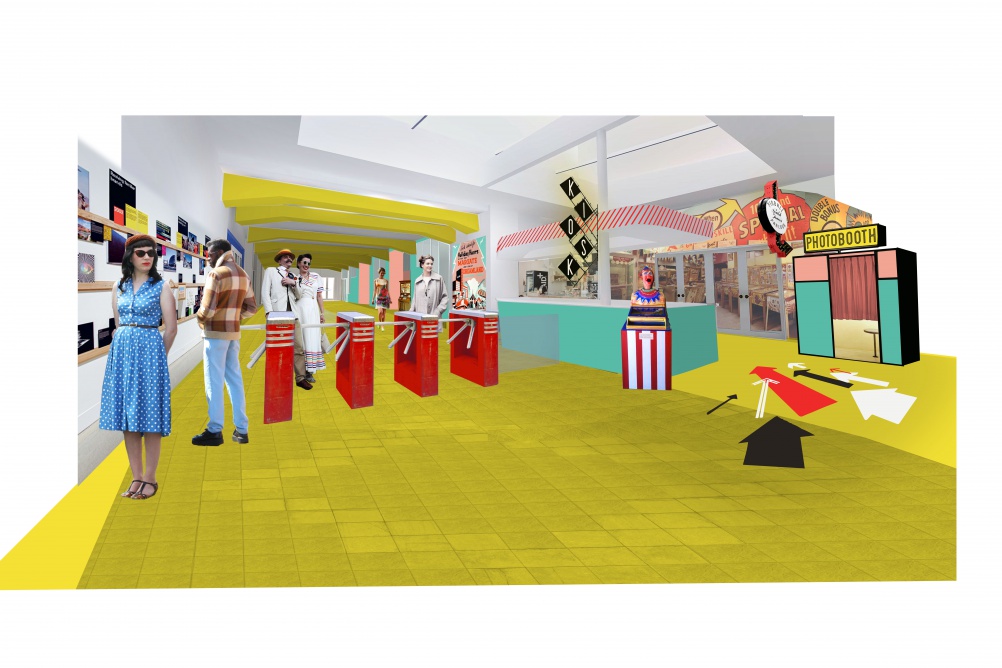 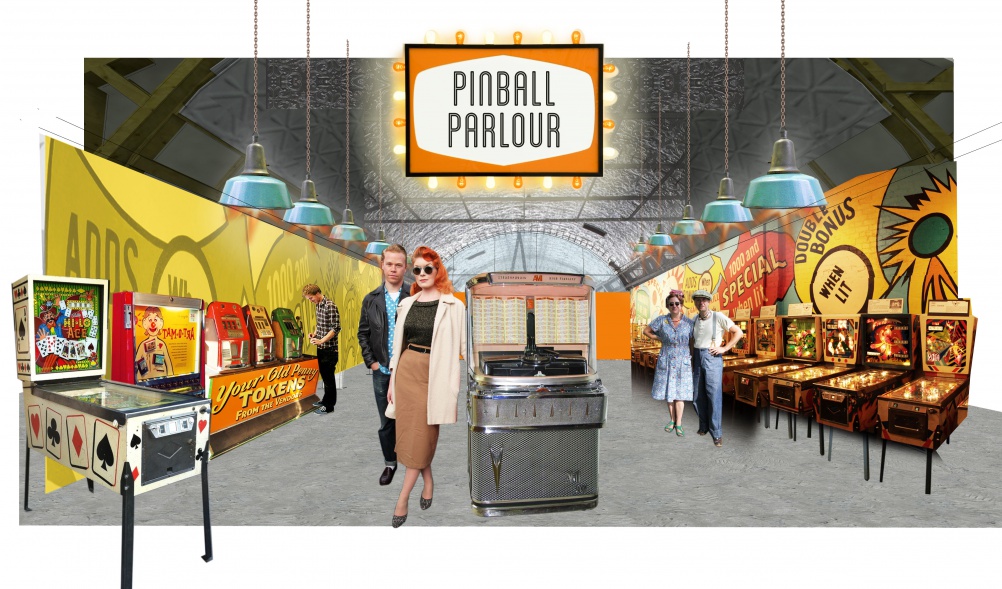 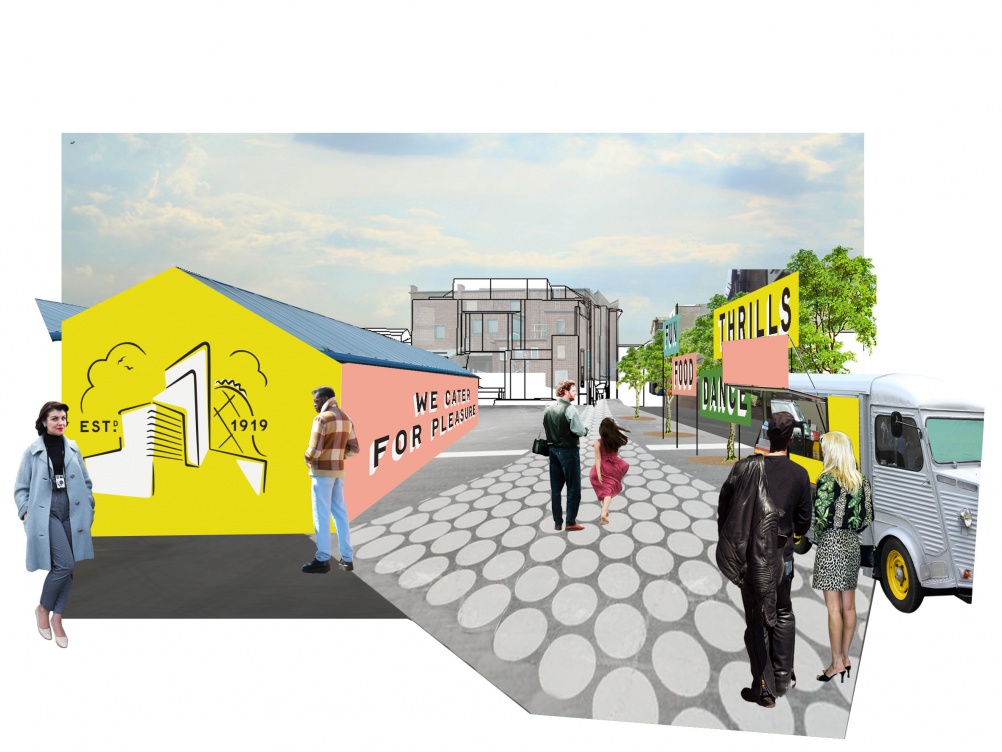 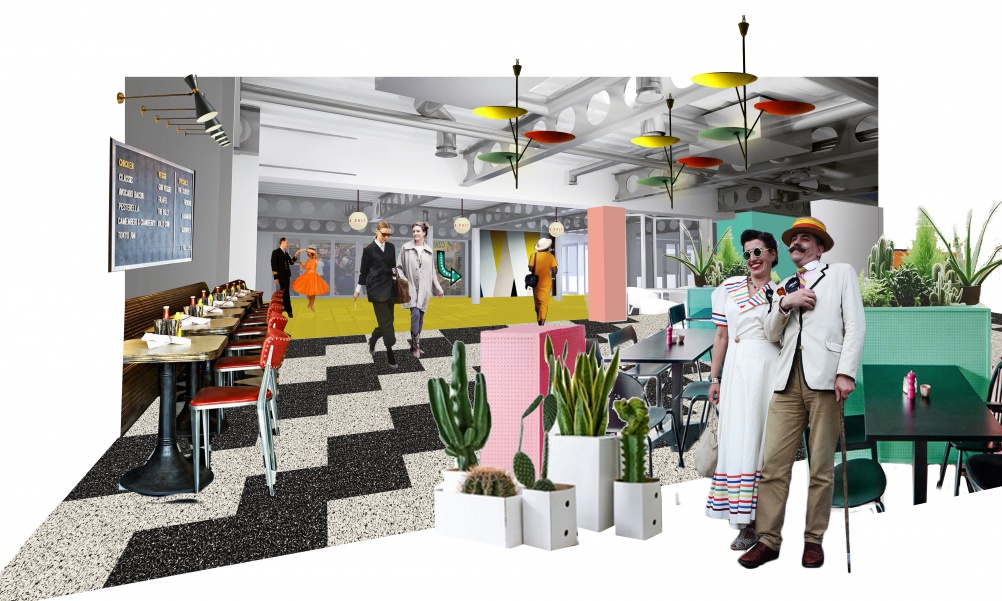 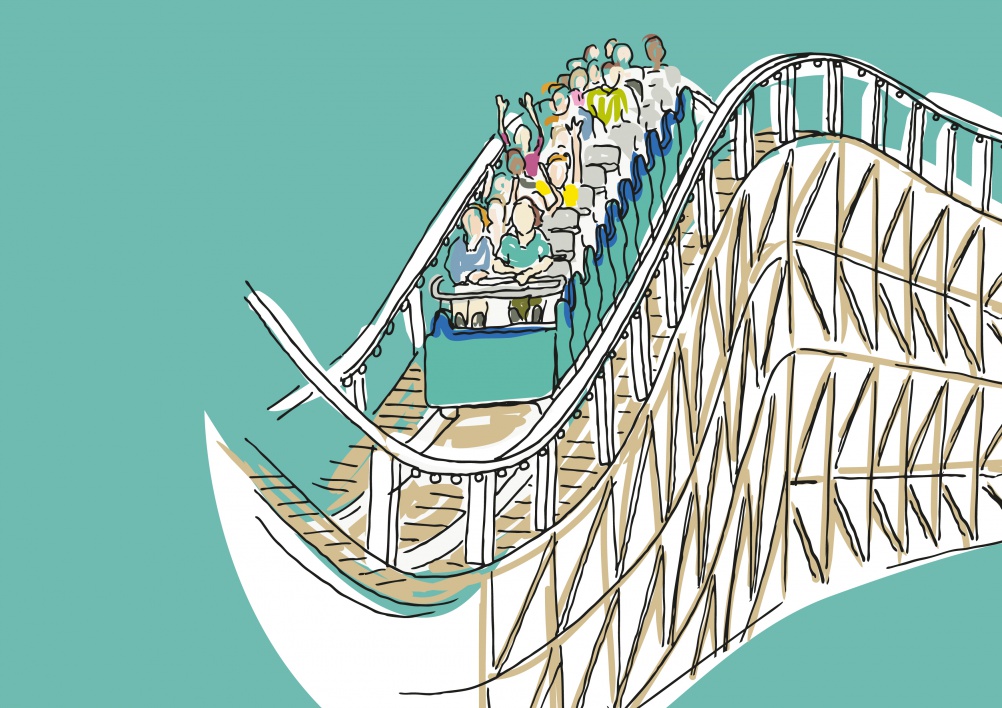 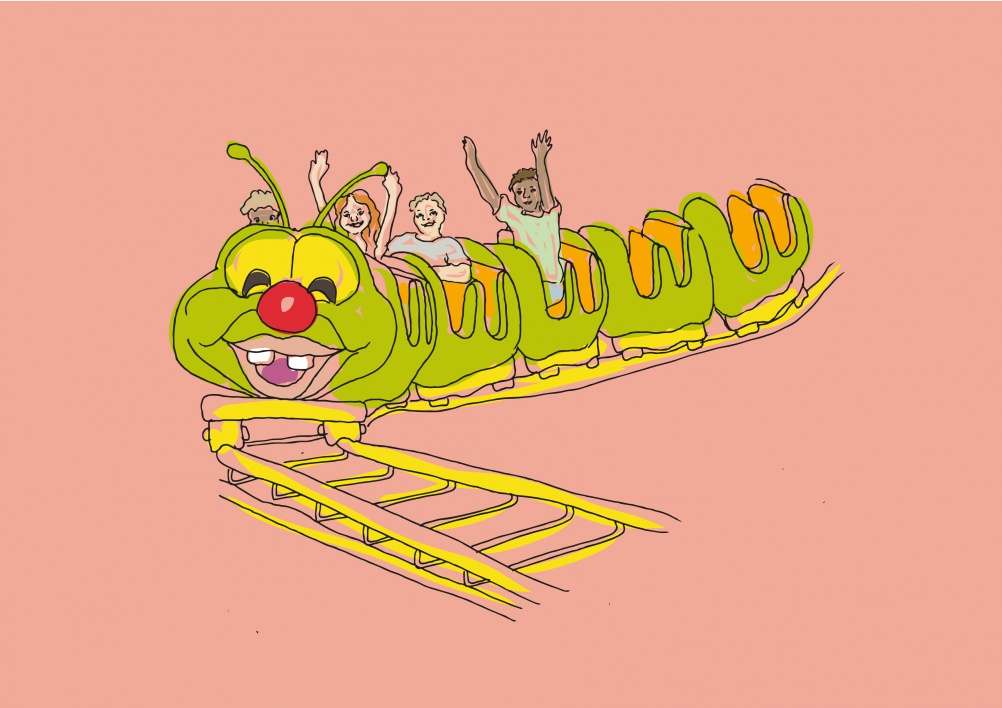 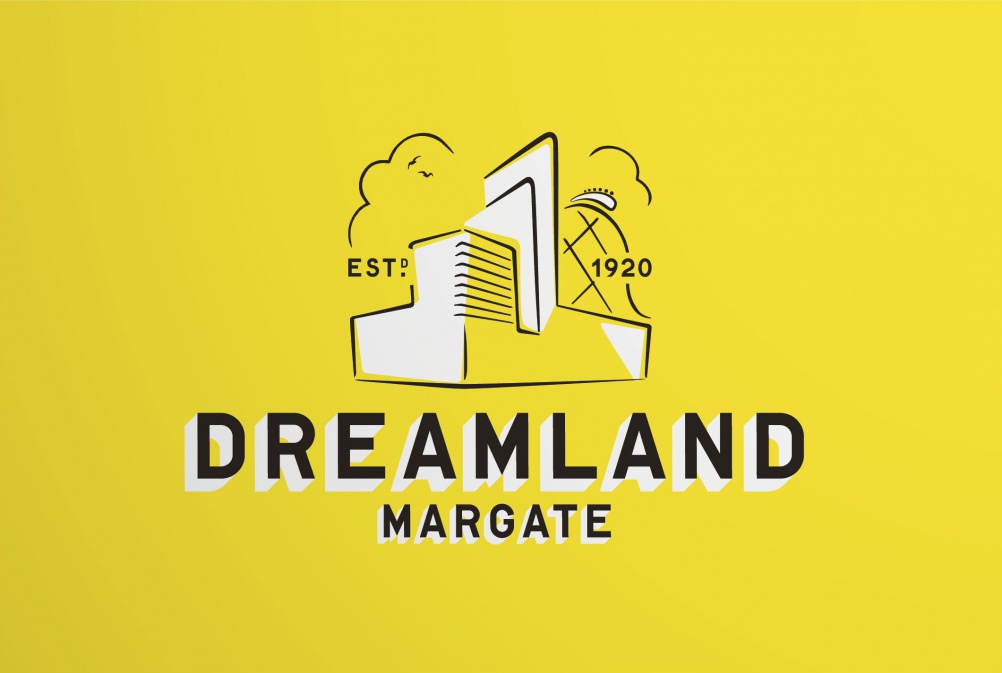 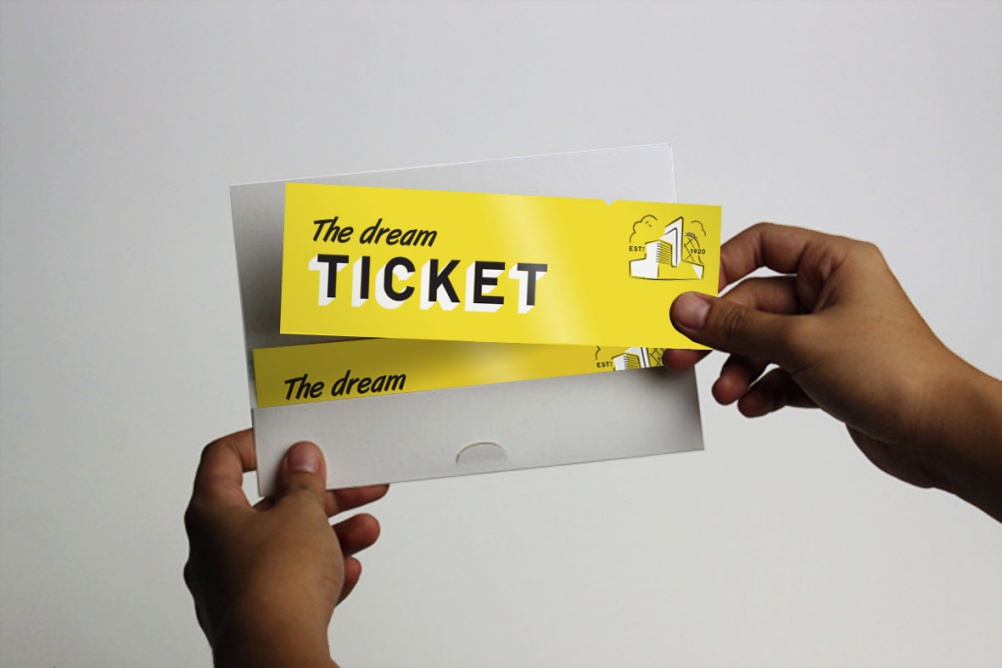 How can you keep print design exciting?