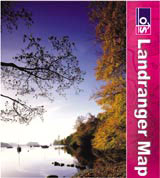 We’re sorry that Hugh Pearman is not enthused by the new design of our maps (DW 11 April). We are very aware – and naturally proud – of the high esteem and affection in which the nation holds the OS Landranger Map.

Because of this we endeavour to apply the best elements of cartographic design and take wide soundings before making changes. We do, however, constantly walk a fine line between showing the modern and ever-changing face of Great Britain in an attractive, yet understandable, way while retaining the heritage and classicism that is so admired.

In treading that line, we are guided by the use to which our maps are put. Today the majority of our customers use OS Landranger Maps to plan their leisure time, so it is important for us to show tourist attractions and facilities in an easily-identifiable manner.

This is also the reason behind the new colouring of primary routes; they have green road signs on the ground and so are now shown in green on OS Landranger Maps. Far from being ‘dumbed-down’, our aim was to retain the best elements of the old design while adding new information to attract a new generation of users – and hopefully converts.

We are interested as to why Pearman made no comment about the photography (from VK Guy Photo Library) or the design (by Julie Bratt and the in-house team) of the new map covers. We believe the new design is eye-catching and attractive to the buyer and it has already attracted comments such as ‘a modern classic’.

I do hope that Pearman, and others like him who use our maps for less mundane purposes, continue to use OS Landranger Maps to imagine Narnia in The Midlands. And I do assure him that we will strive to protect OS Landranger Map from becoming a ‘bonkbuster’.