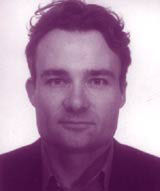 Are you a good collaborator? Yes, of course. Collaboration is a basic animal instinct after all. And it’s rarely possible to work in complete isolation, no matter how appealing it may seem.

As a nation, we think we’re pretty good at business collaboration. A report published just over a year ago by the Design Council and the Confederation of British Industry revealed that 75 per cent of companies (from a 350-strong sample) collaborated on projects ‘from which significant innovations were expected’. But it went further, with almost half of those surveyed (44 per cent) claiming they were typically involved in five or more such projects a year. So how does the design sector fare?

‘Historically, collaboration has been rare from the consultancy side as fees have been tight and once you start to share, things get very tight too,’ says Global Innovation Network founder Richard Watson. (Before founding the ‘brand-futures think tank’, Watson helped to set up the client-consultancy matchmaker Global Design Register, later known as GDR.)

‘A client generally wants a one-stop solution and doesn’t want the headache of managing more consultancies than is really necessary. They would also feel, with some justification, that hiring two consultancies will cost them more in terms of time and fees. Only a precious few clients buy the idea that two heads are better than one,’ Watson continues.

Yet however fraught the idea of warring creatives might be, consultancy collaborations frequently occur. ‘Where collaboration has occurred most frequently,’ Watson says, ‘it is where the project allows for more than one design discipline. For example, Turner Duckworth has been known to work with Priestman Goode and the results have been outstanding.’

That makes sense, of course, but things can get sticky, particularly when the consultancies’ skills begin to overlap, as Colum Lowe, former head of retail design at Homebase, points out. The obvious problem, he says, is that both groups would usually like more control.

‘Usually, whoever wins the work will be in charge of a project, so the hierarchy is pre-established. But where things start to break down is when consultancies have overlapping skills,’ he says.

A project leader tends to emerge naturally enough in any event, be it the consultancy which wins a particular job, an appointed ‘lead’ consultancy, or the design manager to whom the onus of ‘dovetailing’ the suppliers falls.

But as Watson says, the less overlap there is between what consultancies ‘do’ the more likely they can focus on collaboration rather than stealing each other’s lunch. In his experience, the best collaborations occur ‘where a consultancy with 3D and architectural skills is married to one with graphics skills and both respect the work of the other’.

For Watson’s money Jones Knowles Ritchie’s work with Redjacket on Costa Coffee and HaÃ¤gen-Dazs CafÃ©s Europe is an example of true collaboration in motion.

So where does all this leave partnerships between similarly skilled design groups – the truest collaboration of all, the partnership of equals?

‘They can work and, indeed, do work,’ says Factory Design co-director Adam White. ‘Such collaborations are of enormous value to clients, but they rely on two things: first, complete clarity and openness from the client about their objectives, and second, the willingness of the design groups to put their egos to one side and recognise the opportunity in such ventures. Any excess of protectionism from either group will waste everyone’s time and money.’

White reckons certain 3D projects naturally lend themselves to this arrangement, such as train design, for example, where one group can work on the nose and the other the carriage interior.

‘In this case both groups are working on the same product, but the boundaries of responsibility are clear,’ he adds.

Where interests risk clashing, White advises that the scope of each group’s work should be very clearly defined.

‘You must have a clear understanding of what the client’s reason is for the mix, then you either rise to the challenge or move over and let someone else in.’ Respect for the consultancy you are partnering and a fair share of the promotion at launch, are other critical factors, he says.

This may all sound self-evident, but why is so much energy wasted fighting individual corners, rather than putting heads together?

More importantly, what does a closed view imply about your consultancy and the ways in which you operate? What would other consultancies say about working with you? If they were a ‘nightmare’ to work with, the chances are you were a nightmare yourself.

The sticking points of your consultancy partnerships might tell you a lot about the nature of your own beast.

If you are in the 50 per cent of companies that have never even considered partnering another, think what you might be missing.Why companies choose not to collaborate

Opportunity to use someone else’s ideas: 35%

Response to an innovative partner: 23%