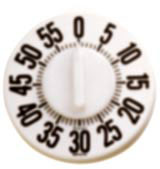 Don’t kid yourself: there’s nothing politically correct about designing for partially sighted people. It makes good economic sense, because only a tiny proportion of your potential customer base has “perfect” vision, and because products designed for the partially sighted often sell better to those elusive “normally” sighted people. Oh, and because not doing so might put you in breach of disability legislation.

Designing accessibly could considerably broaden your customer base to include the 1.7 million people with serious sight problems, some 22 000 of whom are under 16. Then there’s the 1.1 million people who have sight problems to the point where they could be considered partially sighted (but often prefer not to suffer the stigma); the 350 000-plus who are registered blind or partially sighted; and those over 65, of whom one in 12 have serious sight problems, rising to one in six once they’re over 75.

The past year has seen a raft of sponsored initiatives to improve design for partially sighted young people. The industry is starting to recognise that good design can make a huge difference to the access partially sighted people have to information, products and services.

Clare Lundy of design consultancy Navy Blue worked with paper maker Robert Horne and publisher Fulmar Print to create a yearbook (released in November 2000) that flagged up some of the great hardships partially sighted people face in a world of design that largely ignores their needs.

“So many people do calendars,” says Lundy. “We wanted to add more value. We came at it from a different angle – the whole point about the paper is how white it is, how smooth or how rough, the way you touch it as you flick through it. That gave us the idea of making a story about blind people and what it was to be partially sighted, the myths associated with it,” she says.

The yearbook reiterates the Braille text in an infinitesimal typeface, demonstrating that teensy weensy text isn’t difficult just for those who have serious sight problems, but for most of the rest of us as well.

“We made it deliberately difficult for sighted people, to get the point across a bit more that despite being partially sighted people can still manage to go about their normal business,” says Lundy gleefully, “

The Royal National Institute for the Blind created a website to help younger partially sighted people do just that: Sort It! (www.sortit.org.uk), launched late last year, offers 11to 16-year-olds advice on how to deal with bullying alongside a social calendar and advice on how to get hold of special equipment – all in bright colours with scalable fonts and supporting speech synthesis. Five-person firm QiQ, based in the Midlands, built the site under RNIB tutelage – though it’s very different from the RNIB’s own site.

“Accessibility has been very important [on RNIB sites], but the design component has been less important,” says QiQ MD Peter Harris. “Because of Sort It!’s audience, we had an interest in making the design component more appealing visually – the audience might struggle to see some content, but it would appeal to a broader range of viewers. We had to take into account colours – green is quite common throughout the site as it’s easy on the eye and most visually impaired people don’t have trouble viewing it,” adds Harris.

And, as the Disability Discrimination Act of 1995 requires service providers to make information about their services accessible to everyone, Harris points out that “It’s not just good practice to produce accessible websites – it may be actively illegal not to do so.” Last year, computer giant IBM spent £1.4m redesigning the official Olympic site to make it more accessible.

“The brief was to design something that had all the functionality required by disabled people, but also looked great and worked for able-bodied people What we wanted to do was not feel we were limited creatively in terms of colours we could or couldn’t use, so we tested them. We came across a piece of software that mimicked what it would look like for red-green colour blindness,” he says. Design House checked whether a particular colour palette would not only look alright, but provide enough contrast.

Also shortlisted was Priestman Goode, for its concept of taking 3D images from the Web and producing them with 3D printers like those used for rapid prototyping; this method could make, well, anything, but might start by printing websites in Braille, or 3D maps. “One of our major aims was to make it inclusive,” says Priestman Goode designer David Hamilton. “Easy for everyone to use, so visually impaired people didn’t feel stigmatised – it’s not just a special product designed especially for them,” he adds.

Industrial designers are also taking the partially sighted into account, as well as the ever-increasing number of those of us who are shortor long-sighted, or just older than them. The RNIB has made a start, offering Making Life Easier, a catalogue of products and services: from bright yellow corkscrews to a talking microwave.

The RNIB is very active, and the experiences of Paul Snee, head of the RNIB product development team, show how great the economic imperative is to design for those with visual difficulties. Snee had enormous input into British Telecom’s hugely successful Big Button phone, designed with visually and hearing impaired people in mind.

“It sold 64 000 and outstripped its 18-month business plan within the first three months,” says Snee. “Deemed to be a special-needs product, in fact, it clearly demonstrated that an inclusively designed, good-looking product that everybody can use can be a mainstream commercial success.

“It’s alright for a 26-year-old to be designing something for another 26-year-old, bursting with features that add to the cost, but give very little benefit, but the majority of the world is going to be 50-plus in a year or two’s time, with various disabilities on board. Designers need to take note of who is the larger market, who has got the most disposable income – it’s stupid designing products for a minority of people,” adds Snee.

Alex Stone, who sits on the management committee of Blind in Business, is registered as blind, and programs banking systems for HSBC, would agree. “What was so good about the whole Design Challenge was that Factory Design created a milk carton. How much did that need doing?” Think little foil tabs on Ocean Spray cranberry juice cartons and you will understand what he means. “Another one was the car. I’m sat there, and I’m thinking, ‘I know that I can’t drive a car, but I’m having that [model] when they design it’.”

Stone would like to see improvements in transport, food packaging, street furniture – anything above the knee that you don’t see, he says – it’s invisible to your white stick – and more standardisation of textured paving for road crossings, instead of a texture meaning one thing in Leeds and another in London.

He might just get his wish at Heathrow’s Terminal 5. Two research associates at the Helen Hamlyn Research Centre, Carl Turner and Karen Adcock, worked with BAA (formerly British Airports Authority) on “landmarking” the new terminal, which is, says Turner, just a big, empty shell. Through user visits including people with various disabilities, Turner and Adcock speculated on ways to make the terminal more enjoyable and more accessible, using a “tactile pathway” of textured floor to delineate routes through the space, for example.

BAA was particularly interested in their concept of “information arches” that concentrate on sound and data, which Turner and Adcock developed after one user complained he had to go into the men’s room to hear and comprehend announcements over the PA. They will be prototyping an information arch in Terminal 1 for two weeks sometime later this year.

Other organisations, too, are rapidly responding to the need for better design. The Post Office will be rolling out public information points sometime this summer ” that look like a small parking meter with a VDU screen,” says Snee. He consults at the Post Office three days a week to ensure in-store equipment such as cashpoints, queue barriers and signage meets the requirements of the DDA.

And the RNIB, not to be outdone, is next week launching its See It Right initiative that helps consultancies put their information in an accessible format, for everything from large print to cassette tapes to Braille to websites.

See It Right is at the Design Museum on 30 January. A pack of 12 booklets is available for £20 including postage; and Making Life Easier: A catalogue of products and services for people with sight problems, at a price of £3, are both available from the RNIB on 0845 702 3153 or cservices@rnib.org.uk

New rules for a cleaner fight