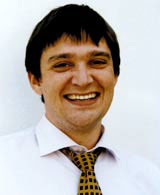 Tenacious, thick-skinned and driven by money. That’s the classic profile of a new business person and, in many respects, it still holds true. But, in these lean times, the role is under scrutiny as consultancies try to work out how to bring home the bacon.

If sales are your thing, then there’s not been a better time to get into new business. ‘It’s the one area that people are recruiting in,’ according to Hannah Dinham, consultant at recruitment agency Periscope. Dinham has spotted an increasing demand for senior people to fill the post. And there have certainly been some high-profile appointments recently.

Some consultancies are also outsourcing parts of the role to specialist new business agencies such as Rainmaker, DMO, Alchemy and RSW. But having someone in-house sounds the most logical way of doing it, as they can focus on just one business and, if they are the right person, will speak to prospective clients on brand.

Rainmaker managing director Denese D’Moirah acknowledges that consultancies do worry about turning to outsiders. ‘There are concerns that the consultancy’s brand could be damaged [by some telesales people],’ she says.

Appointing a new business person is no quick fix. Those in the know say it can take at least six months for the positive effects to be felt. However, Ticegroup management consultant Ian Cochrane believes a new face is not the best way to sell your wares.

‘What you’re selling is the personality of your business,’ he says. High turnover also dogs the role, with people often only staying for a couple of years. Cochrane questions whether this is a good return on a consultancy’s investment.

It’s hard, he claims, to find one person with all the skills needed – from managing a database to making presentations. He suggests much of new business is best handled by the partners or senior directors. Some elements, such as cold-calling, could be outsourced, while the administrative side can be dealt with by someone in-house.

Seymour Powell’s McCormick sees it differently. ‘You have to have a new business person if you want to control your [own] destiny,’ he says. That is, someone to plan how to target specific clients or sectors. This is the experience of graphics group Sea. The consultancy is doing well, but the partners wanted to grow the business. So, in June, they brought in a new business person two days a week. ‘We’ve always been busy doing the doing,’ confides partner Bryan Edmondson.

However you approach it, new business is not for the faint-hearted. Even those in senior roles are faced with a gruelling task. ‘They’ve got to have passion and be motivated by the chase,’ says Fitch London managing director Jane Simmonds.

For small consultancies it can be harder still, as it involves raising awareness before you can generate leads. Birmingham group Boxer appointed Paul Thwaites in January. ‘When nobody knows who you are, you’ve got to work really hard,’ says Boxer managing director David Poole.

However, McCormick, who has also worked at Minale Tattersfield & Partners and the then Wickens Tutt Southgate (now Brandhouse WTS), has chosen not to take commission at Seymour Powell. Instead, in addition to his salary, he’s joined the consultancy’s profit sharing scheme.

‘Commission is divisive and unfair,’ he says. It’s also geared to the kind of short-termism that McCormick feels is inimical to carrying out his task. ‘Ninety per cent of my work is not of immediate benefit to my company. Design is a distress purchase, it solves a problem, so you need to be top of mind with clients. And that comes through relationship-building.’

Compare this with the external telesales agencies – many of which charge per call made or per meeting generated, though some are on a retainer. McCormick has worked at such an agency. He says, ‘We were supposed to make 100 calls a day and out of that we hoped to speak to ten decision makers. Of those, we would hopefully arrange one meeting. For every three meetings, the design group should pick up one brief to pitch. For every three pitches, they should get one project.’

Rainmaker, which doesn’t consider itself a conventional new business agency, is not renumerated in this way. Instead, the set-up is different for each consultancy.

For all the pros and cons, if a group is really suffering, it could well be too late to bring in someone or outsource new business, says Cochrane. The way to ride out a recession may be to stick with what you’ve got. ‘Some 75-80 per cent of a group’s effort should be towards existing clients’, he adds.