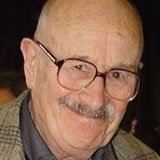 Start-up companies should establish how they differ and it’s crucial to get the details right – right down to the design of a card, says David Bernstein

Simon Manchipp (DW 27 April) made some pertinent observations on going solo. I particularly endorse this one/ ‘come up with a good name, think about your point of difference and apply your ideas on branding and marketing’. Too often these ideas are applied exclusively on behalf of clients – and the cobbler is ill shod.

I would, however, question Manchipp’s order. Point of difference is point one, ideally the raison d’être. It is a positioning, your challenge to the market place. Difference – for example finding and exploiting a gap in the market – should be the driver of your young business. Frequently it isn’t. Frequently, in conversation with start-up companies, I find they cannot define their distinctiveness.

Are they faster, more comprehensive, cheaper, more daring, accountable? Or does their distinctiveness reside not in the substance of their offering, but in its style, in the personality of the company? If so, how is that articulated? All these factors are components of branding and marketing. Working through them should provide the answer to a client’s question, ‘Why should I give you my business?’

Americans I work with refer to the elevator test. You get into a conversation with a stranger between floors and have ten seconds to explain what your company is about. What do you say?

Of course, your business card may say it for you. Manchipp rightly warns against taking too long to design a letterhead. Last month, Sue and I discovered a new restaurant near our house in France. A young entrepreneur and his partner, the chef, had renovated an old auberge. The meal was good, the ingredients local, the service friendly, the ambience serene, the price reasonable. We asked for their card. The proprietor apologised for giving us a temporary card, that of the establishment in its previous guise. The effect was one of dissonance. The card was just a reminder of the address and phone number. It did not sum up the experience, let alone reinforce it.

‘The cards should have been ready,’ said Sue. ‘I wanted a tangible souvenir of the afternoon.’ Designing a new card should have been a priority. Briefing a designer is a rigorous discipline – for the briefer as well as the designer (who, in the case of a communications company, may well be the same person). And yet the activity is rarely treated with the importance or urgency it merits. Indeed, Manchipp claims to ‘know groups that have been in business for years and still don’t have a letterhead’.

I would find it difficult to exist in that sort of limbo. Can a company be sure it has an identity without a corporate identity scheme? How can it be coherent without a constant reminder of what the company represents? How can it reflect the distinctive ethos?

A company and its corporate identity scheme should have a symbiotic relationship. The former should determine the latter; the latter should act as a permanent reminder of what the former stands for – and how it stands out.

For a start-up company, a professional corporate identity scheme is evidence that it has devised a marketing strategy, defined a positioning and agreed on a personality. The name itself may convey the point of difference. If not, then a descriptor should do it – a few words that etch the distinctiveness of its offering, words that can be uttered before the lift doors close.