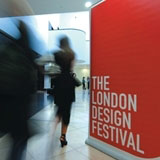 London Design Festival has secured £300 000 of funding, but is still seeking a major sponsor and is charging exhibitors for the first time this year, director Ben Evans has confirmed.

Arts Council England has allocated funding to the festival for the first time, giving £100 000 over the next two years. In addition, LDF has secured an extension to its three-year funding agreement with the London Development Agency, but this has been reduced from the £300 000 per year, given for the past three years, to £200 000 for the 2006 event.

In an attempt to shore up further revenue, each exhibitor is being charged £250 to be affiliated, officially, with the festival. ‘We haven’t charged people for the first three years, but our backers suggested that we might try to raise some more money by charging exhibitors to take part. We are also still looking for a major sponsor,’ says Evans.

Following record attendance of 475 000 visitors at last year’s event, Evans says he is not looking to grow the festival significantly this year, as it had hit a ‘critical mass’. But the organisers are hoping to raise the profile internationally through a tie-up with Creative London and UK Trade & Investment to set up a ‘business matching service’. ‘The distinguishing feature [of LDF] is that London has international quality across a wider range of design disciplines than other festivals and cities. We celebrate 20 to 25 disciplines,’ says Evans.

A ‘British design embassy’ meeting point is also planned, with the Nash Room at the Institute of Contemporary Art the provisional location. Interior design will be by Tom Dixon.

Plans to host the World Creative Forum overseas this year have not been established, although discussions are underway, according to LDF manager William Knight. The forum was held as part of the festival in 2004, but was dropped last year (DW 14 July 2005).