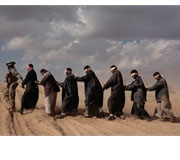 Tank magazine creative director Masoud Golshorkhi is giving a talk at the Apple store on London’s Regent Street on Thursday evening, to coincide with the launch of Tank Too, showcasing the early work of the magazine, which is published this week. 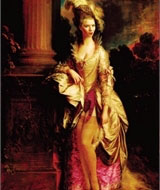 A cheeky adaptation of Thomas Gainsborough’s painting The Honourable Mrs Graham has been designed by Manchester consultancy Reform Creative to promote She Stoops To Conquer, which opened at the city’s Royal Exchange Theatre last week.

Designer Bill Amberg has created a luxury expedition kit for Champagne GH Mumm, working in collaboration with adventurer Bear Grylls. The backpack contains survival tools, a compass and a silk map depicting the Champagne region of Reims. It will be available from Selfridges in July and will retail at £275.

Alex Dreyer has designed Spin, a neoclassical six-seater wooden table for Habitat’s Autumn collection, due to launch at the end of August. 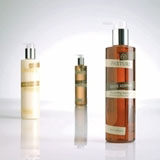 Studioexposure is designing a temporary in-store football experience space for Umbro at Selfridges, which will be open in London from 9 June to 9 July.

Salad has designed the identity and graphic design for Pasture, a newly launched cosmetics brand, which goes live this week.