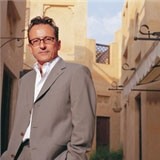 Gregg Sedgwick has built the biggest branding group in Dubai, with the help of his multicultural team. Given the diversity of projects, he is firmly committed to developing the Middle East, says Lynda Relph-Knight

Gregg Sedgwick has come a long way since he set up alone in Dubai’s Media City district some five years ago, broken by an unhappy partnership in The Media House with a local businessman, which had brought him to the Middle East five years previously. From humble beginnings and a pledge not to go for a big consultancy again, he now heads the biggest branding group in the region.

GSCS started with ‘an Ikea table, an Apple Mac, a kettle on the floor and a few chipped mugs’ in a corner of what is now the studio of an office he has expanded by persuading neighbours to give way, and the place is heaving. It’s like the fast-track development of Dubai, with its ‘can do’ culture.

Now 37-strong, it works with many of the Middle East’s top operators, particularly in Dubai’s dynamic property sector. Projects include the prestigious Burj Dubai development, where it is handling naming and wayfinding for the Old Town quarter, hotel group Jumeirah’s impressive Madina Jumeirah resort and the offshore The Palm project of artificial islands configured to represent the world – GSCS is naming and branding the nine islands that make up Australasia, or Oqyana as it is now called.

Sedgwick’s team is deliberately multicultural and he is very choosy when recruiting staff, believing a blend of English and Arabic-speaking people is essential to create the best local branding. His partners are Lebanese new business director Habib Beaini, whose mother runs a deli off London’s Edgware Road, Glaswegian designer Steve Mitchell and Syrian designer and artist Ghiath Laham, all of whom are Middle East veterans, working not least with Sedgwick at TMH. 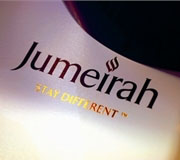 The rest of the team includes Brits, Kiwis, Arabs, a South African, a Pakistani and a self-styled ‘token Yank’. To add to the line-up, Charles Trevail of London management consultancy Promise and an old friend of Sedgwick, recently became an adviser and is working on a couple of projects with him.

Creativity is a strong theme at GSCS – as is experience of big brands. Both Sedgwick and Beaini are designers, despite their management roles. Mitchell has worked with Landor’s Dubai office, while wayfinding experts Craig Stott and new wife Sylvia joined from Lloyd Northover.

But so, too, is a distinctive style in branding that crosses cultures with panache. Laham’s glorious calligraphic designs incorporate the name in Arabic within abstract imagery that conjures up its meaning. The English name appears alongside, as is required in Middle Eastern countries, with Mitchell providing the rigour.

The resourceful Sedgwick has run his own businesses since leaving college, claiming he is unemployable. He co-founded Richardson Sedgwick in Surrey before taking up the offer of a partnership in Dubai some ten years ago, which became THM when he ‘got jaded with London’. Richardson Sedgwick continues without his involvement.

With a strong team effectively running the branding consultancy, Sedgwick has already diversified. A keen photographer, with Getty’s most-used image to his credit, a couple of years ago he set up Gallery One, an image-based offer, using retail outlets as ‘a shopwindow to the Internet portal’ – www.g-1.com. ‘I decided I’d developed so many brands for other people, it was time to do one for myself,’ he says.

The idea behind Gallery One is to make it accessible. ‘Why should people feel intimidated by galleries?’ he asks. To this end, he has prevailed upon the likes of photographer Terry O’Neill to go over to Dubai for exhibitions in his two shops. The vision though is for about 50 outlets – ‘or maybe 200’.

And it doesn’t stop there. Sedgwick’s latest venture is Image Buyout, a company that sells images, rather than renting them out to anyone who wants them. The idea stems from Getty’s decision to lend out royalty-free images in 1996, when he gave his photographs to the image library.

‘I spend a lot on images through the branding consultancy,’ he says, ‘and it occurred to me, “Why rent when you can buy?”‘. Images, in the digital age, are ‘visual popcorn’, he says, so to keep an image special, you have to own it, as a company might own a typeface. 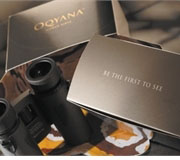 A year on and the Middle East-centric pilot site has netted $250 000 (£133 350) without any marketing – and his images have gone as far afield as the UK and North America.

What next? Well, who knows with Sedgwick. But he is committed to Dubai and to developing more brands within the Middle East. For all his diversity, he was as excited – quietly – as the rest of the team when a big job in Kuwait came in as I left the office.