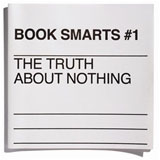 In an era of blogging, print is still the first choice for many designers who are embracing the DIY ethic by producing their own independent publications. Liz Farrelly speaks to a selection of designers who have gone it alone

Whether they’re intended to drum up work, raise a profile, generate income, or realise ideas without the interference of a client, self-published projects by designers – in the form of books, zines, posters and stationery – are finding a willing audience. Having bypassed the marketing-led demands of commercial publishers and the (sometimes) draconian attitude of mainstream media, these do-it-yourself designers are able to present a more personal attitude to the world. Distributed on-line and via specialist outlets, here are a few to whet your appetite.

Anthony Burrill has been involved in DIY publishing for over a decade, initially as a member of the Cactus Network, renowned for collated box-art productions. These two latest projects share a deliberately lo-fi, no-nonsense aesthetic, with his characteristic chunky, one-colour type and clip-art image combo adopted for ease of production and in-your-face attitude.

Book Smarts is the darker, more opinionated of the projects, a collaboration with Chad Rea, a one-time colleague at Kesselskramer in Amsterdam. ‘He thought my graphics would suit his text’, explains Burrill. They adopted the ‘cheap, photocopied’ feel to keep it affordable.

For Tomorrow, Burrill wanted to work with a local printer – ‘Adams of Rye, which still uses hand-set metal type. I like the traditional feel of woodblock and letterpress, and the fact that it hasn’t been designed on a computer’, he explains, ‘so each piece of print has its own unique feel and character’.

Luce Choules decided to tackle magazine design and production while on an MA course. Required to make a mock-up, she had 2000 copies boxed up in her hallway by assessment time. Inspired by a love of the outdoors – she climbs, snowboards and cycle-tours – along with maps, information graphics and photography, ken360 is a perfect marriage of form and content, presenting contributors’ tales of outdoor ramblings in a fold-out format – born of Choules’s preference for working out ideas on large sheets of paper – hence the ‘mappazine’ tag. Reluctant to taint the concept with advertising, she set up Chalet Alpin to do it herself.

‘The huge sheets present a design challenge and a new reading experience,’ explains Choules. People who are conversant with maps handle them with ease, folding and refolding the sheet until it’s all read’, while those who are less handy stick it to the wall. Chalet Alpin also produce ‘folded-sheet format’ stationery, with a series of artists’ monographs in the pipeline.

Founders of Brighton-based collective, Posikids, are yet to graduate from the university’s BA in Communication course. Meanwhile, its first directing job, a music video for fellow students The Maccabees, is currently airing on MTV. Such a precocious attitude may have been fostered by its self-published Math magazine, which launched it into the wider world with an attendant website and exhibition.

Posikids’s Hugh Frost explains its aim for the magazine. ‘Rather than displaying existing projects outside their original context – like most design magazines – we wanted to provide a space for original work by our favourite visual artists,’ he says. Attracting contributions from the likes of Dave Kinsey, AbAKE and Alan Fletcher, an eclectic mix of imagery and ideas is pulled together via a two-colour print treatment. Presented on substantial stock in a square format, ‘it seemed to fit the title’ – each page feels like an original ‘wall-ready’ artwork. Stickered and stamped covers and sewn bags ‘retain a human touch’ and connect Math to a tradition of covetable ‘art zines’. 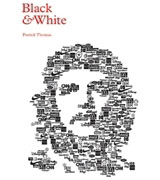 Since his graduation show at the Royal College of Art, featuring silkscreened books, illustrator Andy Smith has put his background in the medium to practical use. ‘I’m able to made quite big editions of prints fairly quickly, and I’ve always been interested in storytelling, so it made sense to print books’, he explains. ‘It’s also a good way of experimenting with new work as I only make a few hundred of each book, then it’s on to a new one’.

Smith emphasises the ‘throw-away’ and ephemeral – ‘they’re not art books’ – by combining a small format with simple staple binding, and not worrying if ‘the registration is out or the ink has fully printed’. For him, it’s more important to hang on to the handmade feel and ‘just make the reader laugh’.

‘It’s also a good way of promoting my work’, he explains. He’s now working with an animator on a film about the target people characters, as a direct result of the book being seen. ‘Lots of art directors and designers bought the books, which led to quite a few jobs.’

Girl-about-town and avid music fan, Bobbi Sox single-handedly produces Conquistador. ‘I’ve always loved fanzines – I love the idea of something that can be made so easily and cheaply, and be full of stuff a magazine might never take a chance on’, she explains.

A designer and image-maker, Sox set out to push the genre. ‘No one was doing anything particularly innovative. Music zines were so caught up in scenes and trends, and you could flick through an ‘art zine’ in about a minute. I wanted to put reviews and interviews alongside drawings and photographs, about whatever I’d been up to.’

She tweaked the zine format, while keeping it photocopier-friendly. ‘It went landscape, and, as I love packaging, I hid it in an envelope.’ Bound with coloured ribbon, ‘an enticing little tuft’ left sticking out heightens our curiosity. With free gifts and fancy envelopes, Conquistador is a ‘pretty personal fanzine’, she adds. ‘Everything in it is something I like; it’s not even that I feel I need to share this stuff with anyone. I make it for myself really’.

After graduating from London’s Royal College of Art, Patrick Thomas relocated to Barcelona back in the early 1990s, where he has both freelanced as an illustrator and set up his own company, LaVista.

Black & White is a collection of images he’s made for various media – newspapers, magazines and personal work – and aims to introduce his work to a wider audience. At the same time, Thomas created a freebie newspaper, featuring some of the same work, for the launch exhibition.

‘I wanted to keep the book as simple and affordable as possible. Many of the images were originally in colour, but I reproduced them in black and white to stress their ideas, rather than their decorative nature’, he explains. ‘For the newspaper, the large format was a reaction against the tabloid trend. And I liked the idea of producing a text-free newspaper, as the captions are only in the book.’ Alongside the book, laVista also publishes limited-edition silkscreen prints by a roster of international designers.

Choosing the format of a facsimile passport to tell the tale of a trip to exotic locations on the other side of the world, is both a clever conceit and an ambitious aim. Alistair Hall, of graphic design consultancy We Made This, explains how ‘Passport’ happened.

‘I wanted to create something for potential clients that could also be sold in Magma – something that would evoke the mood and mind-set of We Made This, and that was entertaining too,’ he says. 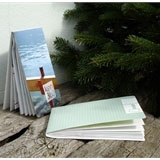 With the freedom to shut up shop, he took a trip to Hong Kong, Japan and New Zealand, amassed stacks of photos, along with some witty observations, and presented the results in passport format.

‘Passports show where you’ve been and hopefully let us go to some new and interesting places too, both physically and metaphorically’, explains Hall.

Discovering that the manufacturers of real passports were ‘understandably a bit cagey’ about telling him their secrets, he found a friendly printer – Paul Haslam at Benwell Sebard – to help him realise the project, ‘balancing costs against desires’. The end result, though, is very convincing. l