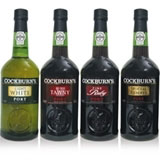 To stand out in the stores, some brands are opting for a retro look at the moment, while others tap into our desire for simplicity with an uncluttered, minimalist approach. David Benady checks out the latest revamps

Some of the country’s biggest grocery brands are getting packaging facelifts as they confront the fast-changing market conditions of modern times.

But a number of designers question whether any but the most radical revamps will save age-old products from terminal decline. Packaged grocery brands are under attack from supermarket own-label products and are struggling to grab shoppers’ interest. While the pressure is on to do something dramatic, other designers advise brands to evolve gradually, rather than be panicked into rash relaunches.

Colman’s of Norwich, the mustard brand, has just been redesigned by Design Bridge as it seeks to restore the product’s premium credentials, which have been diluted by previous updates. The revamp is by no means a radical departure and some wonder whether it will be enough to help reinvigorate the brand. However, new squeezable packaging will be launched in July. Meanwhile, Walkers Crisps’ January revamp, by Landor Associates, has led some designers to criticise the conservative nature of the update.

Other recent revamps include Kimberly-Clark modernising the colours of its Andrex toilet tissue products with work from Big Idea, and the redesign of its Kleenex for Men tissues by FutureBrand. In alcoholic drinks, Cockburn’s Port has been repackaged by Brandhouse WTS in an effort to make clearer the differences between its various versions. 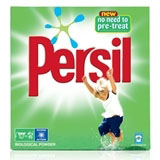 A measure of the radical moves that are being made to modernise established brands was Persil’s decision last year to include the image of a splat of dirt – previously unheard of in laundry packaging – on its packs, as part of its ‘dirt is good’ campaign.

According to some, the crisis for packaged goods is so severe that brand owners need to take radical steps in packing, which many shy away from. Richard Murray, a director of Williams Murray Hamm, says, ‘Our industry conspires to make people think that change per se is a mistake and that it usually has catastrophic effects.’ He advocates radical revamps and criticises brands that make only small changes to their pack designs – identifying Nescafé, Aero, Viennetta and Kingsmill as products that make ‘unremarkable tweaks’.

WMH has presided over a number of controversial repackaging exercises. The redesign of Hovis packaging, featuring baked beans, was hailed for reviving the brand and helping it increase market ‹ share against own-labels. The consultancy also persuaded Jaffa Cakes to drop its name on-pack in favour of humorous slogans, a short-lived development that was dropped by the company.

Others reject the view that packs have to work overtime to promote brands. As Jim Prior, managing partner of The Partners, says, ‘I don’t buy into the idea that packaging is an advertising medium – it is part of the product experience. It has crossed the line if it is still trying to sell to me when it is in the cupboard.’

However, Adrian Goldthorpe, vice-president of strategy and innovation at FutureBrand, says the Kleenex for Men redesign was about making the packs sit comfortably with contemporary home design as people hunt for brands that look good on the kitchen shelf or the mantelpiece. The Kleenex for Men redesign has tapped into a trend towards minimalism at home. ‘We live in a busy, frantic world in work and family life, so people want their homes to be less cluttered, with less visual noise, to be simpler and more appealing,’ he says. He believes the Kleenex for Men design, with its icon of a large X, gives the brand this minimalist appeal.

Apart from changing pack designs, brands are also experimenting with new formats, such as putting Marmite into a squeezy bottle and moves to put mayonnaise and tomato ketchup into similar dispensers. ‘It keeps the pot boiling and may persuade some new consumers to try the brands,’ says Satkar Gidda, sales and marketing director at Siebert Head. But, he adds, ‘Brands have become safe and conservative. Retailers’ own-labels have become far more innovative – the retailers are acting like the brands used to.’ 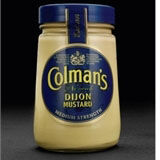 Gidda criticises the Walkers revamp, saying its typeface looks like something ‘from 20 years ago’ and that the use of gold is also old-fashioned. But Greg Taylor, brand innovation director at Elmwood, believes the pack design is tapping into the nostalgia craze. ‘I think they have gone for a more retro look. People seek comfort in the past.’ He also believes consumers do not welcome radical revamps, as they may think it means the product itself has been reformulated.

Consumers are quickly bored these days and always in search of new sensations. Meanwhile, the encroaching supermarket own-labels are putting pressure on the brands to up their game. But just how radical they should be in response is the toughest question designers and brand owners face.