From those wonderful folks who brought you Pearl Harbor – Jerry della Femina’s frontline report from New York’s creative ad revolution of the 1960s – has been reissued in the wake of the success of Mad Men, on which della Femina was an advisor. It perfectly complements Mad Men and reinforces my admiration for the TV show’s period veracity. I was also impressed to learn that della Femina is still actively involved in the New York agency scene. Though some of the book’s references may lack the resonances they offer an oldie, the lessons remain relevant.

He is no evangelist of pure creativity. The agency’s key task is to isolate the problem. ’Once you arrive at the problem,’ he says, ’your job is really almost over, because the solving of the problem is nothing. The headache is finding out what the problem is.’

In his seminal 1980s study Winning Ways, designer James Pilditch quotes a checklist from the Massachusetts Institute of Technology. It begins, ’Do you have difficulty in isolating the problem?’ It can require an outside talent to redefine the problem. Della Femina and Pilditch both knew this and I learned it when I started my own consultancy. The problem as stated by the client brief often disguises the real problem. One client, a service company, instructed us to produce a leaflet.

We asked if first we could do a communications audit, and this revealed a wide selection of items with little overall coherence and a disproportionate amount of leafleting. Leaflets were part of the problem.

Another New York creative is equally problem-centric. Designer Milton Glaser’s maxim was ’the answer is in the question’. Redefining the problem is not the same as ducking it or modifying it to fit your prepared solution but getting to its essence. Get the problem right and then make love to it, suggests Glaser.

A brilliant example of this was a 1960s TV ad for Heinz tomato ketchup. Simple, all close-up, hand plus bottle. Hand shakes bottle. Nothing happens. Shakes again, fiercely. Sauce emerges. Voice over explains that Heinz tomato ketchup is full of good stuff, but shares the viewer’s suspicion that other sauces (shot of ’other’ bottle under a tap) get round the problem. Reason for Heinz ketchup’s ’problem’ (its slow-moving thickness) now explained, hand pats bottle.

Admitting your product has a problem was a breakthrough approach. The classic was Doyle Dane Bernbach’s Volkswagen ’Lemon’ print ad showing the Beetle next to the pejorative headline, but explaining that because every single VW is thoroughly checked, occasionally a rogue vehicle (or ’lemon’) is detected.

The approach reached Britain. An ad for army recruitment chose to answer young men’s resistance to military uniformity by capturing their attitude with an illustration of a soldier in a ’painting by numbers’ format. Having admitted a negative perception, the army proceeded to disabuse the sceptical reader.

A few years later a Metropolitan Police graduate recruitment ad pictured a young man holding a newspaper featuring a previous ad and, looking at the camera, commenting, ’Join the police and spend the next two years on the beat. Where’s the intellectual challenge in that?’ Again, the body copy put the advertiser’s case.

Grasping the nettle in a risk-averse culture was, of course, what della Femina had done. ’From those wonderful folks who brought you Pearl Harbor’ was his headline suggestion when his agency started working on Panasonic. The ad never ran, but the line lives on 50 years later. 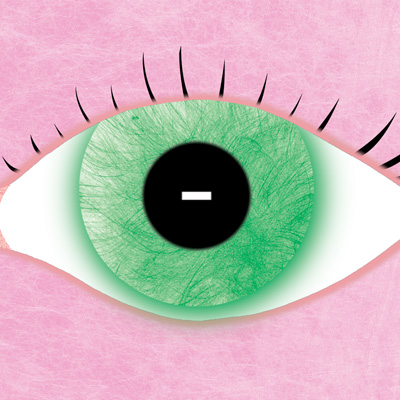 Back to basic techniques that chime with straitened times

Harrison Design Company works on TGI Friday’s in US