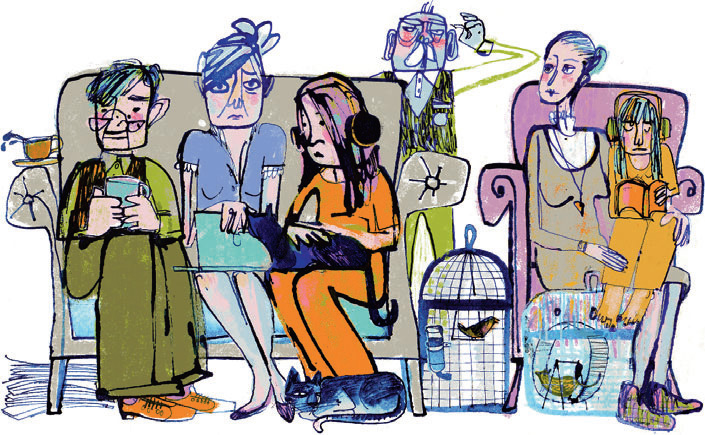 Sheffield Hallam University will host a conference next month which aims to explore the different ways in which designers use drawing as part of their creative process.

The Working Drawings conference, which will be held at the university on 3 December, will see illustrators Jill Calder and Roderick Mills and designer Steve Smith, also known as Neasden Control Centre, share and discuss their working drawings and how they inform their finished designs.

Aware of a growing curiosity about designers’ processes and cultural movement away from computer-based creating, organiser and Sheffield Hallam University visual communications senior lecturer Lee Ford sought designers who use drawing as an integral part of their working practice, from reportage and pictograms to topography and blueprints.

Ford says, ’Understanding how other designers think, look and, ultimately, communicate can offer rare insights into the design process. You gain an altered perspective, which may lead you to think differently about what motivates the designer.’

For illustrator and film-maker Mills, drawing is a process integral to his research ’journey’, as well as to generating ideas. He sketches research material continuously and uses drawing as a way of fully understanding the connection between elements of a brief. He says, ’Drawing is an editing process. You “visually quote” parts of your research to create a final outcome.’

For Neasden Control Centre’s Smith, drawing is ’a conscious sub-conscious process’ and an essential instrument to understanding form. It is a method of looking and seeing, and is a key element of his finished work. At the conference Smith will be discussing more than 50 drawings created while working towards the exhibition More With Less at MU Eindhoven in The Netherlands. Smith says, ’My practice is driven by process. I was born in an analogue world and now live in a digital one and a lot of the exhibition in The Netherlands is about that.’

Calder, whose distinctive illustrations can often be seen in The Guardian and will feature in the Visa worldwide Christmas campaign, believes that as well as being vital to creating a strong end product, drawing is essential to communicating with clients, especially at speed.

She says, ’Drawing a picture cuts right through that and gets to the heart of what the job is and could become.’

Studio Myerscough director Morag Myerscough, who will be exhibiting her working drawings at the conference, agrees. ’People draw to explain something accurately, as everyone visualises words in different ways,’ she says.

For most projects, Myerscough creates ’sketch walls’, where research, drawings and ideas are spread out over a large space akin to a sketchbook.

Although Myerscough has always worked in this ways, she feels greater client demand for workshops makes a sketchbook style of working more useful. She says, ’When you’re doing a big project with a school or something, it is important to involve the stakeholders and show the head teacher, for example, where your thoughts are coming from.’

Despite the different ways in which the speakers use drawing, all agree that the skill is essential for formulating ideas and should be a key part of design education.

Calder says, ’We live in the age of the artful mock-up. I sound harsh, but maybe it is a deeper-rooted thing, where the whole education of kids is geared towards using computers for everything now and so they forget how to pick up a pencil and draw. Surely this must have a knock-on effect on our business.’ 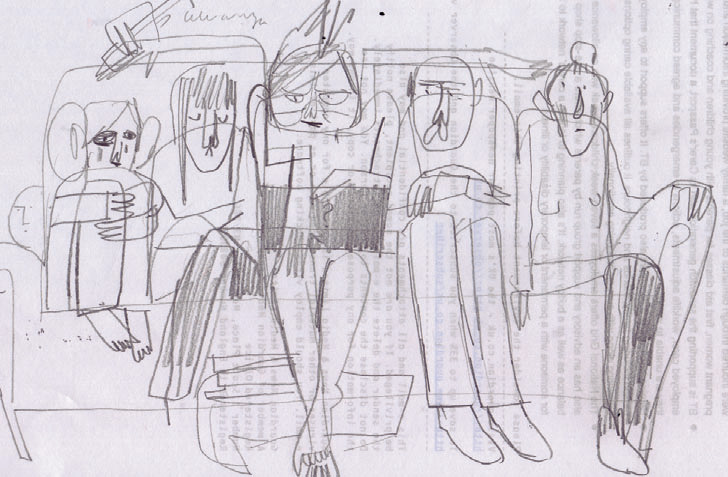 Sketches by Jill Calder for the conference poster, designed by Dot, and to accompany a Guardian article called Sandwich Generation

Working Drawings will feature work by: