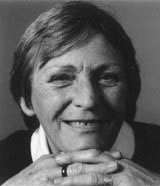 Jane Priestman is poised to begin advisory work for Central Middlesex Hospital in her first role as an enabler for the Commission for Architecture & the Built Environment.

Priestman will work with the hospital advising on how best to spend money on design, best practice in design and putting together a brief for design work.

Cabe hopes that work will start by the end of the year, says a spokeswoman. Priestman says she has joined Cabe to help clients look more broadly at design.

‘I will look at NHS issues and will start work on Central Middlesex Hospital. This will include looking at communications and landscaping, but we don’t know exactly what we are going to do yet,’ she says.

Cabe enablers give advice to clients at a very early stage in the project. They work on a number of projects a year and are paid by Cabe at a daily rate.

‘Jane Priestman has experience as a client herself, having previously worked with Railtrack [then British Rail], so she is well-suited to working with clients,’ says the spokeswoman.

Cabe is the Government’s architecture and design watchdog. It was set up in 1999 to ensure excellence is achieved in new building projects, particularly where public money is spent.