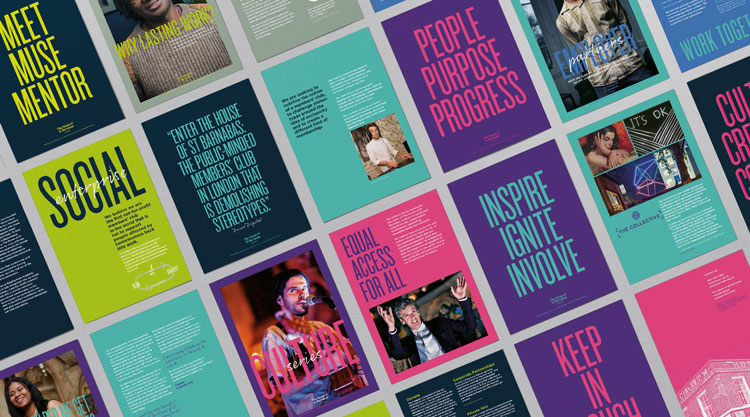 Pearlfisher has designed a new brand identity for House of St Barnabas, a charity that helps homeless people in London get into work.

The charity, which is based on Greek Street in London’s Soho, was founded in 1862 and is attached to a private members’ club, the proceeds of which go towards funding it.

The money goes towards the charity’s Employment Academy, which looks to reintroduce homeless people and those excluded from society back into work.

Pearlfisher’s new branding aims to “elevate the charity to a level equivalent to that of the members’ club”, and represent the “disparity” between the two sides of the building, says Pearlfisher strategist Molly Rowan Hamilton.

“We were struck by the contrasts and juxtapositions that characterise the experience of The House of St Barnabas,” she says. “The disparity between the building’s historic exterior and the modern art hanging on the walls inside, and the idea that people previously excluded from society are being re-socialised in what could be seen as a highly exclusive environment.”

The studio has expressed this through creating “contrasts and incongruity” in the design, says lead designer Jess Phillips. This includes a palette made up of “neon brights” and “muted colours” that are taken from the building’s interior walls, and mixing “bold typography” with “handwritten script”.

The new look has now rolled out across signage, print materials such as leaflets, postcards and menus, business cards, stationery and online platforms. 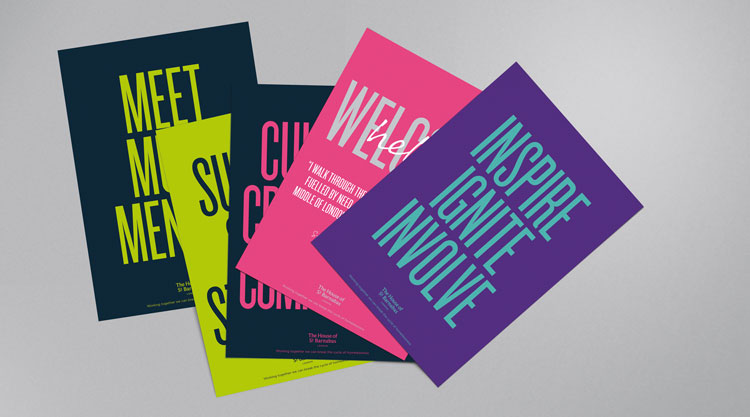 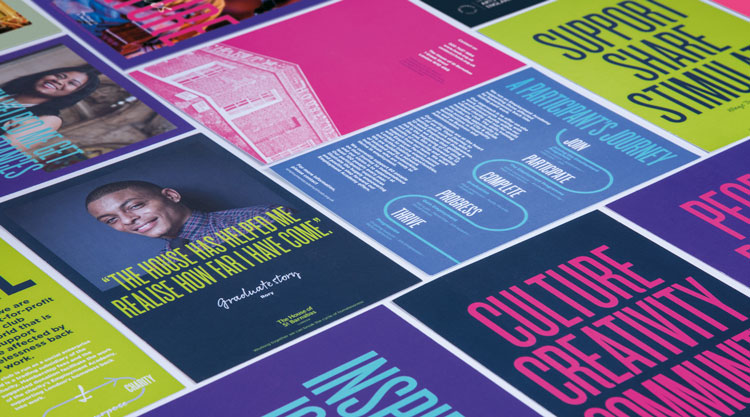 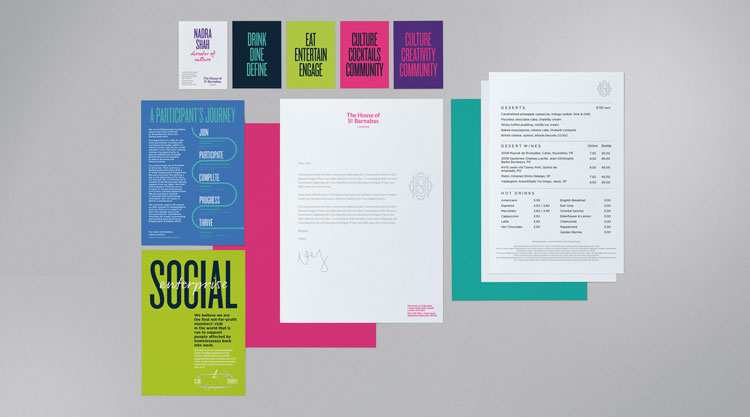