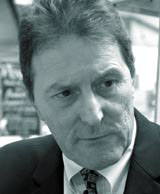 All eyes have been on Birmingham recently, but for reasons other than House of Fraser’s Kinnersley Kent-refurbished Birmingham department store, which opened earlier this month. The Bullring may have captured the headlines, but HoF is making news of its own. The store’s World of Food offer marks the modern-day regeneration of the company’s decades-old food business, and is HoF’s newest venture to date.

The aptly-named Tony Sweet, HoF’s director of food, has driven the venture, after being poached (if you’ll excuse the pun) from Harvey Nichols in February 2002. It’s difficult to imagine a retailer more passionate about food: a ten-minute discourse on the subtleties of cheese packaging goes a short way to prove this.

Sweet joined his family’s butchers business aged 16 in 1961 and has since carved his way through the biggest department store brands in the UK. He oversaw Selfridges’ Oxford Street food hall refurbishment in 1989, and then joined Harvey Nichols shortly before its Fifth Floor food operation opened in 1992.

The three stores all have sites in Britain’s second city now. So how will HoF’s food offering compare with its two biggest rivals? ‘We’re in healthy competition with Selfridges,’ says Sweet, in his West Country twang. ‘Of the three prestigious retailers in Birmingham, Harvey Nichols’ [food hall] is quite small and Selfridges is premium and gifty. We have the full offer.’

World of Food is part of the ‘way forward’ for HoF, he says. Food, along with fashion, cosmetics and home, are the four key areas it is focusing on. The food hall concept does not yet have a fixed roll-out programme – Birmingham is a trial of sorts – but there are early plans afoot to introduce it to a proposed new-build site in Croydon.

HoF has had food offers throughout its history. It was particularly strong in the 1960s and 1970s, but less of a priority in the decade that followed as profits dwindled, says Sweet. ‘HoF was traditionally known for its food. We’re getting back into it.’ Although Sweet has championed HoF’s 21st century food offer, the impetus ultimately came from chief executive John Coleman, who was ‘passionate’ about the concept, along with the board.

The Birmingham food hall, located on the lower ground floor, is ‘modern, but not space-age’ and ‘clean, but not clinical’, Sweet says. His initial doubts about the group’s lack of food knowledge were dispelled early on, mainly because of the excellent work it was doing on the rest of the store, he says.

The space features an organic curved layout, a far cry from supermarket aisles, and food ‘islands’ dotted throughout. Apart from the ‘bloody pillars’ that serve to support the basement space, the hall encourages a natural, free flow of people from island to island. There are no high shelves ‘as in supermarkets’ and Sweet baulked at suggestions from within HoF that consumers be greeted with fresh vegetables as they enter.

‘People’s awareness of design is high. Food halls in particular must not alienate consumers, because it’s such as an interactive environment. They must be welcoming, not threatening or overly contemporary,’ he says. Lighting is hugely important, as poorly lit food can look unappetising at best, he says. World of Food features low-heat ‘barrow lighting’ to allow the food’s natural colours to come through.

The food itself, as the name suggests, is indeed a mix of the best of world cuisine. Four central counters, complete with high stools for perching purposes, feature European, southeast Asian, Indian/ Balti and central/ southern (Mexican and BBQ-type food to you and me) offerings. The Indian food had to be done well or not done at all, Sweet says. ‘This is Birmingham after all,’ he says.

A bakery, patisserie, coffee shop and cafÃ©, cheese-, meat- and fish counters, wine shop and central fresh vegetables and fruit ‘stall’ add to the offer, all designed to appeal to ‘foodies’ as well as people dropping by for a few provisions or a larger shop.

Own-label makes up around 10 per cent of the food offer and permeates every food type from pasta to tea to wine. Some 3 to 4 per cent of wine is own-label and a range of own-brand Christmas food will hit the store soon. Packaging, also by Kinnersley Kent, is high quality and extends to World of Food-branded boxes, wrap and tissue paper as well as three bag sizes. ‘Own-label isn’t cheap to invest in. Design and packaging play an important role,’ he says. ‘People always want it. We hope to grow [own-label] to around 40 per cent of our total offer.’

Terence Conran came to the opening of HoF Birmingham, and sought out the food hall. He and Sweet have known each other for years. So what was the Conran verdict? ‘He came down to World of Food, sniffed and said “very fresh”,’ recalls Sweet. And that, to a former butcher and ardent foodie, is the ultimate compliment.